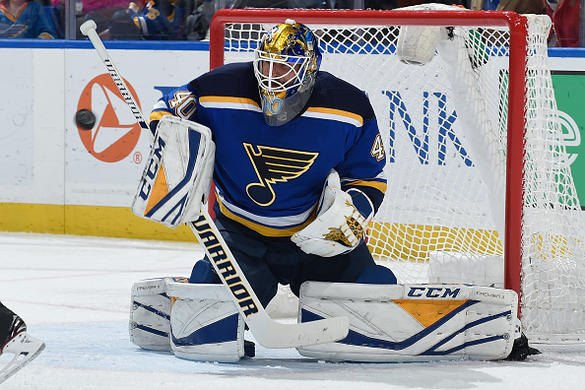 Though there are rumors that St. Louis is currently seeking a trade for another No. 1 goaltender, it certainly appears as though Hutton has supplanted Jake Allen as the Blues' No. 1 man in goal. The 32-year-old Hutton--an eight-year journeyman pro whose career high in games played (40) and wins (20) came with Nashville in 2013-14, is currently second in the league in both goals-against average and save percentage. Wow!

The 26-year-old DeSmith is somewhat similar to Hutton: he is currently in his third professional campaign and first in the NHL at an advanced age. He recently made three consecutive starts for Pittsburgh (2-1-0, 1.35 GAA and .960 Sv%), which forced the team to send down rookie Tristan Jarry back to the AHL. With Matt Murray constantly dealing with injury issues (and more recently a family tragedy), DeSmith is worth a pickup.

This is a good comeback story, since Janmark missed all of 2016-17 due to a serious knee injury. Dallas did not know what to expect upon his return to action this season, especially with a new head coach (Ken Hitchcock) in tow. However, the versatile Swede has been a very solid performer and continues his ascent as a point producer in the NHL. Next season could be Janmark's breakthrough campaign, but for now he is a short-term asset. 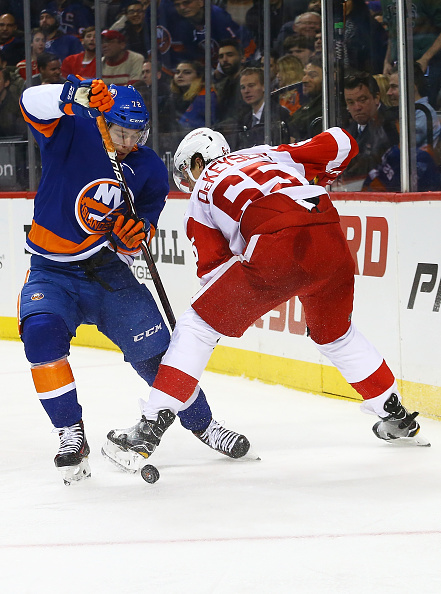 The 20-year-old forward has good speed and a very mature, two-way game. His offensive ability is a work in progress but he is starting to light the lamp with regularity. In fact, Beauvillier has registered two goals in each of his last two contests. Furthermore, he has potted eight tallies in the Islanders' last seven games. Currently replacing the injured Andrew Ladd on New York's second line, Beauvillier should be a short-term pickup.

Frustrated Drouin fantasy owners might have already dumped the former Lightning wunderkind in year-to-year leagues, so now is the time to pick him right back up. A mega-talented and creative forward who is simply too good to struggle for an entire NHL season, Drouin is showing signs of fantasy life (a 3-point effort vs. Colorado earlier this week). He is still a better fantasy bet as a winger but seems to be getting over the hump at center.

As long as Nick Leddy resides on Long Island, Pulock will never be able to fully grab the team's power-play quarterback role. That said, Pulock is finally seeing regular playing time with the Islanders and recently registered five points in a lop-sided road victory at Chicago. While the 23-year-old Pulock still has a few defensive warts to clean up, his offensive ability excites his fantasy owners. He is even on the keeper radar.

It has now been close to a month since Simon's last recall from Wilkes-Barre/Scranton of the American Hockey League, and most of his time in the NHL lately has been spent as Sidney Crosby's left-winger. That alone garners plenty of attention in fantasy circles. He has also been reasonably productive at the NHL level this season (15 GP, 2-5-7), so Simon could be in the big league to stay. Take a chance on him and hope for the best! 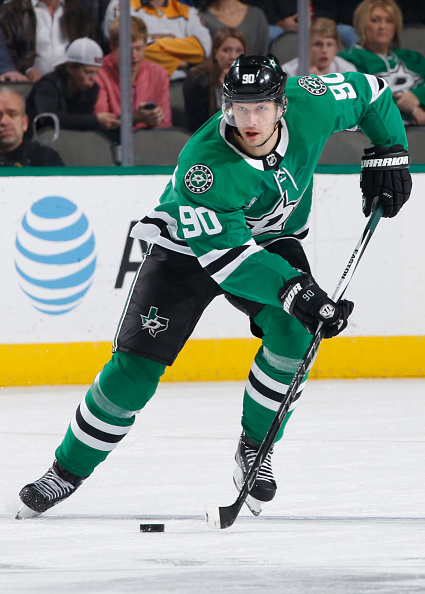 It has been a very tough season for the 34-year-old playmaker, who has spent a lot of time on the Stars' fourth line and was even a healthy scratch once. That said, Spezza is a natural point-getter who produced 50 points last season and averaged 64 points in three campaigns (2 with Dallas, 1 with Ottawa) prior to that. So, the man can put up points. If this is the start of a redeeming run of production, it is time to get on board the Spezza train!

While he currently sits fourth on Florida's goalkeeping depth chart, Montembeault is quite likely the Panthers' goaltender of the future. After all, No. 1 man Roberto Luongo is currently injured and will turn 39 years old in early April. Backup James Reimer is almost 30 now and has never been able to solidify a No. 1 job anywhere before. Meanwhile, Finnish third stringer Harri Sateri is a 28-year-old journeyman. Montembeault is the future.

The Stars were expected to become a defensive monster under coach Ken Hitchcock this season. Instead, Dallas is currently tied for seventh in goals per game (3.08 GF/GP) and 26th in goals-against per game (2.61 GA/GP). This is still an offensive club, even if it is one in transition. Therefore, grab as many Stars players as available--including Finnish rearguard Lindell, who plays alongside Norris trophy candidate John Klingberg. 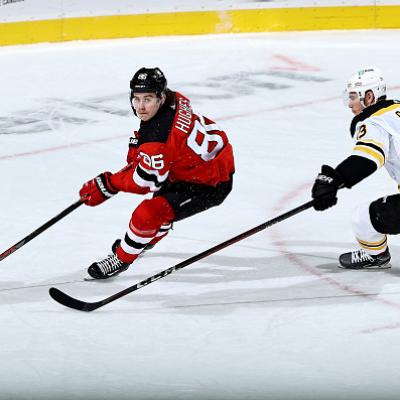 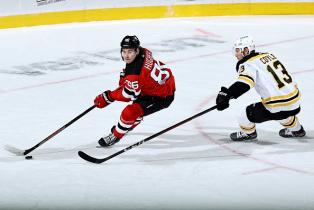 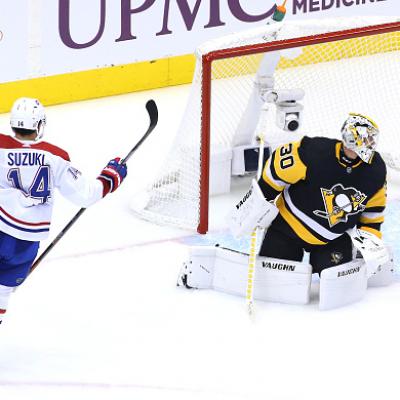 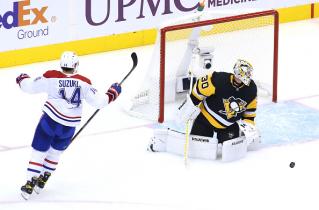 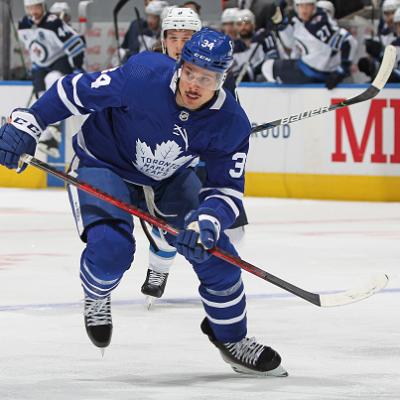 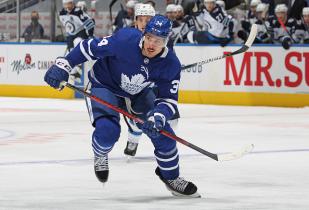 NHL Mathew Barzal picks up 1G, 2A in win over Devils

J. Quick - G
LA
Jonathan Quick made 24 saves in Thursday’s 4-2 win over the Colorado Avalanche.
Quick allowed two goals on a total of 26 shots and finished the night with a .923 save percentage. This is the highest save percentage that he has put up so far this season. After allowing two goals in the first, Quick kept Colorado off of the scoreboard for the rest of the game and allowed his team to come back. This win marks the first win of the year for Quick, and his season record now sits at 1-0-2.
Added 1:24 am (EST)
Added 1:24 am (EST)

A. Kopitar - F
LA
Anze Kopitar notched two assists in Thursday’s 4-2 victory over the Colorado Avalanche.
Kopitar picked up the primary assist on a goal by Drew Doughty at the start of the second, which kicked off scoring for the Kings and cut the Colorado lead in half. With under five minutes left in the game, Kopitar picked up another primary assist, this time on the game-winning goal scored by Adrian Kempe. Kopitar now has six assists so far this season and leads the league in that category. Kopitar also now has put up two points in back-to-back games.
Added 1:19 am (EST)
Added 1:19 am (EST)

H. Miska - G
COL
Hunter Miska allowed three goals in Thursday’s 4-2 loss to the Los Angeles Kings.
Miska made a total of 23 saves on 26 shots and finished the night with a .885 save percentage. This game also marked Miska’s first NHL career start. After not allowing any goals in the first period, Miska gave up two in the second and one in the third that sealed the loss for Colorado. This is only the second game the 25-year-old has played in, and the first as a member of the Avalanche organization.
Added 1:12 am (EST)
Added 1:12 am (EST)

J. Allen - G
MTL
Jake Allen made 14 saves in Thursday’s 7-3 win over the Vancouver Canucks.
Allen allowed three goals on a total of 17 shots and finished the night with a .824 save percentage. Two of the goals that he allowed came on even strength and one on the power play. Vancouver put up very few shots on net in this matchup, and thus Allen did not face that much pressure, but nonetheless came out of this one with a win. This is his second win of the year and his season record currently sits at 2-0-0.
Added 12:52 am (EST)
Added 12:52 am (EST)

J. Armia - F
MTL
Joel Armia exited Thursday’s game against the Vancouver Canucks after a high hit to the head.
Armia put up a stellar performance in this matchup, posting a total of four points. However, late in the third period Vancouver Canucks defenseman Tyler Myers committed an illegal check to the head against Armia. Myers was given a five-minute major and a game misconduct as a result of the play. Myers was eventually ejected from this matchup. After the hit, Armia did not return to finish the game.
Added 12:47 am (EST)
Added 12:47 am (EST)

J. Armia - F
MTL
Joel Armia put up a four-point night in Thursday’s 7-3 win over the Vancouver Canucks.
Armia started out this season in a bit of a slump, as prior to this game he had only one point in four games. However, tonight the tables turned, as he picked up two goals and two assists. Armia picked up the primary assist on the first goal of the game, scored by Tyler Toffoli under two minutes into the first. Four minutes later Armia picked up a goal of his own, his first one of the season. Armia started off the second period with another assist, and then ended that period with his second goal of the night. It was a great performance in his 300th career game, but unfortunately Armia exited the game towards the end after a high hit by Vancouver’s Tyler Myers and did not return.
Added 12:37 am (EST)
Added 12:37 am (EST)

T. Demko - G
VAN
Thatcher Demko allowed seven goals in Thursday’s 7-3 loss to the Montreal Canadiens.
Demko saved 35 out of a total of 42 shots and finished the night with a .833 save percentage. Demko gave up a goal to Tyler Toffoli under two minutes into the game, and under four minutes later gave up a short-handed goal to Joel Armia. In the second period Demko gave up four goals, one of which was yet another short-handed goal. This loss marks three in a row for the netminder, who has yet to win a single game this season. He has also been unable to hit the .900 or above save percentage mark in any of his games thus far.
Added 12:29 am (EST)
Added 12:29 am (EST)