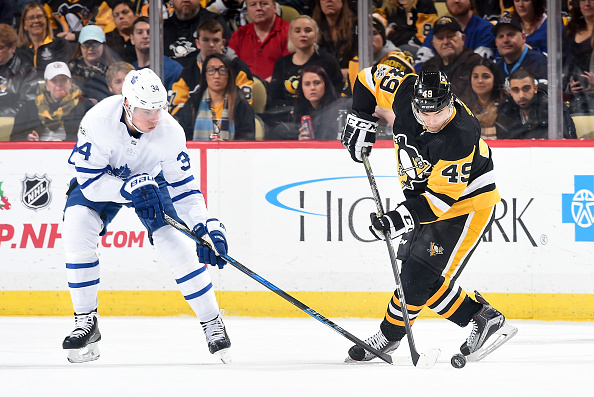 The wunderkind missed four games earlier this season due to an upper-body ailment, returned for 10 contests and is now sidelined once again. Matthews produced seven points during the 10 games he was back in the lineup, but clearly did not look like he was playing at anywhere near 100 per-cent health. With Toronto's No. 1 center out of action, both William Nylander and Patrick Marleau will continue to see time down the middle.

It was a very bad week for Vancouver and their fans in the past seven days, as the team's best player (Horvat) was injured in a game against Carolina. The Canucks have lost all three games since Horvat went down, a testament to his MVP status on the hockey club. Vancouver acquired Jim Dowd and called up Michael Chaput in an effort to replace Horvat's hard minutes, but it has not worked so far. The team needs Horvat back healthy. 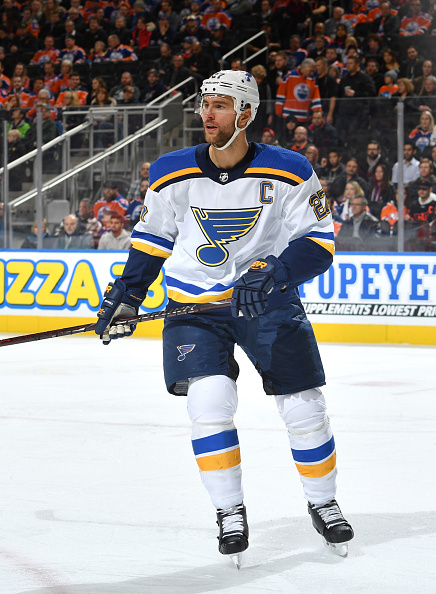 This is a real shame for Pietrangelo, who had been playing at a Norris trophy level for 30 games before going down last week. He has since been placed on Injured Reserve, so his absence could be longer than expected. With the team's defensive leader and captain out of the lineup, the Blues will use Robert Bortuzzo in his place. However, the player to watch here now is rookie Vince Dunn, who should be used more on the power play.

The Jets' veteran defenseman is tied with Tyler Myers for the team lead in blueline scoring but is expected to miss extended time due to his current issue. Byfuglien has seen his role diminish in 2017-18, thanks to the strong two-way play of both Myers and Jacob Trouba. In fact, Byfuglien has yet to score a goal so far this season. It is quite possible that Byfuglien's role in Winnipeg will continue to be reduced--even upon his return.

Despite the fact Kris Letang is currently among the NHL leaders in defenseman scoring, one could argue that Schultz is actually Pittsburgh's top offensive defenseman (and power-play quarterback). He has been missed, too, as the Penguins have lost two of three games since Schultz went down. The 27-year-old rearguard is terrific with the man advantage, so the Pens cannot wait to have him back. Chad Ruhwedel is his replacement. 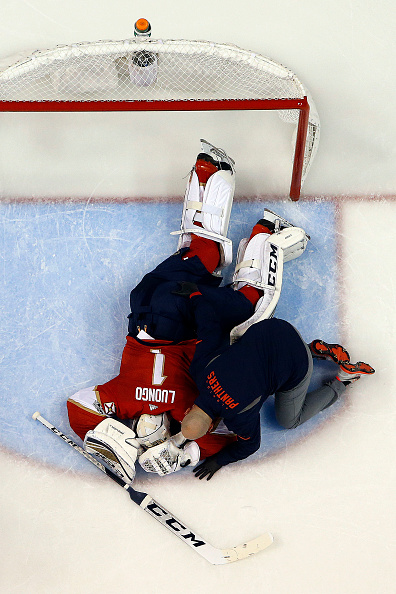 He missed six games earlier this season because of a hand injury, and now Luongo will be out for some time because of a troublesome lower-body ailment. At age 38, this does not bode well. James Reimer has stepped in for Luongo and played well as the new starter (after struggling earlier this season in a backup role). Could Reimer be in line to supplant Luongo even when the latter returns? At this point, it seems like a possibility.

It is bad enough that Vancouver lost Horvat last week, but his left-winger was also lost for an indefinite period of time with his own fracture (jaw). Ouch! Baertschi was having an up-and-down start to 2017-18 but remains a key cog in Vancouver's attack. Therefore, his loss will be felt without a shadow of a doubt. The Canucks now need their veteran forwards--the Sedin twins, Thomas Vanek, Sam Gagner and Loui Eriksson--to step it up.

Just when Anaheim got back its captain, first-line center and leader (Ryan Getzlaf), they may now have to be without Perry (Getzlaf's running mate for the past dozen seasons) for the foreseeable future. The 32-year-old right-winger slumped to 53 points in 82 games last season and had registered just six goals in 31 games so far in 2017-18. Therefore, his status on the Ducks seems to be diminishing and this injury will not help matters.

The Flyers must now ride veteran Brian Elliott as their clear No. 1 goalkeeper while Neuvirth recovers from his undisclosed problem (reportedly a leg issue). Even prior to going down, Neuvirth had made just eight appearances with Philadelphia. The talented Czech has always dealt with injury, which has often prevented him from seeing more playing time. That said, sooner or later, Elliott may revert back to his inconsistent ways.

It seems that Father Time may have finally taken a bite out of the genetic freak that is Jaromir Jagr. Since signing with Calgary, the 45-year-old Czech has missed 10 of 27 games due to a lingering lower-body ailment (probably a groin issue). Jagr has dealt with groin problems in the past, and the fact he missed all of training camp this year while awaiting an offer from an NHL club certainly has not helped matters. Is No. 68 done?