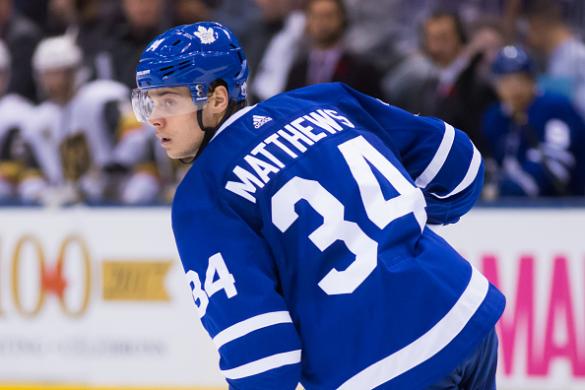 The second-year superstar has missed Toronto's last three contests (all wins), but the hope is he will be able to return to action at some point this week. Despite the team's recent success without him, Matthews is too important to the Maple Leafs' cause to be on the sidelines for a long stretch. Toronto management and coaching staff have remained mum about the nature of Matthews' injury, so there is at least a bit of concern here.

2. David Krejci, C, Bruins (returning from a back injury) 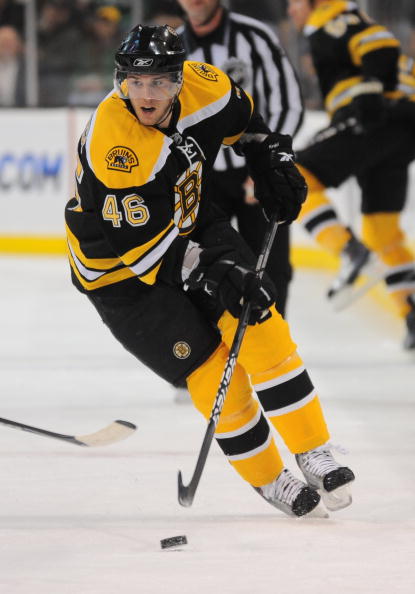 The banged-up Bruins, already missing David Backes, Ryan Spooner and Adam McQuaid, will not have either Brad Marchand or Anders Bjork during their current four-game road trip due to undisclosed injuries. The good news, however, is that Krejci made the trip to California and is expected back in the lineup soon. The bad news for Krejci is that he appears to have lost winger David Pastrnak, who is back on a line with Patrice Bergeron.

The former Penguins center did not face his former team last week but should be good to go very soon. Bonino, who has missed Nashville's last 11 games, is now the team's No. 3 center (following the recent acquisition of Kyle Turris from Ottawa). Therefore, Bonino may see a little less ice time moving forward. The 29-year-old is no longer a viable fantasy option in standard leagues, especially because of his propensity to block shots.

Another player who seems on the verge of returning to game action is the veteran Devil, who is coming back from August surgery to repair his pectoral muscles. Once Zajac returns to the New Jersey lineup, one of the club's other centers will either have to sit out or switch to the wing position (which is something Pavel Zacha already did recently). Rookie Blake Coleman is the most susceptible forward to lose playing time to Zajac.

The energetic Russian winger attempted to play through his painful groin issue recently, but was not very successful. So, the club placed Slepyshev on Injured Reserve with the hope he can heal properly. With both Slepyshev and Drake Caggiula currently sidelined with injury, and rookie Kailer Yamamoto back in the WHL, Finnish prospect Jesse Puljujarvi has received another call-up from the AHL to provide secondary scoring.

It appears no one in Anaheim has been able to avoid the injury bug (not even the veteran backup goaltender). Miller looked primed to receive several starts last week in place John Gibson (concussion), but instead went down himself. Meanwhile, Gibson returned last week and will now likely receive the majority of the starts while Miller is absent. This would have been a great opportunity for Miller to attempt to unseat Gibson. 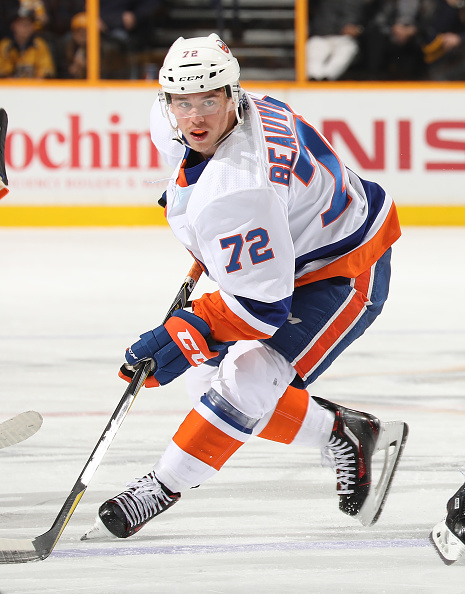 Beauvillier, one of the Islanders' bright sophomores, has been forced to the sidelines due to injury (which has meant a second chance of sorts for fellow second-year forward Joshua Ho-Sang). The latter had been banished to the AHL last month but is now back with the big club on an emergency basis. That might not give Ho-Sang a lot of time to produce the way the team wants, so he needs to bury every chance he gets this week.

The former Dallas Stars defenseman, who was claimed off waivers in October, was becoming Tyson Barrie's regular partner before going down to injury. Now, Nemeth's absence has given newcomer Samuel Girard another chance to prove he should remain in the NHL this season (rather than be sent back to the QMJHL). Girard and Barrie are currently playing together, though expect Nemeth to reclaim his spot when healthy.

With Carey Price injured, Montoya had a golden opportunity to see plenty of action in the coming weeks. Instead, he struggled in his early appearances and then went down to injury--opening the door for rookie Charlie Lindgren to take over the starting job (for the time being). Lindgren seems to have no intention of returning to the AHL, as he has so far played brilliantly in absence of Montreal's top two goaltenders. Can it continue?

This is a strange one, as Stempniak was recently taken off Injured Reserve and sent down to the AHL on a conditioning stint. While down on the farm, the veteran winger suffered an upper-body injury that may be related to his previous ailment. Therefore, Stempniak is once again sidelined indefinitely. It is a tough break for the vet, but young Brock McGinn is making the most of his opportunity and seems to have found a home on Line 2. 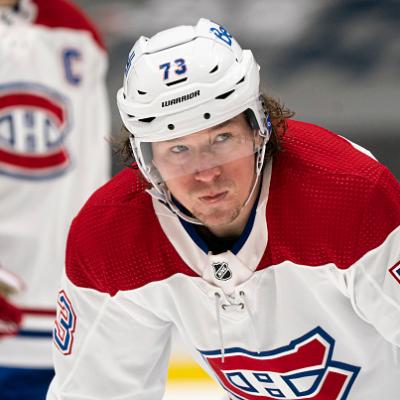 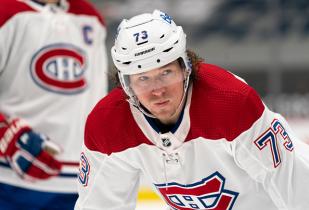 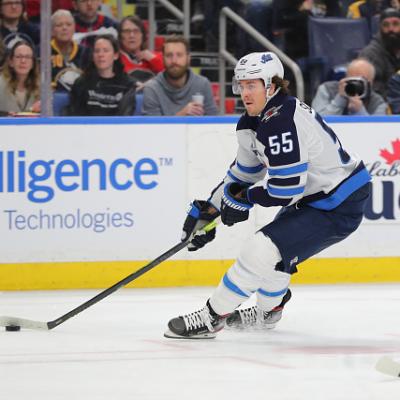 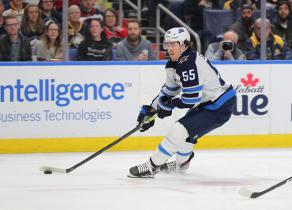 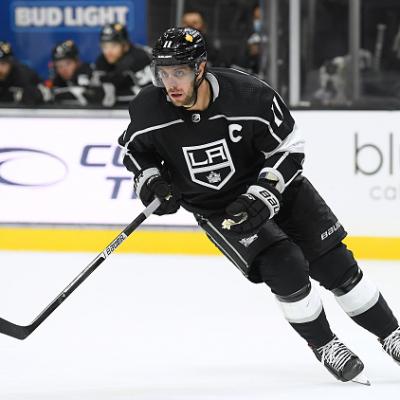 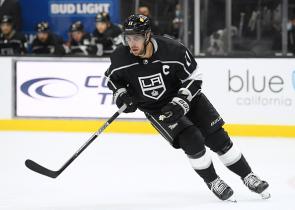 T. Krug - D
STL
Torey Krug registered a power-play goal in Saturday's 4-2 win against the Los Angeles Kings, his first goal as a member of the Blues.
Krug signed a huge seven-year, $45 million deal during the offseason with the team, but he had just one assist to show for his efforts through the first four games. It was also the first power-play goal overall for the Blues, who were 0-for-14 on the man advantage before Krug broke through. "It feels good," Krug said. "Obviously our power play was not catching any breaks there. We need to work a little bit harder and hopefully now that we've got one, the floodgates will open and we'll feel the confidence to continue to work. Hopefully it's the first of many." That's what Krug's fantasy owners are saying, too.
Added 1:27 am (EST)
Added 1:27 am (EST)

R. O'Reilly - F
STL
Ryan O'Reilly finished Saturday's 4-2 win against the Los Angeles Kings with a pair of assists for his first multi-point outing of the season.
One of his assists was No. 100 in a Blues sweater, which is a nice accomplishment. He finished the game with a blocked shot and a hit in his 21:51 of ice time across 25 shifts while winning nine of his 16 faceoff attempts (56.3 percent). O'Reilly was scoreless across the first two games, and he is still looking for his first goal of the season, but he has three points over the past three games. It's a quick turnaround, as the Blues host the Kings again on Sunday.
Added 1:22 am (EST)
Added 1:22 am (EST)

J. Binnington - G
STL
Jordan Binnington allowed two goals on 23 shots in Saturday's 4-2 win against the Los Angeles Kings.
Binnington was beaten by a laser on a one-timer from Adrian Kempe in the first minute of the second period, and he never had a chance. The second goal came off the stick of Dustin Brown during a 5-on-3 situation, so Binnington did an exceptional job for the most part. He might don the ball cap for Sunday's back-to-back situation against the Kings, allowing Ville Husso to make his first NHL start, but there is no official word on that just yet.
Added 1:18 am (EST)
Added 1:18 am (EST)

C. Hellebuyck - G
WPG
Connor Hellebuyck made 18 saves in Saturday’s 6-3 win over the Ottawa Senators.
Hellebuyck allowed three goals on a total of 21 shots and finished the night with a .857 save percentage. Despite coming out of this game with a win, this was not Hellebuyck’s best performance. In fact the Senators would have added another goal onto the scoring total if it had not been recalled as a result of being offside. This was also the lowest save percentage game Hellebuyck has had so far this year. He still comes out of this game with a win, and his season record now improves to 3-1-0.
Added 1:04 am (EST)
Added 1:04 am (EST)

A. Kopitar - F
LA
Anze Kopitar played in his 1,078th NHL game in Saturday's 4-2 road loss against the St. Louis Blues.
Kopitar moved into third place on the franchise's all-time list for games played, passing Luc Robitaille (1,077 games). He is now only behind Dave Taylor (1,111) and teammate Dustin Brown (1,188). Kopitar picked up an assist while splitting his 22 faceoff attempts, he has registered seven helpers through the first five outings, including four assists on the man advantage. Kopitar remains a solid fantasy option across most formats. The Kings are back at it Sunday in St. Louis.
Added 1:01 am (EST)
Added 1:01 am (EST)

B. Wheeler - W
WPG
Blake Wheeler picked up his 500th career assist in Saturday’s 6-3 victory over the Ottawa Senators.
Wheeler actually had a career total of 502 assists after this game, as he had himself a three point night. The milestone was reached when he picked up the primary assist on a goal scored by Kyle Connor just over eight minutes into the second period. Wheeler went on to pick up two more assists in the third, helping the Jets come out of this game with a big win. So far this season Wheeler has two goals and five assists in five games played.
Added 12:56 am (EST)
Added 12:56 am (EST)

D. Brown - F
LA
Dustin Brown registered a power-play goal on Saturday's 4-2 road loss against the St. Louis Blues.
Brown, who was demoted from the top scoring line in place of the red-hot Adrian Kempe, didn't pout, but he responded like the veteran that he is. He lit the lamp on the power play during a 5-on-3 situation, while ending up with a minus-2 rating, a shot on goal and two hits in his 16:34 of ice time across 24 shifts. Brown will look to carry over the momentum into Sunday's rematch.
Added 12:54 am (EST)
Added 12:54 am (EST)

M. Hogberg - G
OTT
Marcus Hogberg made 32 saves in Saturday’s 6-3 loss to the Winnipeg Jets.
Hogberg allowed five goals on 37 shots and finished the night with a .865 save percentage. This was Hogberg’s second appearance and first start of the season. Hogberg had a decent first two periods in this matchup, as he allowed only two goals and helped Ottawa head into the third with a 3-2 lead. However, in the last period of play Hogberg gave up three goals, which sealed the victory for the Winnipeg Jets.
Added 12:47 am (EST)
Added 12:47 am (EST)