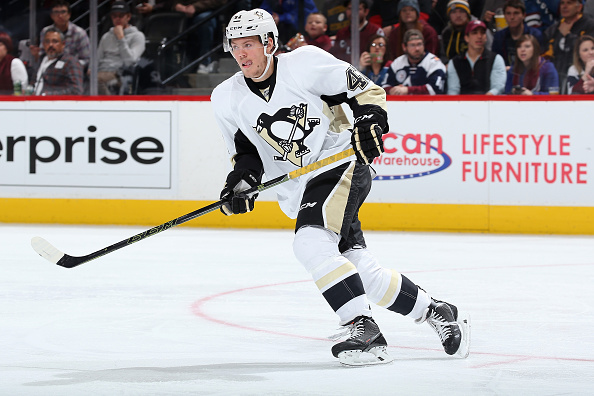 Technically, he is already a Penguin (albeit with Wilkes-Barre/Scranton of the AHL), but it should only be a matter of time before Pittsburgh fans get an extended look at Sprong--the Baby Pens' current leading scorer. A natural talent with excellent shooting ability, Sprong has tremendous fantasy upside due to both his physical gifts and the potential lineup he may soon join. He should be picked up and stashed in virtually all fantasy leagues.

The rookie from Wisconsin, who spent three seasons at the University of Notre Dame, is off to a quick start in Boston and has been placed on the team's top line alongside Patrice Bergeron and Brad Marchand. The right wing position on that line did wonders for David Pastrnak last season, as he enjoyed a breakout campaign. Bjork will continue to hold great fantasy value as long as he (and not Pastrnak) is patrolling the right side on Line 1. 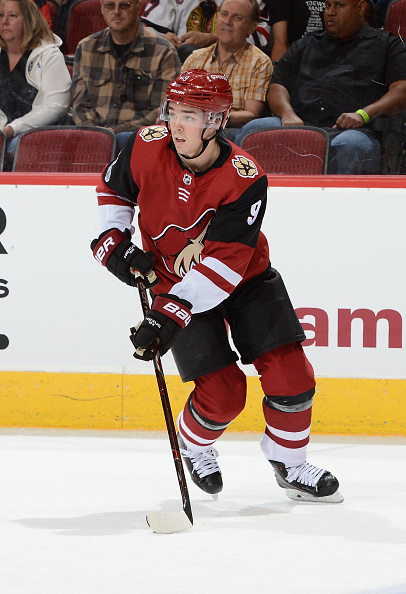 Speaking of rookies, Keller just might be Arizona's best player already as an NHL freshman. The 19-year-old forward, who was selected seventh overall in 2016, has gotten out of the gate quickly with more than a point-per-game performance (so far). In leagues where plus/minus rating is important, Keller has less value as the best member of the worst team in the NHL. Otherwise, do not hesitate to add Keller to most fantasy rosters.

With apologies to both Bjork and Keller, Sergachev might be the very best of the 2017-18 rookie class. Acquired from Montreal in the Jonathan Drouin deal during the off-season, Sergachev is already among the NHL's top blueline scorers. The 19-year-old Russian is poised beyond his years and looks NHL-ready (after all, he helped Windsor win the Memorial Cup last spring). The only caveat here: he is still eligible to return to junior hockey.

He already had value when the 2017-18 regular season began because he was centering Anaheim's top line. However, the versatile Swede is in an even better situation now that captain Ryan Getzlaf is back from injury. Rakell now appears to be Patrick Eaves' replacement as the left-winger on the top line with Getzlaf and Corey Perry. Coming off a 51-point campaign, Rakell should be snapped up in every league if still available.

After sitting for Vancouver's first four games to begin 2017-18, Nilsson has now made three appearances in the Canucks' last five games. This suggests a potential time-sharing situation in the Vancouver net with fellow Swede Jacob Markstrom. Both Nilsson and Markstrom have played well in the early going, with Nilsson holding the statistical edge. While this situation appears to be fluid, Nilsson is definitely worth picking up right now.

While Milano's ice time is still not great (he is seeing fourth-line minutes, for now), the young sniper is also appearing on the Blue Jackets' power play. That could pay dividends for a winger with five goals in his first nine games of 2017-18. Columbus has a fairly deep arsenal of forwards, so Milano might have to bide his time in a lesser role this season. That said, his ability to score with the man advantage is worthy of a fantasy pickup. 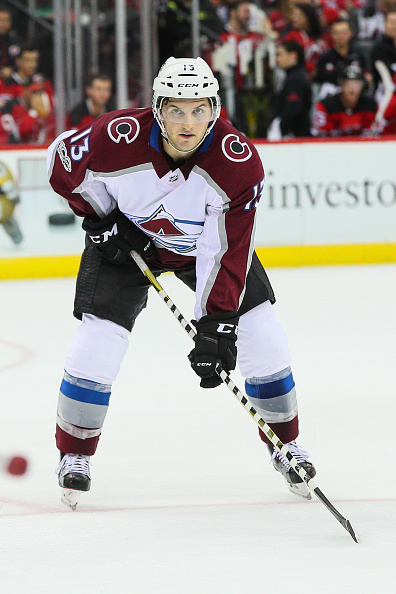 Injuries to both J.T. Compher and Tyson Jost have opened the door for rookie Kerfoot to slide into his natural center position with Colorado. A smart hockey player with mature instincts, Kerfoot is already seeing time on the Avalanche power play and has produced five points in his first nine NHL games. There should be plenty more to come. His short-term value is fairly high as long as both Compher and Jost remain out of the Avs' lineup.

Can he be worse than the man he is replacing (Antti Niemi)? With Niemi gone to Florida via waivers, 26-year-old DeSmith gets his first shot at the National Hockey League. In three appearances, Niemi went 0-3-0 for Pittsburgh with a 7.49 goals-against average and .797 save percentage! Therefore, this seems like a great situation to be in for DeSmith. The Penguins can score, so their goaltenders have value (in general).

One of Minnesota's wingers should benefit from Zach Parise's back injury that requires surgery. It could be Stewart, who has been spending some time this week next to center Eric Staal. With six goals in his first seven games this season, Stewart is currently on pace to destroy his previous career high (28). He will taper off at some point, but is worth picking up as long as Parise, Charlie Coyle and Nino Niederreiter are sidelined.