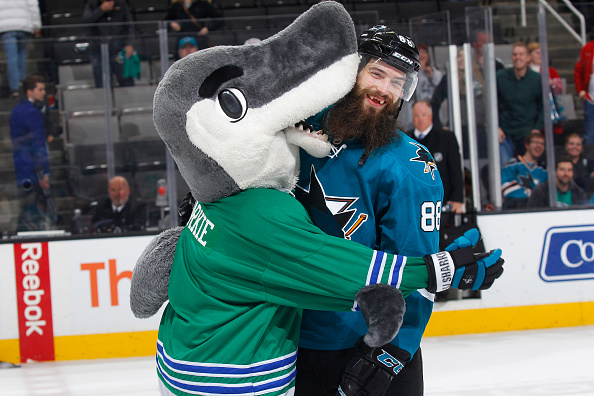 The defense position used to be separated in half: most NHL teams had offensive and defensive defensemen. More often than not, teams would pair an offensive type with a more stay-at-home defender. Nowadays, with the NHL becoming a harder league to score goals with each passing season, MOST defensemen are asked to contribute on offense (while maintaining a standard of competency in the defensive zone). That said, the NHL's top two blueliners--Ottawa's Erik Karlsson and San Jose's Brent Burns--played alongside veteran defensive types in Marc Methot and Paul Martin last season. Methot is now with Dallas, where he could pair with Karlsson clone John Klingberg. Here are the 20 best fantasy defensemen heading into the 2017-18 campaign:

The slick Swede needs a new partner in '17-18 (likely Fredrik Claesson or Johnny Oduya, both countrymen).

For much of '16-17, Burns was arguably the best player in the NHL. His ability to get shots to the net is uncanny.

With plenty of veterans gone from last season's squad, 'OEL' will take on a bigger leadership role in 2017-18.

In Year 2 with the Predators, expect Subban to kick it up a notch in terms of his freewheeling offensive style.

The former Predators rearguard is poised to break out this season. He is a complete defenseman in every way.

The Swiss blueliner is among the most mobile defenders in the league but his brain is catching up to his wheels.

Big Hedman was (arguably) the most complete defenseman in the NHL last season. He can do it all on the ice.

Few defensemen are as good as Doughty in all aspects of the game. His offense should spike up this season.

The Bruins' power-play quarterback has carved out a solid partnership with stay-at-home type Adam McQuaid.

He will likely be paired with Marc Methot this season, so Dallas is hoping for an Erik Karlsson-like performance.

Carolina boasts great young blueline talent but Faulk remains their offensive leader. He might bust out in '17-18.

Speaking of busting out, Leddy is a candidate to enjoy a career year in '17-18. His supporting cast is improving.

The Sabres will not hesitate to feed the Finnish rearguard loads of ice time. His overall game is developing well.

If he could stay healthy, Letang would leapfrog over most players on this list. Alas, he always seems to be hurt.

He really turned it on last season and is now entrenched as one of Calgary's top all-around blueliners.

While Colorado could struggle again this season, Barrie should still accumulate his fair share of assists.

Winnipeg is witnessing a changing of the guard, as Trouba is on the verge of becoming a true No. 1 defender.

While he is always a good pick, his value goes up to start '17-18 due to the S. Vatanen and H. Lindholm injuries.

It was a harder sophomore campaign for Gostisbehere in '16-17, but he will always be able to produce points.