Rookies are all the rage in fantasy sports and fantasy hockey is no different. Here's a look at 20 fresh faces you should know for the upcoming season. 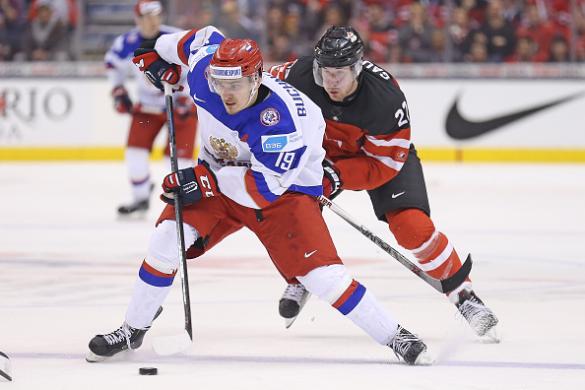 A lot of fantasy draft junkies get excited about the new crop of first-year talent that enters the NHL every season. The 2016-17 campaign should be no different. That said, it is not wise to choose too many rookies in your fantasy hockey league (especially in non-keeper leagues), mainly because freshmen are unpredictable for the most part. They can burst onto the NHL scene for 50-60 points, or they can struggle to find ice time and suffer through growing pains. Here is a list of the top rookies for '16-17. Some of these names may make a big impact:

He was merely the No. 4 overall selection in this year's NHL draft but Puljujarvi has a chance to make the biggest rookie impact. That is because he landed in a great spot in Edmonton, a team with three quality playmaking centers (Connor McDavid, Leon Draisaitl and Ryan Nugent-Hopkins). Puljujarvi could shine early.

Puljujarvi's more charismatic countryman is a pure offensive threat who should also make an instant impact with his new team. Laine may also benefit from playing for a Jets squad that is probably better than Edmonton at this point. The flashy Finn has everything needed for success at the NHL level, but he does not have a McDavid.

Remember him? The 22-year-old upstart goaltender surprised many by leading the Penguins to the Stanley Cup title last spring. Now, Murray looks to do like former Montreal Canadiens star goalkeeper Ken Dryden (who won the Calder trophy as the NHL's rookie of the year in '71-72, the season after winning the Stanley Cup).

Last season, Chicago's Artemi Panarin made a huge impact on the NHL after coming over from Russia. Buchnevich will probably fall short of those expectations but should be a quality freshman with the Rangers. He may be more NHL-ready than new teammate Jimmy Vesey, since he spent parts of four seasons in the KHL.

While Rantanen is Finnish, he is a lot like a Swiss army knife who can play any role and at any forward position. Since the Avalanche are deep at the center position, look for Rantanen to begin 2016-17, his official rookie campaign, on the wing. The big, towering forward should play a vital role right away for the retooling Avs.

Bjorkstrand earned his way onto this list by producing four goals and eight points in 12 NHL games late last season. He then added 10 goals and 16 points in 17 AHL playoff contests. While he is not very big, Bjorkstrand owns a lot of natural instincts for scoring goals (which is what fantasy leaguers love). He is very intriguing.

The Devils took a little pressure off Zacha by acquiring proven star scorer Taylor Hall from Edmonton this past off-season. Hall, along with 2015-16 leading scorer Kyle Palmieri and late-season scoring sensation Devante Smith-Pelly, should all help Zacha get acclimated to the NHL at his own pace. By season's end, he will deliver.

Aho is among the most underrated rookies who could blossom in Year 1. He is supremely talented and has already appeared in two WJC tournaments, as well as one world championship and the 2016 World Cup of Hockey. At 19, he looks ready for the big-league challenge. Carolina could certainly use his offensive skills. 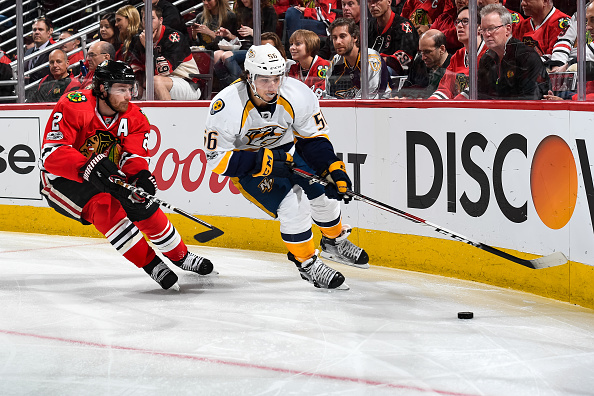 Many expected the slick Swiss winger to make an impact last season, but he instead needed one more year in the AHL to get better acclimated to the North American pro game. Fiala produced 50 points in 66 games for the Milwaukee Admirals in '15-16, and added one goal in five games with the Preds. He should be ready now.

The Blackhawks have used a wide variety of players up front in the last few seasons, mostly out of necessity due to their salary-cap situation. However, several young forwards have a chance to emerge this season. Motte, who was a scoring star in the NCAA ranks, has a chance to make an impact on a scoring line if he adjusts quickly.

Barzal is one of the main reasons why the Islanders were comfortable in letting veteran center Frans Nielsen walk as an unrestricted free agent (Detroit) this past summer. The 16th overall pick in 2015 almost made the Isles last training camp, so his chances this year are very good. The natural center may be used on the wing.

There is plenty of competition up front for Detroit this year, especially after the emergence of Dylan Larkin and Andreas Athanasiou last season (plus the arrival of vets Frans Nielsen, Thomas Vanek and Steve Ott). As a result, Mantha may remain stuck in the AHL to begin 2016-17 but could make a big impact in the second half.

The Coyotes have several young forwards entering their first or second seasons in the NHL, so Arizona should be a formidable contender for years to come. Strome is a big part of the future and a virtual lock to make the opening night roster after preseason. Look for Strome to center the second or third line in his rookie campaign.

Toronto has several rookies hoping to crack the NHL roster, with Nylander being the most likely to make a fantasy impact in 2016-17. He may eventually play center in the NHL but will probably spend most of this season on the wing. He has already tasted life in the NHL, so he may have an advantage on many others on this list.

Like teammate Tyler Motte, Schmaltz will try to crack the Chicago lineup as a rookie out of the NCAA ranks. Unlike Motte, however, Schmaltz has not spent any time in the AHL. Therefore, the 'Hawks might decide he needs a little minor-league seasoning. Still, Schmaltz has a lot of skill and plenty of talent surrounding him.

The No. 1 overall pick in the 2016 NHL Draft will be the man in the spotlight for Toronto on most nights, and he should play an important role right away. However, his long-range fantasy upside is greater than his short-term value because Matthews will be asked to play a complete game for the Maple Leafs. Do not overrate him.

A natural playmaker, Dvorak may need a little AHL seasoning in order to play the center position the way coach Dave Tippett wants (great at both ends of the ice). If Arizona wants to keep his offense in the lineup opening night, Dvorak might be moved to the wing in order to accelerate the process. He can rack up points.

Rookie fantasy defensemen are difficult to predict, and most freshmen rearguards look to get their feet wet at the NHL level before becoming a major part of the offense. That all said, Provorov has a chance to be special. An all-around performer, the gifted Russian is a stud in the making on a team that needs to inject more talent.

The Flames needed a player like Tkachuk for their top-six forwards, since he has the abrasive attitude and go-to-the-net style that they were missing. Despite being 18 years old, Tkachuk is expected to make the opening night roster and stick with the team throughout 2016-17. He comes with a bit more fantasy risk, however. Beware.

There will be a lot of hype surrounding Vesey this season, mostly because he caused a major stir by refusing to sign with both Nashville and Buffalo (opting for free agency, then signing with New York). It may be a lot to ask Vesey to make a rookie impact with the Rangers but he should be a viable fantasy option by season's end.

L. Radil - F
SJ
TSN's Brennan Klak reports that Lukas Radil has agreed to a deal with HC Spartak Moscow of the KHL.
Radil was set to become an unrestricted free agent this summer. The 29-year-old Czech forward recorded zero goals and zero assists in 14 games this season for the Sharks. He tallied seven goals and four assists over 36 games with San Jose during the 2018-2019 campaign.
Added Yesterday 4:39 pm (EST)
Added Yesterday 4:39 pm (EST)