Before heading into you fantasy hockey draft, it's important to know which players are coming into camp while still recovering from offseason injuries and procedures. 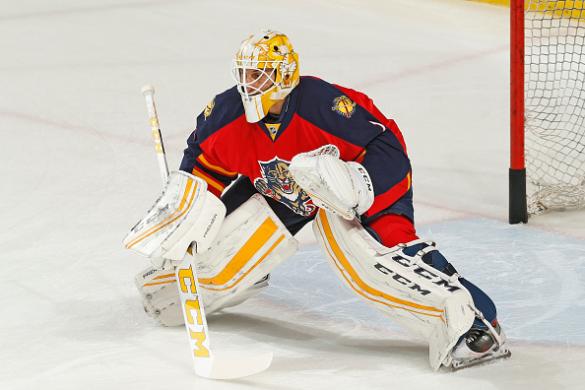 Every NHL season begins with a few injuries still lingering from either last season’s Stanley Cup playoffs or the offseason. While the majority of these players should still be drafted this year in most league formats, consider their current injuries a bit of a warning. Here are fantasy-relevant players currently dealing with injury:

The veteran sniper has not missed an NHL contest since 2009-10 while a member of the Toronto Maple Leafs. However, off-season hand surgery has put his start of 2016-17 somewhat in doubt. He will skip the preseason with the hope of being ready to play when Pittsburgh opens its regular schedule October 13 vs. Washington.

The talented Seguin was hurt during pre-tournament play at the 2016 World Cup of Hockey. He was centering the fourth line for Team Canada but was injured against Team U.S.A. The Stars will probably play the cautious card and keep their top pivot sidelined during preseason play. His injury is not considered serious at this point.

The versatile Swede was expected to miss the early portion of the 2016-17 regular season while he recovered from June shoulder surgery. However, he has made great progress during the summer rehabilitation months, so now Steen is expected to be ready when the Blues begin '16-17 on the road vs. the Chicago Blackhawks.

at home vs. the New Jersey Devils on October 13, but there are no guarantees at this point. His situation is the main reason why the Cats traded for Reto Berra and signed James Reimer as an unrestricted free agent.

The all-round rearguard pulled out of the 2016 World Cup of Hockey (he was expected to play a big role along Team Canada's blueline) because of a knee issue that may delay his start to the Blackhawks' regular season. The 33-year-old veteran has played a ton of hockey through 11 NHL seasons, so he should welcome the rest.

The quality veteran center was forced to bow out of the 2016 World Cup of Hockey because he was not fully ready to play competitive hockey as he recovers from hip surgery. While he has plenty of time to get ready for the start of the NHL regular season, The 30-year-old Krejci might be held out of preseason play as a precaution.

The promising offensive talent from the Czech Republic did not have surgery for his troublesome knee in the off-season, but his rehabilitation prevented Hertl from representing his country at the 2016 World Cup of Hockey. He has plenty of motivation to return to action as soon as possible, as Hertl does not want to lose his top-line role.

The surgery that forced Benn to skip the 2016 World Cup of Hockey is not expected to keep him on the sidelines when the Stars open their 2016-17 regular-season schedule against the Anaheim Ducks on October 13. That said, a core muscle injury can fester, so there is at least a bit of concern with Benn's health this season.

Another player who had to pull out of the 2016 World Cup of Hockey, Kronwall is currently dealing with a knee issue that might prevent him from being in the lineup when Detroit opens its regular schedule against the Tampa Bay Lightning on October 13. The Red Wings can ill-afford to lose the 35-year-old veteran for a long stretch.

10. Mikhail Grabovski, C/W, Islanders (concussion, doubtful for the start of the regular season)

Grabovski continues to be plagued by concussion issues. He has missed a total of 55 games since signing with the Islanders in 2014, and the Belorussian veteran is unsure of when he can return to active duty. With both Kyle Okposo and Frans Nielsen gone via free agency, the club was counting on Grabovski's return.

Now 24, Pulkkinen's star has begun to fade within the Red Wings organization, so he is facing a very important 2016-17 campaign. It is already off to the wrong foot, as the Finnish sniper has been slowed by a shoulder problem that required off-season surgery. He will be in tough to make the opening-night roster at this point.

The young, talented defenseman sustained an upper-body injury that was suspected to be a concussion during the 2016 World Cup of Hockey, which forced him out of the tournament. While he has plenty of time to recover in time for Florida's first regular-season contest vs. New Jersey on October 13, there is some concern here.

There was fear Andersen might not get back in the crease area in time for Toronto's regular-season opener at Ottawa on October 12, but now those fears seem unwarranted. The big Dane is ready for preseason action.

There is some concern in Nashville that Smith's lower-body issue, which surfaced during last spring's Stanley Cup playoffs, is still festering. That said, the streaky winger is still expected to be ready for game No. 1.

The big sniper was forced out of the World Cup of Hockey due to his ailment, but he seems to be on track to begin the regular season on time. Carter is an important cog in LA so the Kings will be careful here.

It seems Ekblad has recovered quickly from the suspected concussion he suffered during the World Cup of Hockey. That is great news for the Panthers, who are counting heavily on the 2014 first-overall pick.

After suffering a season-ending neck injury while with Montreal late last season, Subban showed up to his first Predators training camp with what he termed 'general soreness'. He should be fine for the season opener.

This is a big blow for Schwartz, St. Louis, fantasy owners who have already drafted Schwartz and keeper leaguers. When he returns, there is a strong possibility Schwartz will be placed on the Blues' third line.

Fantasy leaguers can safely remove the young Swede from their draft lists following news of Janmark's surgery. He is a borderline keeper in deep leagues, but might not be worth the roster spot. It is time to cut bait.

Uh-oh. The Jets can ill-afford to lose 'Big Buff' at this moment, especially with Jacob Trouba having requested a trade as an unsigned restricted free agent. There is some concern Byfuglien may have broken his foot.

There was a strong possibility that the young Swiss winger would challenge for a roster spot this preseason, but this illness will set him back a bit. Once he recovers, expect Meier to begin his pro career in the AHL.

While Yakupov's injury is considered minor, the Russian winger cannot afford to miss any scheduled preseason contests, with vet Kris Versteeg (in camp on a tryout) and rookie Jesse Puljujarvi both in the mix for a roster spot.

The Jets have several young forwards playing well during training camp, so Stafford needs to return quickly to ensure a spot on one of the top two scoring lines. Otherwise, his fantasy fortunes for 2016-17 may dip a little.

2. Oscar Lindberg, LW/C, Rangers (hip surgery, out for the start of the regular season)

It is encouraging news that Lindberg has rejoined his teammates at practice, albeit in a non-contact jersey. The problem is New York's new depth up front, which may make it difficult for Lindberg to eventually make the team.

Colorado has big plans for the talented (and versatile) Finn, who sustained his injury during the team's rookie camp. Rantanen, who turns 20 later this month, is penciled in for a top-nine forward role this season.

Dallas has suddenly a depth issue up front, with both Eakin and Mattias Janmark both out long term and Valeri Nichushkin playing in the KHL. It may force the team to make a trade before the start of the regular season.

Soshnikov's ill-timed injury, along with Connor Brown's struggles in training camp, may have opened the door for top prospect Mitch Marner to begin 2016-17 in the NHL. Soshnikov should be back in the NHL later this season.

Bjugstad was a solid breakout candidate heading into the 2016-17, so consider this injury a temporary setback. He should still be on the fantasy radar, but needs to slide down a few rounds because he will miss one month.

The mobile defenseman was expected to log a ton of minutes for the Flyers in 2016-17. That may still happen but he is not expected to return to action before November. As a result, his fantasy value is a little bit shaky.