While power play goals are often important in terms of fantasy scoring, building your draft around players who have seen strong power play time on the ice may not be the best strategy. 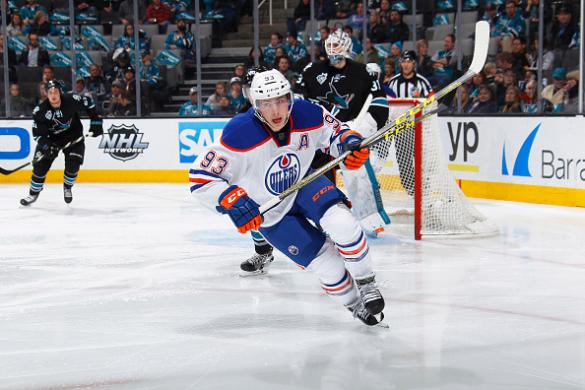 These days, it is hard to score goals in the NHL. This holds true at even strength and also on the power play. Therefore, finding the right fantasy hockey players to fill out an entire roster can sometimes be difficult. Often times, fantasy leaguers like to stockpile players who contribute regularly on a team with a good power play which can be a winning strategy. That said, power play units are rarely stagnant from year to year. Changes in personnel, changes in systems and adjustments made by the opposition all contribute to variances in power-play percentage from year to year. Therefore, last season's struggling power plays can suddenly be the ones to track, while 2015-16's top power play units might fall back to the pack in 2016-17.

Variance is not limited to power-play teams either. Sometimes, players gain or lose significant time on the power play from one season to the next, which can often shift a player's overall fantasy value severely. There are teams that will, at times, utilize a defenseman considered to be a 'power play specialist', who sees most of his minutes with the man advantage. Quite often, however, he gets scratched from the lineup due to match-up situations thus reducing his overall fantasy value significantly. There is a lot of risk when looking for fantasy players based on their power-play ability because it is usually a very fluid situation.

The bottom line: power-play specialists might not be worth the hassle anymore. In 1977-78, the Montreal Canadiens set a record with a power-play percentage of 31.88%. Last season, the Anaheim Ducks led the NHL with a 23% success rate with the man advantage. That is a significant difference. Given the numbers and changes to the game, the importance of extra time on the power play may not matter as much as it was once perceived. That said, here are five players whose fantasy value could vary depending on his power-play ice time in 2016-17:

With Chicago, Shaw saw regular time on the power play (often with the top unit) due to his ability to take punishment in front of the net. In Montreal, that is usually Brendan Gallagher's job. Without significant power-play minutes, Shaw's fantasy stock could become negligible. He comes with much more fantasy risk now.

The Oilers were expected to trade Nugent-Hopkins in the off-season but instead moved left-winger Taylor Hall to New Jersey. Now, Nugent-Hopkins enters '16-17 with the possibility of serving a third or shutdown-line role in Edmonton. That could mean less even-stretch production, so Nugent-Hopkins needs to be on the first PP Unit.

For most of 2015-16, Hertl anchored the Sharks' second power-play unit and was limited to seven points with the man advantage. The talented Czech forward could supplant veteran Patrick Marleau on the No. 1 unit this season, which may push his fantasy value up several notches (though Hertl does not need the PP to produce).

Vanek's days as an impact scorer appear to be over, and he may struggle to keep up with some of Detroit's young, speedy talent up front. That said, he can still produce on the power play (he placed fourth on Minnesota in PP points last season). The Wings probably signed him with the power play in mind, so he better produce.

Last season, Boston's power play improved significantly thanks in part to the utilization of their top three centers (Patrice Bergeron, David Krejci and Ryan Spooner) on the first unit. The addition of David Backes could push Pastrnak even further away from significant time on the power play which may hurt his breakout chances.

I. Provorov - D
PHI
Ivan Provorov was selected as the Flyers 2019-20 Barry Ashbee Trophy.
The award goes to the Flyers "most outstanding defenseman," as determined by a panel of broadcasters and sports writers. Provorov had 13 goals and 36 points in 69 games this season before the pause. "It's just a great honor," Provorov said. "There are a lot of great defensemen that have played for the Flyers and have won this in the past. I think overall this year, our defense is a lot better. We're defending as a five-man unit, the forwards are backchecking, so it allows us to step up and get the puck back faster."
Added 9:49 am (EST)
Added 9:49 am (EST)

H. Lundqvist - G
NYR
Henrik Lundqvist skated on Thursday for the first time since heading back to New York.
Lundqvist had previously been in Europe. After coming back, he needed to be cleared before he can start participating in the Phase 2 workout.  “Feels good to be back on the ice at the training center again," Lundqvist said on Instagram. He'll have a tough time getting a start in the playoffs though given that the Rangers also have goaltenders Alexandar Georgiev and Igor Shesterkin.
Added 9:27 am (EST)
Added 9:27 am (EST)

M. Seider - D
DET
Moritz Seider will be a player to watch for the Red Wings during next season's training camp.
Seider was taken with the sixth overall pick in the 2019 NHL Entry Draft. After scoring two goals and 22 points in 49 AHL games in 2019-20, the 19-year-old defenseman will have a real shot of making the Red Wings for the 2020-21 campaign. Even if he doesn't make the team out of training camp, he might end up making his debut next season after a bit more seasoning in the AHL. He's one to watch given his high offensive potential.
Added 8:48 am (EST)
Added 8:48 am (EST)

M. Lucic - F
CGY
Milan Lucic has loved his time so far with the Calgary Flames.
Lucic had eight goals and 20 points in 68 games with Calgary before the pause. While those aren't big numbers, he wasn't expected to be a big offensive contributor. What he has been is a physical force and locker room favorite. “I’ve really enjoyed everyone here,” Lucic said. “I was finding it fun again, I was having fun going to the arena and being around my teammates. It was fun going to practice. It’s always been fun playing games. But for me personally, I think the positives of everything have outweighed the negatives. That’s why I would love nothing more to see how the final chapter ends. That’s why I have my fingers crossed.” Lucic and the Flames are looking towards the start of training camp on July 13.
Added 8:45 am (EST)
Added 8:45 am (EST)

B. Horvat - F
VAN
Bo Horvat has plenty of confidence in the young core of the Vancouver Canucks.
"I think they will be up for it," Horvat said Thursday. "They know what it takes to win, and they know what playoff hockey is like. I think they are going to be ready for it. They have the game to suit the playoffs. I don't think there's much to be said, I think they just know what needs to be done and our main goal at the end of it." The Canucks captain had 16 goals and 45 points in 57 games during the 2019-20 season. Vancouver is set to play against Minnesota in a best-of-five series during the Stanley Cup Qualifier round.
Added Yesterday 7:16 pm (EST)
Added Yesterday 7:16 pm (EST)

B. Seabrook - D
CHI
Brent Seabrook was on the ice with his Chicago teammates for a voluntary skate on Thursday.
Seabrook hopes to be available to play when the team is scheduled to return to action in August. He is coming off surgeries to his right shoulder (Dec. 27), left hip (January) and right hip (Feb. 6). Seabrook was limited to just 32 games in 2019-20.
Added Yesterday 5:38 pm (EST)
Added Yesterday 5:38 pm (EST)

K. Middleton - D
SJ
Keaton Middleton has signed with the AHL's Colorado Eagles for the 2020-21 season.
Middleton posted four goals and 13 points in 41 games with the San Jose Barracuda of the AHL last season. The 22-year-old defender was initially selected in the fourth round (101st overall) of the 2016 NHL Entry Draft.
Added Yesterday 3:13 pm (EST)
Added Yesterday 3:13 pm (EST)

M. Dumba - D
MIN
Matt Dumba raised more than $200,000 to rebuild Lake Street in Minneapolis.
The NHL Foundation and the Minnesota Wild Foundation made contributions of their own to match Dumba's initial donation. "I'm ecstatic that I have the NHL backing me and my own club," Dumba said Wednesday. "I'm just so thankful to (NHL Commissioner) Gary [Bettman] and to (Wild owner) Craig [Leipold]. It just goes to show that people are really opening up their hearts during this time and are looking to help out those in need. I think that's what it's all about. That's how we'll come together and create real change in our communities."  Dumba and his brother Kyle also worked with the Lake Street Council to bring in more $60,000 in donations from a fundraiser raffle. Training camps are scheduled to open Monday as part of Phase 3 of the NHL Return to Play Plan. Minnesota is slated to play against Vancouver in a best-of-five Stanley Cup Qualifier series when Phase 4 starts.
Added Yesterday 1:17 pm (EST)
Added Yesterday 1:17 pm (EST)