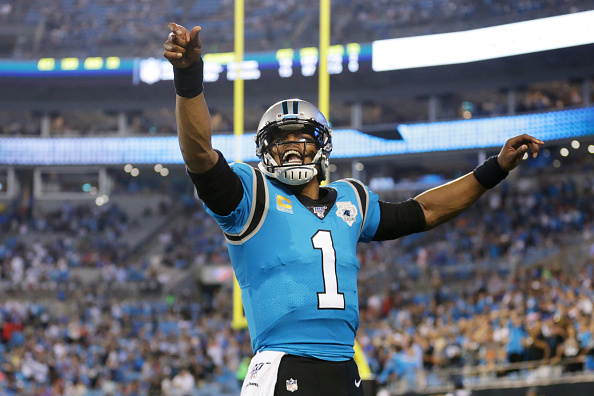 Once Tom Brady took his talents to Florida, many questioned if the Patriots were really ready to trust Jarrett Stidham as their quarterback under center when the 2020 season started. When they did not draft a new signal caller, I think we all came to grips with the fact that they were ready to give this kid a chance. Some thought they liked Stidham, others thought they were “Tanking for Trevor Lawrence” and if Stidham turned out to be good then they got lucky. However, that all went down the toilet Sunday night when it was announced that the Patriots signed Cam Newton to a one-year contract. This is a win for both Newton and the Patriots. On the Patriots side they get themselves a veteran NFL quarterback to try to help them actually win games in 2020, and the contract is full of incentives, so Newton will be plenty motivated to hit those triggers to get him paid. For Newton, it not only gives him a team, but it also was probably the one place in the NFL he had a chance to start with from the start. If he is able to stay healthy and performs, it not only gets him paid in 2020, but it will put him in line for a good contract for the 2021 season and beyond whether it is with New England or somewhere else.

This contract is incentive-laden for a couple of reasons. First, Newton is coming off injuries. He is coming off of a very painful Lisfranc injury in his left foot in 2019, an injury which cost him all but two games last season. Newton has also dealt with knee injuries, a documented concussion, and several ankle injuries. However, the biggest concern is with his multiple shoulder injuries. He tore his rotator cuff in 2016, and in 2018 he had major shoulder surgery. His laundry list of injury concerns likely was a major factor into the reason that he was not signed before now, and that he had a hard time finding a team. Not only did he have a long, significant injury history, but with Covid-19 he was unable to get a physical to prove to teams that he was healthy. The foot injury from last year he can come back from 100%, although you have to wonder if he loses a little mobility at age-31. However, the bigger concern are the two shoulder injuries and whether he can still have the same zip on his passes. The Patriots had 42-year-old Tom Brady at quarterback last year, so they already had a guy with diminished arm strength and that should not be a major concern. You should go into 2020 assuming that Newton is healthy and ready to go.

The most interesting part of this marriage is that Bill Belichick has never had a mobile quarterback quite like Cam Newton in his time in New England. Obviously, Tom Brady has been under center for nearly 20 years and the one time he was hurt the Patriots had Matt Cassel who was also fairly stationary. How will the Patriots offense function with a quarterback who can break containment and take off and run effectively? If there is one thing that we know about Bill Belichick it is that he tries to put his players in the best possible position to succeed. Now that he has a mobile quarterback, you better believe that he is going to design plays for Newton to run, as well as allow him to improvise during plays to take off when he sees fit. Cam has had between 500 and 750 rushing yards in many years throughout his career. I believe that he will fall towards the low end of that range in 2020 and could possibly be slightly under 500 rushing yards this season. However, he could have more, and should find the end zone a number of times on the ground as well. 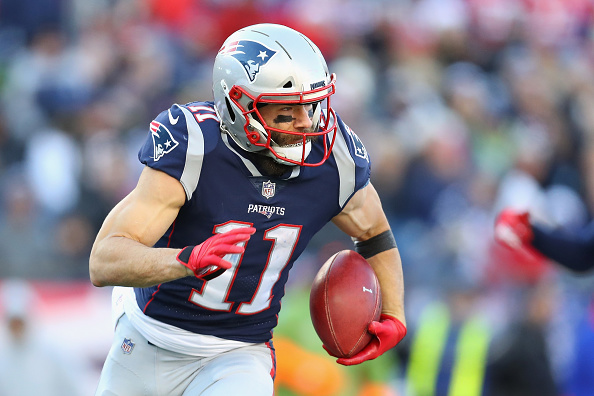 The next most important thing to consider is who does this signing help and hurt. If it helps anyone it is the wide receivers. Julian Edelman was likely always going to get his production, but it certainly brings him more value to have a reliable, veteran quarterback over an unproven player. It also really impacts second year receiver N’Keal Harry. He has a real chance to be a factor with Newton under center, as does Mohamed Sanu . The New England passing game just became legitimate again, even though Newton has only thrown for 4,000 yards once in his career. He is not an elite passer, but he brings legitimacy to the position. The signing certainly does not help the running backs or the tight ends. This will likely take a touchdown or two away from Sony Michel , as Newton has shown a nose for the end zone running the ball throughout his career, a situation that we assumed the Patriots would lean on Michel for. Newton also has not been a quarterback who relied on checking down to throw to his running back a lot, so this dings the value of James White a little. I felt rookie Devin Asiasi had a great chance at success this season with the likely conservative offense with Jarrett Stidham under center, but that likely all falls by the wayside now with Newton in town. This move certainly has far reaching effects on the Patriots in fantasy football in 2020.

The ultimate question with this signing is what can we expect from Cam Newton in 2020? Should we draft him to be our starting quarterback for this upcoming season. Considering he played just two games last season, he has multiple shoulder injuries, and it will be his first year in a new system that likely will be truncated by Covid-19, it will be quite risky to put all of your eggs in the Newton basket. There is a lot of depth at the quarterback position that it does not make much sense to draft Newton as your starter without having some sort of backup plan. In fact, I would advise you to draft one of the top 12 starters and put Cam on your bench with the hope that he hits and can be your guy from week to week. It doesn’t make much sense if you grab Lamar Jackson , Patrick Mahomes , Dak Prescott , or Kyler Murray , but if you have any of the next tier of fantasy quarterbacks on your roster it can’t hurt to take Cam and see if he can be back to his old self. He has been among the top ten fantasy quarterbacks in every season that he has been healthy. He will carry more question marks than ever before in his career, but if he can answer them he will be a huge fantasy bargain for 2020 and the Patriots could very well be heading back to the playoffs in a wide open AFC.