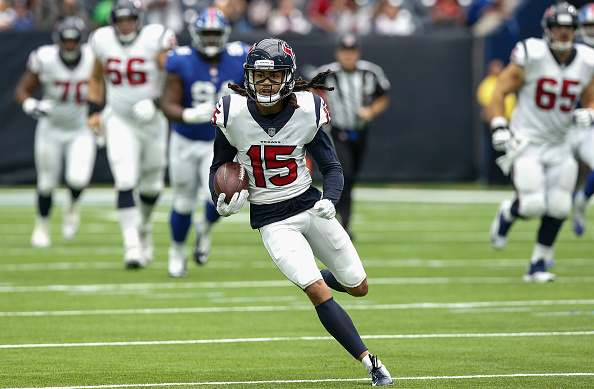 Football is tougher than any sport in fantasy when it comes to injuries. Over the years the players have just become bigger, stronger, and faster, and the game is played at such a speed that injuries are bound to happen. However, what constitutes an injury prone player? Which guys maybe had something freakish happen and could be fine going forward, and which ones are players that maybe you should look to avoid when it comes to your fantasy football drafts? There are several factors, in my opinion, that you should consider when it comes to determining players that you just should stay away from, or at worst have a very steady back up plan in place for when picking your team.

For whatever reason, some guys are just more likely to be injured than others. Bones are more apt to break, muscles more apt to pull or tear, and sometimes it can be just plain old bad luck. However, these are the guys that are among the most important to avoid because it is almost a given that it isn’t if they get hurt, but when they get hurt. At times, their talent is great, and the urge to draft them is still there even though we know they have a hard time staying on the field. Guys like Will Fuller of the Texans and Evan Engram of the Giants fit this category. Fuller is an amazing deep threat receiver and has had some huge games in his career. However, he has also broken his collarbone, strained a knee, fractured a rib, strained a hamstring, tore his ACL, and finished last season with hernia surgery. He has missed 20 of a possible 48 games in the last three seasons. Engram is one of the more dynamic pass catchers at tight end, and if he could stay healthy, he could a top three tight end in fantasy. His rookie season was great, but he missed the finale with bruised ribs. His second season saw an MCL sprain and a pulled hamstring, and last year an MCL pull and foot sprain cost him half the season.

He is threatening to hold out right now, but you also have to know that Dalvin Cook is yet to play a full season in the NFL. He tore his ACL in his rookie season after four games, a strained hamstring cost him five games in 2018, and a shoulder injury had him sit out two games last year. A shoulder that he also injured in college. His talent is elite for sure, but this is something to keep in mind and a great reason to handcuff him with Alexander Mattison. Kerryon Johnson ’s stock was down before the Lions drafted D’Andre Swift. In just two seasons in the NFL, Johnson has missed 14 out of a possible 32 games with various injuries. Another talented young running back, Derrius Guice , has barely got his career going yet because of injury. He had a knee injury in college, and then tore his ACL before his rookie season even started. He tore his meniscus in the opener last year and missed nine games and sprained his MCL last December ending his season early. He has played in just five games in two years. You hate to see it with some guys, but you can’t ignore it. Jordan Reed , Tyler Eifert , and Jerick McKinnon are also repeat offenders although they are at the end of their careers.

This one really stinks, and it is a sensitive subject, but there is little argument that concussions are becoming a bigger and bigger part of the NFL. And teams and players are also being more cautious when they suffer head injuries. The other part of this that is tough, is that once you get a concussion, chances are you will get another. And with each successive concussion, the possible long-term effects increase. Brandin Cooks , now of the Texans, was a player who had his production severely decline for this reason. He has had five concussions that we know of in his career, and while he only missed two games last season because of it, the Rams were clearly not featuring him as part of the offense when he did return. Sterling Shepard of the Giants was another player who had head injuries take a big bite out of his 2019 season. He suffered two concussions within the first five weeks of the season and sat out from Week 6 until Week 12 because of health concerns from his head injuries. Ben Roethlisberger has three on his resume, Jared Goff has two, as does Aaron Rodgers . What about Tom Brady ? As far as we know none have been documented, but that interview with Giselle a couple years ago made it seem like she thinks he has. Carson Wentz left a playoff game with one. It doesn’t seem to happen as much to running backs, although we can remember Le’Veon Bell getting drilled a number of years ago. Wide receivers appear to the be the position to worry about the most. Even with recent rule changes, they are still subject to violent hits that lead to concussions more than any other group. With quarterbacks it would tend to happen when they are being sacked and their heads hit the ground hard. Keep all of these players in mind when drafting. They don’t have to be total avoids, but just have appropriate depth at the positions they play if you draft them.

At just 25, Todd Gurley had been one of the most explosive backs in his first couple seasons. However, his knee arthritis diagnosis has totally changed the trajectory of his career. The Rams handled him with kid gloves last season and he still had a fine 2019. He now goes to Atlanta where he doesn’t have much competition for carries. Will he get a full load of carries? And if he does, will his body hold up with it. Drafting Gurley certainly comes with some risk, especially without a backup that could repeat his production if he would go down.

Another 25-year-old is in a different situation. Chargers tight end Hunter Henry is a popular later round option at the position. However, his four-year career has been littered with injuries. He had a concussion in his rookie season that didn’t cost him any time and then a knee strain cost him a week (thankfully the team’s bye was in there or it would have cost him two). The following season he lacerated his kidney and he missed the final two weeks of the season. In 2018, he tore his ACL in May and missed the entire season but did return for a playoff game. And last year, a tibia fracture cost him four games. That is three leg/knee injuries in four years with a head injury thrown in.

David Johnson was traded to Houston in the offseason and has had a rough past three years. A dislocated wrist in the opener in 2017 cost him the rest of the season. He came back in 2018 and played a full season but was clearly not as explosive and failed to even rush for 1,000 yards. Last season, back and ankle injuries only forced him to miss three games, but he was basically benched for the second half of the year when the Cardinals traded for Kenyan Drake . Houston is a solid team running the ball, but it will be interesting to see if Johnson can get anywhere near the league winner he was in 2016.

As stated in the open, injuries can happen to any football player on almost any play. There are also guys who seem to have repeated small issues, but usually don’t miss much time. Or had one larger injury that calls his value into question. Before staying healthy last season, Leonard Fournette had missed 11 of a possible 32 games in his first two seasons. He is also on the last year of his contract though, so you would think he will do what he has to in order to stay on the field to get paid next year.

Melvin Gordon has been in the league for five years; he has played only one full season. Of course, last year he missed four games to a holdout, but he certainly has not been without injuries. His rookie season ended a week early with a knee injury. It only cost him the one game, but he had microfracture surgery in the offseason, which is never a good thing. Hip and another knee injury cost him the final three games of his 2016 season as well. He played the entire 2017 season, before an MCL injury cost him four games in 2018. He is a great pass catcher, which gives him extra value in PPR leagues, the repeated knee injuries are concerning. He is 27 years old and has only averaged over four yards a carry once in his career. Without considering the holdout he has missed just nine games in his career, but he has a nice pile of injuries in his career.

Odell Beckham has had a number of injuries throughout his career. A hamstring tear during team workouts before his rookie season lingered into the regular season and cost him the first four games of the season. Another hammy pull in 2015 didn’t cost him any time because he did it in June. He played every game but one in 2015 and 2016. The following year was a mess where he sprained his ankle during the preseason which cost him the opener before a fractured ankle ended his season in early October. He missed the final four games of the regular season with a quad bruise in 2018, and although he didn’t miss any games last season, he says that he played with a sports hernia all year.

Let me reiterate one more time that because a guy is injury prone doesn’t necessarily mean don’t draft them. Every guy in this article has had success in the league, and almost all have had seasons where they didn’t miss any time. The important thing is to know that you have a guy who might be injury prone and to get appropriate depth on your roster. You can often get an injury prone player at a discount in drafts so at times they can help. Obviously, you don’t want too many of them, but having a player or two listed here isn’t the end of the world. You just might have to be more active on the waiver wire than others. Good luck, and good health to you, your family, and your fantasy team.