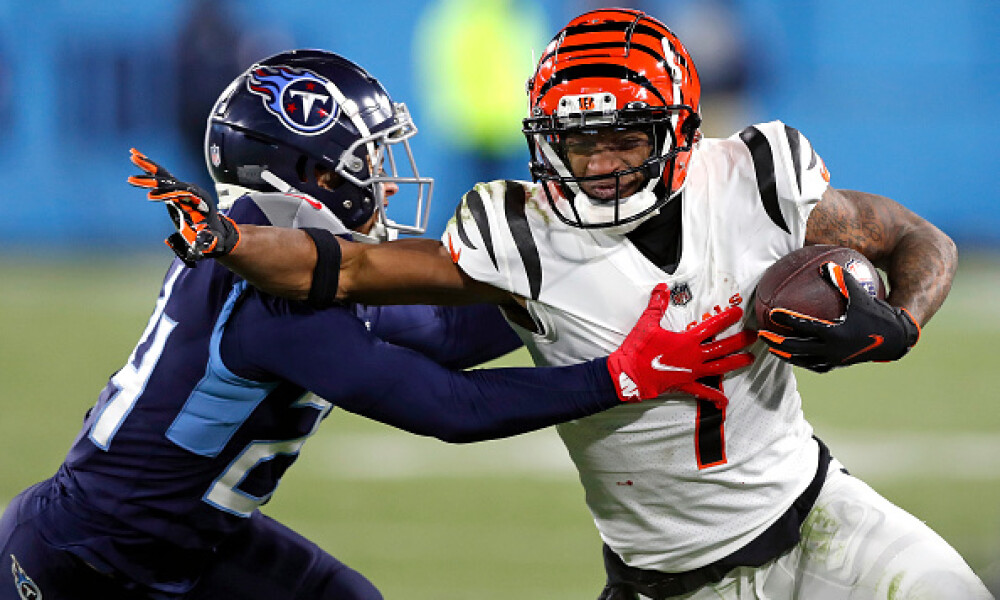 Welcome to the weekly wide receiver/cornerback breakdown! We will review each of the outside matchups, as well as my three favorite matchups in the slot. Then, below the charts in this article, I break down my elite, affordable, and bargain picks for DFS purposes. We are on to the Conference Championships, so the slate is just two games, but that doesn’t change the chance to win some big DFS money. Follow me on Twitter (@fightingchance) as well!

Now, here are my three favorite matchups in the slot for the Conference Championships

He is just automatic every single week. Again, only Arizona has figured a way to keep this guy under 95 yards and he has whipped the 49ers twice. With it being just one game before the Super Bowl, the Rams are going to pepper their bread and butter as much as they possibly can. Williams is solid, but Kupp has been the best all season long and I see no way he is held down now. He is by far the most expensive wide receiver but should definitely be worth it. The only way you don’t use Kupp is if you really can’t afford that extra salary and field a team you feel good about but believe me you can do it.

All three of the top-level receivers are great options this week, but it is really hard to pick against Hill considering his salary and the other worldly game he just had on Sunday. It was like he was running on one of those people movers at the airport and everyone else was in quicksand. Don’t be scared away by his poor game against Cincinnati a few weeks ago, we know Hill struggled coming back after a bout with Covid. He looked unguardable on Sunday and the Chiefs look to be on their best form at the right time. Hill’s price tag is very affordable considering he has a chance to give you 20+ fantasy points at any time and is a dynamite option against Hilton.

I am honestly shocked how affordable he is on DraftKings this weekend for a guy who has performed so well over the last month and change. Like Tyreek Hill, Chase just has a different speed sometimes, and he is really good at making tacklers miss. I know he will be the focal point of the Chiefs defense, but we saw on Sunday how they can be exploited. Hell, Ben Roethlisberger threw for over 200 yards on them with two touchdowns. I know some of that was garbage time but still. Chase doesn’t always get the high target volume, but this kid can take any catch the distance. I will like him more if Tyrann Mathieu is unable to play, but at his price tag you are being begged to give Chase a roster spot this week.

Another guy I was surprised how cheap he was, Beckham didn’t find the end zone last week, but he was targeted multiple times in the red zone and still had a solid stat line against Tampa Bay. He is clearly the second favorite target in the passing game, and despite the fact he hasn’t had huge games since coming to the Rams, we know he is fully capable. With their being no weather concerns at all in Los Angeles this weekend this game should play very fast and in the air. Given his price tag compared to other wide receivers on this slate, Beckham seems to be a great option to help you pay up at other positions.

He certainly isn’t a household name, and he isn’t the star of this team. But when the scraps of Hill and Kelce are dropped, Pringle picks them up. He has 14 targets in the playoffs to Mecole Hardman’s five. He has three touchdowns in the playoffs, and we know that the Chiefs are going to throw a ton since they can’t run the ball well. Apple and the Bengals have played well all season long, and I’m not expecting a huge game out of Pringle. But if he can find that end zone and still have four or five targets you are looking at a great return. He is in the same price range as Brandon Aiyuk and Tyler Boyd and I think Pringle is by far the best option of those three.