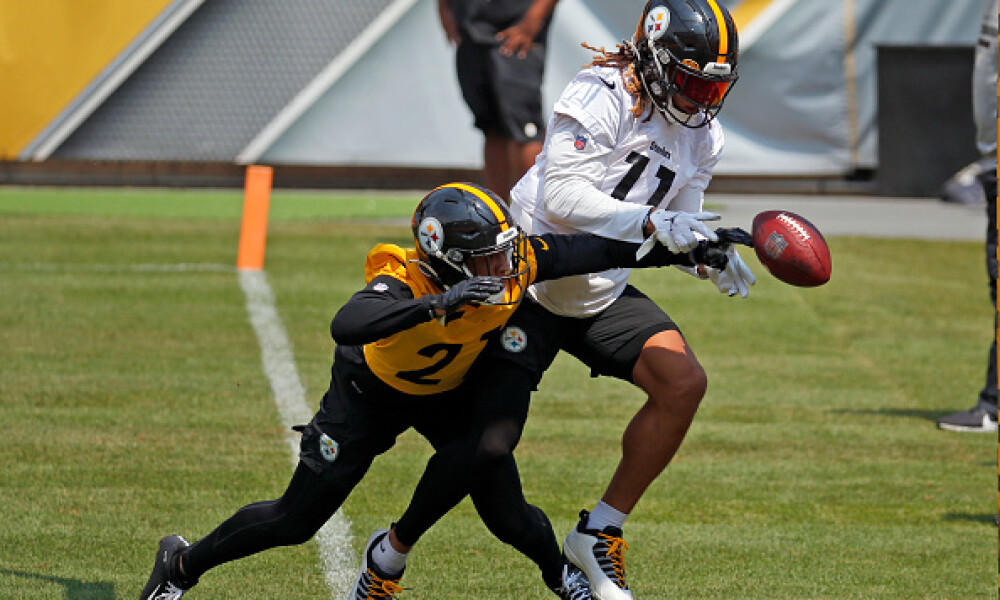 It is kind of odd to think that there is a shortage of actual news as we are getting closer to the start of the 2021 NFL season but looking from yesterday to today there wasn’t a whole lot. I mean I could react to a bunch of click bait articles, but that is just wasting your time. Week 2 of the preseason starts tomorrow, and it appears that a lot of the bigger names are not going to play again, or at least be very limited. This is the first year of three weeks of preseason and many of us wondered how coaches would handle it. In the past it was always a smattering of starters the first two weeks and then the third week the starters would play a half or more. The fourth week was all guys fighting for a roster spot. It appears we might be using the same formula this season, just with no fourth week for those roster bubble guys. Let’s take a look at some notable stories that are ongoing.

Yesterday was cut day in the NFL as teams had to get down to 85 on their roster. There is usually some excitement as there are a few decent named players that end up on the chopping block, but it was sort of ho hum. Of course, the big story was Tim Tebow, but if you follow us at all we told you from the start that was going nowhere. Now Tim has to find another way to try to keep himself in the spotlight by performing mediocre at something in the public eye. I can’t say that anyone really fantasy relevant was cut, but guy’s names you might know include Kerryon Johnson, Ito Smith, Bo Scarbrough, Alfred Morris, Lamar Miller, and Antonio Callaway. All will likely catch on somewhere else and while they are almost certainly not going to be fantasy relevant to start the season, they all at least have some talent and in the right situation on the right team with maybe some injuries, we could be dumpster diving these names come November. Just keep an eye where they end up.

The latest camp injury that caused the fantasy football landscape to hold their breath was Chase Claypool who went down in practice yesterday. He even had to be helped off the field by teammates Ben Roethlisberger and Eric Ebron. However, Adam Schefter is reporting that the injury is a mild ankle sprain and Claypool himself tweeted out “All is well” at 7:00pm yesterday. He likely is done for the preseason, but that shouldn’t matter much. I still like Diontae Johnson more than Claypool for drafts this year but will draft Claypool over Juju Smith-Schuster. This injury doesn’t change how I am approaching drafts and it shouldn’t for you either. Barring a setback, Claypool should be ready for Week 1.

We Talking About Going Back To Practice

After being out of practice for over two weeks, stud tight end Darren Waller was finally back out there yesterday. The best news is he was a full participant in both individual and team drills. The fact that he wasn’t limited at all is a great sign as every team is being careful with their stars right now. All reports were that Waller looked like his usual self in practice running routes and flashing his solid hands. In my personal opinion I do expect his numbers to come back down a bit this year, but he is still no doubt firmly in the top three tight end discussion. If you were fading Waller because of this situation, it certainly appears safe to start thinking about him in the first three rounds of drafts again.

Seahawks rookie receiver D’Wayne Eskridge was removed from the PUP list yesterday after having a toe injury. He returned to practice yesterday and looks to get on track to start the season. He has missed a good deal of time already, but there is plenty left to acclimate himself to the NFL and get on the same page as Russell Wilson. Obviously, he doesn’t have much of a chance to surpass D.K. Metcalf or Tyler Lockett, but he should have a pretty clear path to the third receiver role on the target tree in Seattle. The Seahawks ran the ball a lot last year, so we will see if his role ends up being fantasy relevant, but if either starter goes down, Eskridge could find himself vaulted into a pretty good fantasy situation.

Best Of A Bad Situation

Despite the fact that he has been average at best for years, many still were drafting David Johnson in the hopes that he would start. On top of the fact that Houston will be playing from behind most of the year, Johnson really hasn’t done anything for a while. The team brought in Mark Ingram and Phillip Lindsay in the offseason, and while neither is amazing, they were both a threat for Johnson. With the first team depth chart out, it is Ingram who sits at the top and even Lindsay is ahead of Johnson. Johnson is looking at a passing down role with this team barring injury. I have almost no faith in Ingram staying healthy or being effective this year. He could have some fantasy value since he will likely be the goal line back, but his best days are definitely behind him. He is 31, can barely catch a pass, and was benched last year for Baltimore who runs the ball a lot. I have said from the start that I expect Phillip Lindsay to be the guy who gets the most carries for this team, and he can catch the ball as well. If he can stay healthy, I think he will have some nice flex play value in the 2021 season.