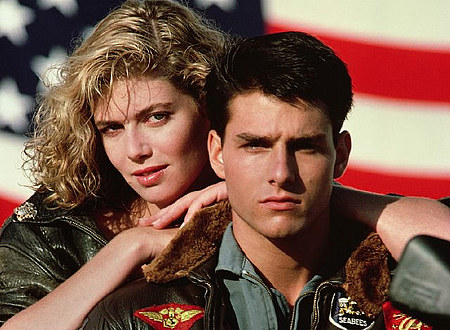 The SMART system was created as a set of rules for us, as fantasy football co-owners, to use while drafting and playing during the season.  In the summer of 2003, my college dorm-mate and fantasy co-owner, Glenn Colton, and I had just come off back-to-back LABR baseball victories using our SMART system for baseball.  We wanted to write down a set of football rules for the 2003 Rotoworld.com Magazine readers. The publisher of that magazine was none other than Matthew Berry.  We started with the Top Gun concept of "never leaving your wingman".  We then came up with the rules that fit into the acronym for fantasy football.

When playing with a co-owner, it is a lot easier to focus on the plan.  Many times when drafting alone, I have grabbed a WR in the first round and wondered why I spent the season making waiver pickups of Theo Riddick types.  We had figured out a good Rotisserie baseball system. Why not fantasy football too? Well, not so easy. We have been tightening the system for more than a decade.  In 2007, it finally came together as in the last nine seasons of the FSTA Expert’s League, we have won it four times and been to the title game seven of nine years.  We have never missed the playoffs.

The SMART system is an acronym for a set of general principles to guide you to a winning fantasy football season from draft to Fantasy Football Championship. Here is what the acronym describes and how to use it:

This pertains to the offensive system that is used by the player’s NFL team. Each fantasy football player needs to look at all the head coaches and offensive coordinators of each team.

Manage your draft preparation and your team all season.

DO YOUR HOMEWORK – read as much as you can. Make your own lists even if it starts with someone else’s list. It is more important to stick to the strategy than it is to know every projection for every player.

DO NOT DRAFT A QB IN THE FIRST OR SECOND ROUND – you will get good value later in the draft. Do not pass on a 10 TD RB or WR for a QB that will be only slightly better than a waiver wire QB.

TRACK COMPETITOR’S NEEDS – Make sure you keep up with all the teams so that you know what they need. Sometimes grabbing a 2nd QB before a handful of teams get their first is a good strategy to keep a good player from them and backs up your QB.

FOLLOW THE DRAFT WHILE NOT ON THE CLOCK – Watch the board for position runs or for a backup going before a starter to make sure you get the starter.

PAY ATTENTION TO BYE WEEK – Prepare for your BYE weeks on players a couple of weeks in advance. Players on BYE do not get picked up, but can provide value for you. Look ahead and replace a week in advance.

MAKE ALL MOVES THAT MAKE YOU BETTER – Trades and waiver pickups should be made if they make your team better.

The older the player, the more likely they are to get hurt. For RBs, it is about talent, youth and opportunity. For WRs, it takes some time to learn a system, some time to get used to the NFL and then it is time to move to super stardom. So we believe that 2nd & 3rd year WRs provide great value. For QBs, age can mean experience, but you need to discount them slightly and raise the value of young guys slightly.

In a typical fantasy football league, there are 12 teams with 19 NFL players on every roster. There are 32 NFL teams. Thus, you are guaranteed to have 2 starting QBs, 2 starting RBs and 2 starting WRs. Assume you draft 2 QBs, 4 RBs, 4 WRs, 2 TEs, K and DT to make up your 16 players. That leaves you with two spaces. Think about using at least one of those two spots to back up your best RB (provided he is in a good system and has a capable backup).

Football is FAR more predictable than baseball. The players with talent simple score most of the fantasy points. You should use a couple of roster spots on the best talented players.  For talented players, opportunity presents itself.

Maverick: Tower, this is Ghost Rider requesting a flyby.

Although Fantasy Football is about having fun, making the games more fun to watch and getting a break from everyday life, winning is more fun than losing. Sticking to these strategy steps both in the draft and in-season can help make sure you have a better chance at winning.  Throughout the movie Top Gun, Maverick is about beating Iceman.  It is about the competition.  After studying fantasy football for the last 25 years, I can tell you that with these rules, you will give yourself a better chance to win.  Are there scenarios where a WR or even a TE like Rob Gronkowski can make your whole season?  Sure.  However, having seen fantasy football drafts literally hundreds of times, we have won far more times when we employ these simply things.  So, take it from me, either play SMART or like Stinger (James Tolkan) says…

“…if you screw up just this much, you'll be flying a cargo plane full of rubber dog s%#@ out of Hong Kong!”