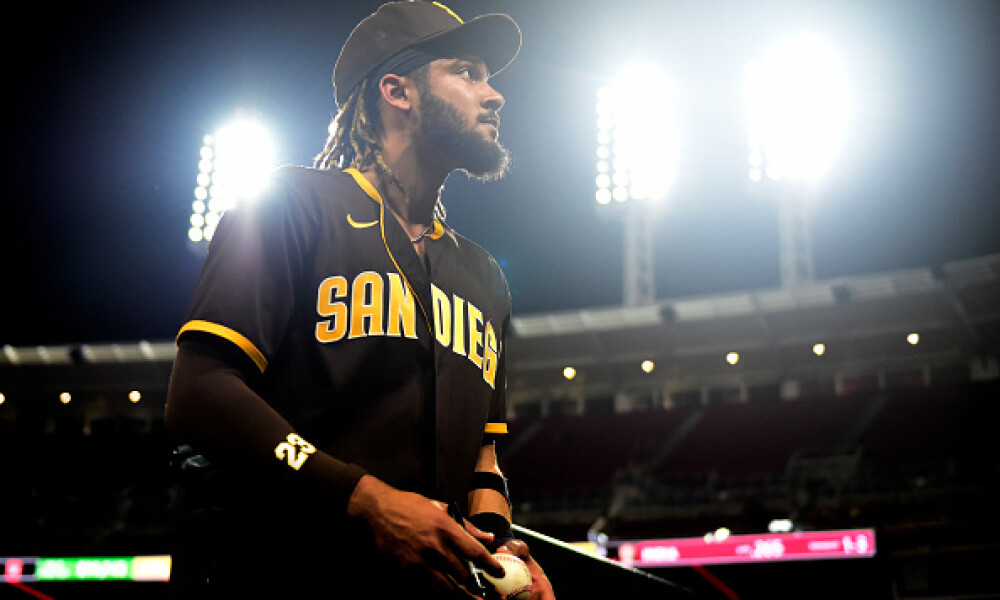 Fantasy baseball is what you make of it, and you get out what you put in. While it’s all about winning that cold hard cash and bringing home the championships, we have to remember that it’s still a hobby.

While we spend the off-season wishing it was baseball season, there are some clear benefits to the cold, dark winter. If you are like me, there is a lot of enjoyment in the preparation and ultimately in drafting.

Depending on how much you draft, that enjoyment sometimes ends pretty quickly when you have to set weekly lineups for all of those leagues. That’s why Best Ball leagues are a great way to spend your time in the off-season.

But it’s about more than fun, it’s about winning, so let’s jump into how to do that.

Best ball leagues are exactly what they sound like. You draft your team, and other than rooting for their success, your involvement is completed. There are no lineups to set, no trades, and no waiver wire work to be done.

Before you go any further, you should be very aware of what you are getting yourself into.

First, let’s go through some general strategy thoughts, and at the conclusion of that breakdown, you’ll find platform specific settings.

Between the various platforms, the rosters are quite different and that is ultimately going to dictate a portion of your draft strategy. The same goes for the point structure as it’s important to keep in mind that there is a big difference here compared to your standard roto league. One other factor we need to be aware of is whether or not the league just rewards the top 3 finishers or if it is a 50/50 league in which half of the teams split the price pool evenly which leads to need for less risk.

Whether or not you create your own projections, take them from a trusted source, or a combination of both, this is always going to be your first step. This is nothing different from how you would normally attack a draft, but then it’s time to do the math. I know you crunched the numbers by, in the very least, reviewing the projections, but since this is a points league, there is one more step. Take your projections and then run the points settings through it.

Since we are just dealing with points here, it doesn’t matter where you get them; as long you get the most; or more than half the league. With that being said, stolen bases and saves are no longer the emphasis here; well at least not directly. The beauty of these leagues is that you don’t have to chase category production, so you shouldn’t be reaching at any point in the draft.

Of course, you never want to say never though as you still have to fill out a starting roster. The fact that we aren’t chasing the usual suspects that over inflate ADP’s does help here, and for that reason, when looking at ADP here, we have to make sure that it is specific to this exact format or else it’s best left minimized. If you want to use it as a crutch as one part of your draft strategy, that is prudent, but don’t follow it along rigidly. In fact, that is how all drafts should be treated, but since the structure of Best Balls are a bit different, you have to embrace a new norm.

Now that you have the lay of the land, the main variable to keep track of here, is roster construction. Ranking your players, putting them in tiers, and knowing your league settings is second nature at this point. The fact that there are no transactions is a critical piece of information to remember but there is also no multi-positional eligibility either. At the beginning of the season, each player is assigned a position, and that is it for the season.

The computer sets your optimal lineup each week based on production, but you want to ensure you have ample options at each position. While it depends on the roster size of your league, my general thought process is to draft two to three (with the emphasis on three if possible) at catcher and each infield position along with eight to ten outfielders. In a league with 40-man rosters, that leaves room for 16 to 18 positions which works out to be a minimum of double at each starting spot. Leagues generally allow for at least one utility spot as well, so that is another important factor to keep in mind as you don’t want it to be an afterthought.

Factoring in the utility spot as an actual position is how you can sometimes get to 10 outfielders pretty quickly as you scoop up as much offensive production as possible. At the same time, there is a balancing act here as while you want depth at each position, so you don’t take a zero in any given week, as we factor injuries in, you don’t want to draft a third catcher just to have one your roster.

When it comes to pitching, while it’s nice not to have to worry about closers, you shouldn’t completely ignore them either. At most, I generally end up with one or two on my team if the value presents itself, but it’s all about starting pitchers. We know they are going to pitch at least once a week, and if they get rocked, it’s not going to negatively impact your team. And even better, is when they take the mound twice in a week.

In other formats there is likely some value in taking a risk or two, stashing a top prospect or an injured player set to return in a month or two, but in this format, all it does is potentially cost you a week (or more) of production if you are faced with other injuries or slumps.

Take bargains when they come, make sure you have plenty of depth across all positions, take what the draft gives you, and try not to reach. I know there are a lot of generalities there, but once you sort your projections and establish positional tiers, all that’s left to do is some value-based drafting.

Remember, as long as you find your way to the most points, it doesn’t matter how you do it.

Now, let’s dig into each site and their specific roster and scoring settings:

This is as simple as it gets here, and it’s certainly easy to rip off a bunch of these drafts throughout the offseason to try out different strategies and get exposure to multiple players. In this situation, I would double up at each of the three positions to cover injuries, although grabbing an extra pitcher wouldn’t necessarily hurt either. You will notice here that closers aren’t even on the table so that isn’t a factor. We do have negative points with pitchers, so you’ll want to have multiple options to cover rough outings.

The roster composition is interesting, as it doesn’t go deep at all. Just two outfielders and four pitchers doesn’t get very deep into the player pool but it’s also important to remember that the players who you draft as your starters aren’t going to be on a weekly basis throughout the season. While you can still ignore stolen bases and saves, the point structure here is intended to mimic standard roto formats as much as possible, but it’s still all about grabbing as many points as you can regardless of where they come from.

The three biggest pieces of information to keep in mind here are that these are 10 team leagues, you have two opportunities throughout the season to attack the free agent market, and there is an overall component to this contest as well. That means there has to be a little more of a boom or bust strategy here, but at the same time, you also need to ensure that you advance through each “cut” period.

These are stand alone leagues with a scoring structure that matches the other two games on the NFBC platform: BB10’s and the Cutline. The only difference here is that you get four more bench spots to play with and take a shot on a high upside prospect or player returning from injury.

With a 26-man total roster in 10 team leagues, we are only drafting 260 players, so the pool is a little thin here. Considering that there are no in season acquisitions, the thought process here is to play things straight and not really reach since you only have 10 bench spots to work with.

My biggest takeaway here, is the emphasis on negative points, especially for pitchers. With just 10 bench spots compared 16 starters, you can’t double up here, you are drafting players with a track record of consistency and staying healthy is important. I’m also going to be less apt to take chances on starting pitchers here, but again if you have to deal with injuries, a zero is at least still better than negative points. Offensively, you are going to have to live with losing points for strikeouts and power is more desirable speed based on the point structure.

The three utility spots here is important to remember as they don’t show up as starting roster spots in the draft room, but they are quite critical. Building roster depth is important, but to start with, it’s all about maximizing those offensive point totals. Based on the point structure here, I usually end up with a closer or two, but not an elite one. The thought process here is that when the starting pitching pool begins to become truly depressed and you are at the point of taking starters for two start weeks or when they have favorable matchups (essentially a streamer), a high strikeout closer (or high leverage reliever) could have more value. While this is still best ball, good pitching is valued a little higher here as you can dinged a little more for poor performances.

This is a newer platform, that while I’m not personally familiar with it, I plan to be leading up to the season. At this point in time though, I wasn’t able to find concrete information on their point and roster structure and you can always find me on the Discord servers.