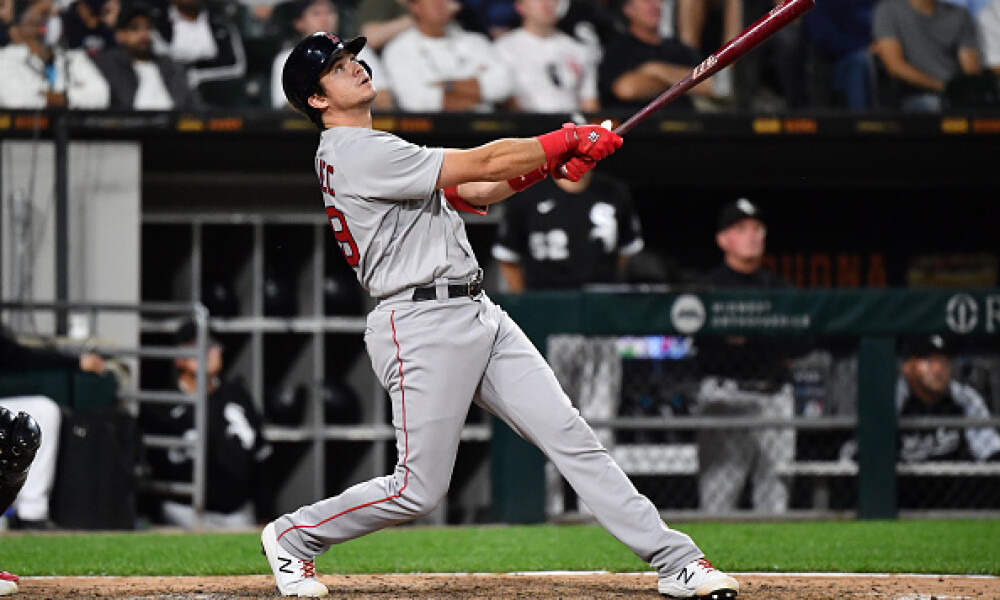 Tyler Naquin (CIN); FAAB Bid: 2% - Naquin took the league by storm to start the season with six home runs and 19 RBI through April, but after struggling through July (.218, one home run, nine RBI) the outfielder has found himself on waiver wires. He continues to play every day for Cincinnati and is batting .393 so far in August with three home runs, nine RBI, and 14 runs scored. The batting average isn’t going to last as he is much closer to being a .250-.260 hitter but he is hitting the ball well with a career high 10%-barrel rate as the consistent playing time also has been beneficial.

Bobby Dalbec (BOS); FAAB Bid: 2-3% - Dalbec is the perfect example of an all or nothing slugger and you just have to accept the lack of batting average; .228 on the season. But are things improving? In his last 30 at bats, Dalbec is batting .367 with 11 hits in 30 at bats and .310 in 18 games for the month of August. A large reason for that improvement is the fact that Dalbec has “just” 13 strikeouts compared to 25 strikeouts in just 15 more plate appearances in July. The good news is that Dalbec’s power output hasn’t suffered (three home runs and 12 RBI) and the upside here is in those skills. With a 16.6-degree launch angle it is clear that Dalbec is selling out for the long ball, and when he does make contact good things will happen thanks to a 16.8% hard-hit rate.

Bradley Zimmer (CLE); FAAB Bid: 2% - If we talked about Naquin above, it only makes sense to give Zimmer some attention as well. We know the playing time will be there for Zimmer so that is the most important thing along with the fact that he is currently healthy and has an opportunity to put his tools to use. Over the last 14 days, Zimmer is batting .256 with three home runs, eight RBI, and three stolen bases which is precisely the well-rounded production your fantasy team likely could use at this juncture of the season. Overall, the batting average, .245 on the season, is going to be a concern as his .375 BABIP offers little in the way of upside unless Zimmer can get his 34.1% strikeout rate under control. But if he continues to build on the 10 bases he has stolen through 66 games so far this season, fantasy owners will feel a lot better about things.

Tyler Stephenson (CIN); FAAB Bid: 1-2% - Any Ohio theme here is purely unintentional but there seems to be some value in going back to the Reds. This is option geared more towards leagues that require you to start two catchers but I would argue that Stephenson has value regardless across all leagues. As with the majority of catchers he doesn’t play every day, 28 at bats over the last two weeks, but it’s hard to argue with what he has done in that playing time; .357 batting average with three home runs, seven RBI, and six runs scored. In 308 plate appearances so far this season, Stephenson is batting .291 with nine home runs, 40 RBI, and 49 runs scored. While those counting stats won’t jump off the page at you, it’s not like he is a blackhole of production, and the batting average from the catcher position is a nice bonus.

Brandon Marsh (LAA); FAAB Bid: 1% - Marsh has been overlooked in the Angels prospect circles by Jo Adell in the past, but it is Marsh making an impact at the big-league level. He is far from a finished product but after batting just .190 through 12 games in July, Marsh is hitting .258 so far in August and .346 over the last 14 days. He is still looking for his first home run, but Marsh does have three stolen bases and is a threat to run more. As he continues to make adjustments we should see Marsh’s talent continue to break through but he does need to limit the strikeouts; 34 in 66 plate appearances so far this month.

Ranger Suárez (PHI); FAAB Bid: 1-2% - For a quick time, Suarez was getting work in the ninth inning for Philadelphia but he now finds himself in the rotation. Walks are going to be a concern for Suarez, nine in his last 11.2 innings and 3.93 per nine innings this season, but he has a solid 3.09 ERA in his last three starts. Through 31 games this season, four starts, Suarez has a 1.47 ERA while certainly benefitting from a .212 BABIP. With a 67.2% ground ball rate though, my concern is minimized to a degree and with 8.67 strikeouts per nine innings, he has shown the ability to work out of trouble. Even if Suarez pitches closer to his 2.79 xERA I would still feel confident in rolling him out this week as he faces Tampa Bay and Arizona.

Daniel Lynch (KC); FAAB Bid: 1-2% - Lynch also is taking the mound twice this week, and it does feel a little strange to be recommending him against the Astros. However, Houston has been playing down to their competition as of late and Lynch threw seven innings of one run ball against the Astros in his last start for the victory while striking out five. In the five starts since being promoted from Triple-A after a two-month stint in the minor leagues, Lynch hasn’t allowed more than three runs in a start and in 30.2 innings he has allowed just eight runs while looking like a much different pitcher than we previously had seen. Things should always get easier for Lynch in his second start of the week against Seattle.

Nick Pivetta (BOS); FAAB Bid: 2% - I was a little surprised to see Pivetta at less than 50% ownership on Yahoo (granted it’s 49%) but I’m also not shocked after he allowed four runs in 1.2 innings against the Yankees in his last start. With that being said, Pivetta still has a 3.29 ERA and 1.02 WHIP in 13.2 innings over the last 14 days and he has been a dependable option all season for Boston. With Pivetta’s next start coming against the Twins, the matchup is favorable for the right-hander who is sporting a 4.43 ERA and 1.29 WHIP on the season. That isn’t production that will truly jump off the page, but it won’t hurt you either and it’s hard not to like his 140 strikeouts in 126 innings along with nine victories.

Tyler Clippard (ARI); FAAB Bid: 3% - There might not be many save opportunities for Arizona these days, but the Diamondbacks are one of 30 teams and right now Clippard is their closer. What that means, is that we have to be aware of him and his two saves this week certainly placed him on our radar. This all comes with a caveat though as you might have to suffer through some frustration to get those ever-valuable saves. In 11 innings this season with Arizona, Clippard has four saves in total and while he has a 2.45 ERA his 4.93 xERA does a good job of bringing some of that risk to light. With just a 17.2% ground ball rate we really need to keep an eye on Clippard, but can’t overlook the value those saves bring.

Scott Barlow (KC); FAAB Bid: 1-2% - Barlow isn’t going to get the save every night for Kansas City, seven on the season and one this past week, but he is the best reliever in their bullpen. At this point in the season ever save is critical, as evidenced by our advocating for Clippard above, but it is also important to manage ratios as best as possible while chasing wins and strikeouts. From that perspective, Barlow and his 2.59 ERA and 1.22 WHIP are an asset and it’s hard not to like his 74 strikeouts in 57 innings while being used in high leverage situations and also picking up five victories along the way this season.