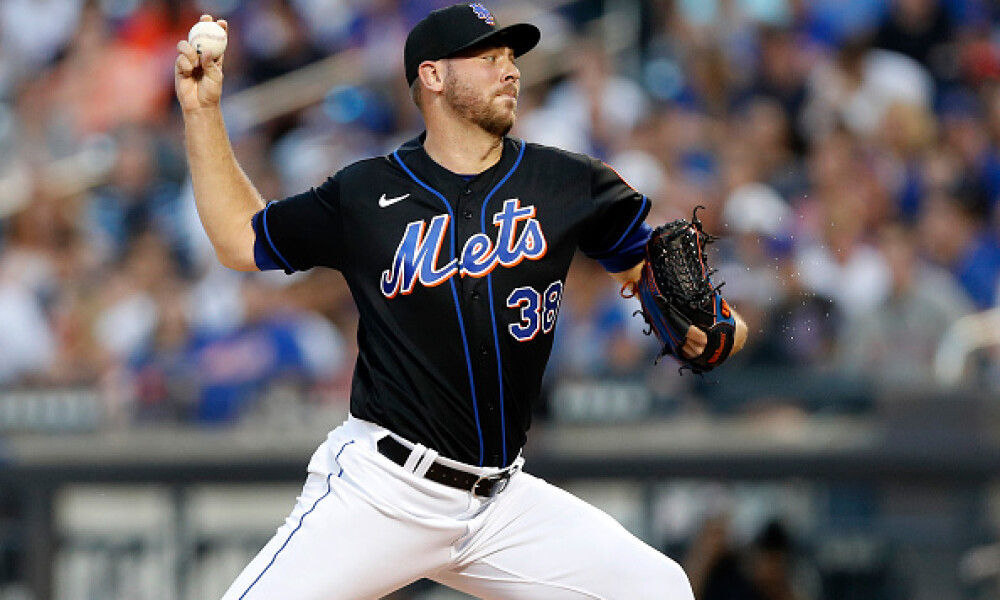 Jake Meyers, (HOU); FAAB Bid: 1-2% - After being promoted a few weeks ago the outfielder has found his way into regular playing time with six starts in a row and seven in his last eight games. This spike in playing time has coincided with the placement of Kyle Tucker on the Covid-19 list. With the outfielder due back shortly, we have to expect a decrease to some of Meyers’ playing time, but he has also carved out a role with the Astros and we should ride the hot hand. Meyers has at least one hit in seven of his last eight games and he took a .350 batting average over the last seven days into action on Wednesday. After picking two more hits against the Royals, Meyers brought his batting average up to .333 in 30 plate appearances. All the outfielder is doing is continuing the hot streak he was on prior to his promotion hitting .343 with 16 home runs, 10 stolen bases, and 51 RBI.

Tyler Wade (NYY); FAAB Bid: 2-3% - Speaking of the hot hand, Wade is the perfect example of that for a beat-up New York team. The utility man has been on a hot streak with eight hits in his last 21 at bats which brought his batting average up to .275 on the season. What really catches our attention though is his four stolen bases over the last seven days and 12 stolen bases on the season and we can’t take that production lightly. Wade should continue to receive at least semi-regular playing time as the Yankees work their way back to health and as they continue to win, he finds himself part of a strong lineup that allows him to rack up the stolen bases.

Nicky Lopez (KC); FAAB Bid: 1% - Let’s continue to dig deep for speed as Lopez has stolen five bases over his last three games against the Astros. It shouldn’t come as a true surprise though as speed is a part of Lopez’s game with 15 stolen bases on the season. Lopez does play everyday so that is a plus to start and he bats at the top of the order a portion of the time as well. What you see from the middle infielder is what you get and that generally ends at a solid batting average (.277) but more importantly those aforementioned stolen bases although he does have 48 runs scored.

Ian Happ (CHC); FAAB Bid: 1% - It hasn’t exactly been the best of seasons for Happ but, essentially by default, he is going to play everyday for the Cubs to close out the season. A .267 batting average over a seven-game stretch generally isn’t much to truly get excited over, but when it brings your season average up to .186, it is no small feat. Strikeouts continue to be a problem for Happ, 30.4%, but he does walk at a solid rate (11.9%) so he isn’t as bad in OBP leagues. Happ’s .236 BABIP does present some future optimism for his batting average and at least he has 14 home runs; although just 34 RBI.  With three home runs and eight RBI so far in August, it is possible for Happ to at least be a solid contributor over the rest of the season and there is at least more of a track record here than with most of the other available options.

Connor Joe (COL); FAAB Bid: 2-3% - With Colorado we can never be so sure of playing time, but in Joe the Rockies seem to have found their lead-off hitter. Through 48 games this season Joe is hitting .292 with seven home runs and 25 RBI and he’s doing a good job of making it impossible to ignore him. With a 13.8-degree launch angle and 11.8%-barrel rate, Joe is doing some good things at the plate but we also have to make note of his home/road splits. At home he is batting .377 with five home runs and 14 RBI compared to a .238 mark on the road with just two home runs and 11 RBI in eight more games so that makes him a streaming option.

Luis Gil (NYY); FAAB Bid: 2% - If you are in a dynasty or keeper league, Gil deserves to be owned without any question. Now the right-hander will eventually allow an earned run after going 15.2 innings over three starts while not allowing a run, but it’s clear that he hasn’t missed a beat in adjusted to the major leagues. With a 1.02 WHIP, baserunners haven’t been a problem for Gil and with 18 strikeouts, he also has the ability to work out of trouble as well. Eventually his success will catch up to him at some level, but Gil was a highly regarded prospect prior to his promotion, and while the Yankees will continue to shuttle him back and forth between Triple-A, we will see him again at the major league level this season.

Tylor Megill (NYM); FAAB Bid: 1% - Staying in New York, essentially due to lack of other options, Megill has and will remain in the rotation for the Mets for the rest of the season. With that being said though, the right-hander has earned his role and for the most part he is able to work out of and minimize trouble. Megill is coming off a six inning start against the Giants in which he allowed one run while striking out six to bring his ERA down to 3.21 along with a solid 1.16 WHIP and 60 strikeouts in 56 innings. A big thing for young pitchers is throwing strikes and avoiding walks, and that is something Megill has had success with walking just 2.41 batters per nine innings as that has influenced his 2.83 xERA.

J.A Happ (STL); FAAB Bid: 1% - Just close your eyes and avert any attention. I know that Happ’s ERA for the season is a lovely 6.03 along with a 1.50 WHIP, but the left-hander has had success in his last two starts with 11.2 innings of one run ball while picking up two victories and striking out seven. One of those starts and five of those strikeouts came against the same Pittsburgh team that Happ will be facing in his next outing and I like the streaming value here.

Joe Barlow (TEX); FAAB 5% - This isn’t the first time Barlow has been mentioned in this space since Ian Kennedy was traded to Philadelphia a few weeks ago, but it now appears that the closer’s job strictly belongs to him. Barlow has picked up the save in each of Texas’ last two opportunities while bringing his ERA down to just 0.62 to along with his WHIP of 0.81 in 14.2 innings of work. Strikeouts aren’t an issue for Barlow, 18 on the season, and the ninth inning doesn’t appear to be too big for Barlow either. The 2.26 xERA and 3.49 xFIP (2.15 FIP) do show that the success won’t continue at their current levels, but as long as Barlow continues to rack up the saves, fantasy owners would be perfectly fine with that regression.

Chad Green (NYY); FAAB 2% - Despite picking up saves in back-to-back to days this week, Green isn’t the official Yankees closer as that job still belongs to Aroldis Chapman thanks to his recent struggles. With that being said though, Green will still get the occasional save and at the very least he will continue to be a very critical part of New York’s bullpen while also picking up some “vulture” wins. To this point, Green has logged 62.1 innings this season while picking up seven victories and striking out 71 batters and providing ratio relief; 3.03 ERA and 0.85 WHIP.