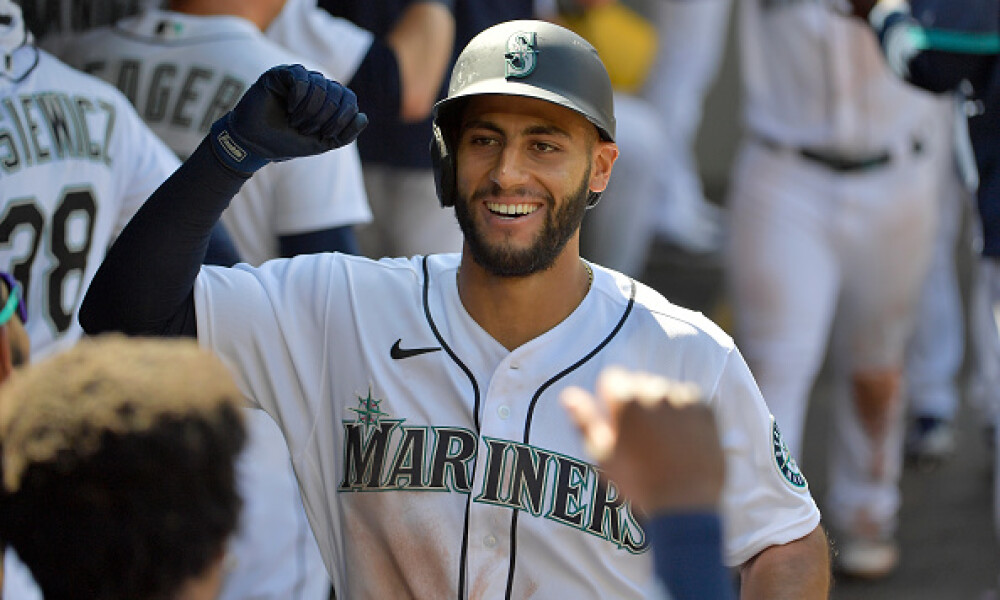 Myles Straw (HOU); FAAB Bid: 2% - With two months to go in the regular season, it’s all about managing those categories. Out of the five offensive categories it is very possible stolen bases are the most difficult to manage so it might be time to accept a one-dimensional option. Over the last 14 days Straw is hitting just .222 in 36 at bats, but his .262 overall average is pretty solid, but more importantly he has four stolen bases in that stretch. That brought his total up to 17 for the season and it could be what you need to move up the standings.

Daulton Varsho (ARI); FAAB Bid: 3-4% - Varsho made his way up to the big leagues last year and ultimately was less than impressive batting .188 in 37 games while striking out 28.7% of the time. On an overall basis, things aren’t looking much better for him in 45 games this season batting .204 but I’m thinking this might be the time to feel some optimism. The fact that he is eligible at both catcher and outfielder also comes into play here as well. Varsho has cut down the strikes so far (22.7%) while also boosting his walk rate up to 14.4% and as his .231 BABIP improves, we should see at least mild batting improvement as well so he’s not a complete liability. Perhaps that is coming as in the last 14 days Varsho is hitting .379 with four home runs and two stolen bases.

Josh Harrison (WAS); FAAB Bid: 1-2% - I wouldn’t necessarily call Harrison a needle mover, but he might be exactly what your team needs. The utility man has settled into regular playing time with Washington batting either fifth or sixth in their lineup and depending on the league settings he at least has eligibility at second and third base with outfield also a possibility. In the last 14 days (43 at bats) Harrison is hitting .372 with eight runs scored and four RBI which brought his average for the season up to .285. If you are looking to fill a hole on your roster with a solid producer, then Harrison could be your guy. The only issue is if he is moved from Washington in the next the days into a situation where he could potentially lose some playing time.

Brian Anderson (MIA); FAAB Bid: 3% - Especially this season it is very easy to forgot about all of the players who return from injury. Anderson is now four games into his return and he has logged at least one hit in each of them while hitting two home runs and driving in four runs. In 155 plate appearances so far this season Anderson is hitting a solid .264 with five home runs, 15 RBI, and four stolen bases while providing eligibility at both third base and the outfield.

Abraham Toro (SEA); FAAB Bid: 2-3% - Toro switched uniforms in the middle of Houston’s series with Seattle and simply continued to hit home runs. He is now up to home runs in four straight games which gives him eight in 114 at bats on the season along with 24 RBI and four stolen bases. Toro is batting just .219 on the year but his playing time hasn’t always been consistent with Houston for the most part with the exception of recently due to Alex Bregman’s injury. The minor league production has been there for Toro so now if he is playing everyday in Seattle, it’s worth a shot to see if his success can continue. As long as his BABIP (.198) cooperates and naturally increases I think it is possible as it is a plus that he only strikes out 16.4% of the time while sporting a .198 ISO. With a 13.7-degree launch angle, Toro has been making a commitment to the long ball and while it has worked, we should at least have mild concern about the long-term impact to his batting average. Ultimately though, Toro is hot at the moment and he has a solid track record, so let’s see if he can keep it going.

David Price (LAD); FAAB Bid: 2% - It’s all about having that pitching depth, and with no end in sight to Trevor Bauer’s absence, I would expect to see Price remain in the organization. Price makes his next start tonight in San Francisco coming off a season high of 5.2 innings in his last start. The left-hander is striking out just under a batter per inning but one noticeable improvement for Price is his 55.2% ground ball rate this year. Through 40.1 innings so far this season it is reasonable to expect his ERA to remain around its current level (3.35). As long as the ERA stays under four, which it should, we have to feel good about Price as we know his arm is fresh entering the stretch run. If I didn’t have concerns about what the Dodgers were going to do at the trade deadline, then I’d likely be a little more aggressive on Price.

Tylor Megill (NYM); FAAB Bid: 2% - If I didn’t have concerns about the Mets adding to their rotation, then the suggested bid could likely be doubled. But at what point do we just stop and recognize Megill for the success he is having? Entering Wednesday’s start against Atlanta he had two straight six inning outings without allowing a run before limiting the Braves to one run in 5.2 innings of work while striking out six. Megill has benefited from a 90.6% strand rate but when you are striking out 11 batters per nine innings along with 48% ground ball rate, he does a good job of limiting the opportunity opposing hitters have to do some damage. For obvious reasons I feel more comfortable with Megill’s 2.10 ERA and 2.16 xERA than his 3.35 FIP and 3.78 xFIP, but the sample size is small and it appears he is becoming increasingly comfortable at the major league level while also working on improving his stamina.

Cal Quantrill (CLE); FAAB Bid: 1-2% - It seems like we have been waiting forever for Quantrill to arrive on the scene as a legitimate fantasy option but with three straight starts of one run ball over 17 innings, that time might be getting close. Quantrill is settling into the Cleveland rotation and has a 3.66 ERA in 78.2 innings this season between the rotation and bullpen. His 5.19 xERA does serve to dial the optimism down somewhat but a 4.30 FIP and 4.75 xFIP bring things back to earth. Ultimately, we have to resist the urge to go too crazy, but his last three starts do have our attention. We also have to be aware of the low strikeout numbers (6.79 per nine innings) but Quantrill has benefited from the introduction of a cutter this season throwing it 17% of the time while also keeping the ball out of the air (32%).

David Bednar (PIT); FAAB Bid: 3% - Depending on what happens between the time I write/you read this and Friday’s trading deadline, the price for Bednar could move in either direction. With Pittsburgh clearly in rebuilding mode it is very likely that Richard Rodriquez will be moved which could open up the closer’s job for Bednar which makes it imperative to be an early mover. Through 39 innings so far this season he has certainly put his best foot forward with 48 strikeouts, a 2.77 ERA and 1.10 WHIP. With a 3.40 FIP, Bednar should hold solid value even without the saves, but the bulk of his value is attached to him moving into the ninth inning.

Kyle Finnegan (WAS); FAAB Bid: 1% - Finnegan has closing experience in the minor leagues so we know he can handle the role but his next save with Washington will be his first in the big leagues. At this point it appears that Washington will be looking to at least re-tool this week and that means, at the very least, moving Brad Hand and Daniel Hudson. With both relievers out of the way, Finnegan would be next in line for saves in the hierarchy of Washington’s bullpen. Walks are going to be a problem, 4.73 per nine innings, but Finnegan does have holds in each of his last three games while striking out just under 10 batters per nine innings with a solid 3.38 ERA. The walks do generate an increased xFIP of 4.36, but this based solely on his potential proximity to the ninth inning.