Steve Pimental explores every Fairway, reads every Green and uses his DFS Golf experience to put together a winning DFS Playbook for the Sanderson Farms Championship. 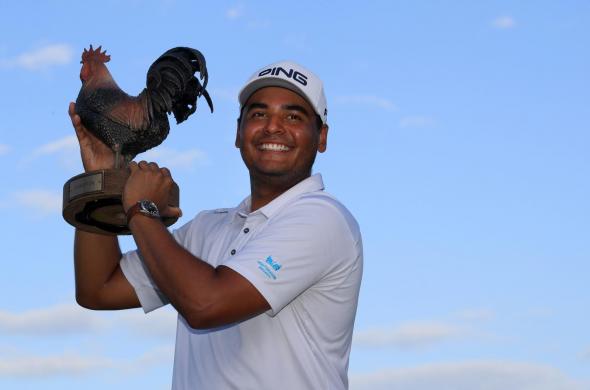 Watching Bryson DeChambeau bomb and gouge Winged Foot into submission is fine, I guess, but I think Hudson Swafford getting his second career PGA Tour victory after starting the week at 200-1 is a better story. While Swafford did come out of nowhere, he is as capable as anyone of getting a hot putter for four days, which is essentially what happened. Swafford did not have a single three-putt the entire week, and while he gave up a big lead on Sunday, he eventually righted they ship to hold on.

This week’s Sanderson Farms Championship could be awfully similar to what we saw last week at Punta Cana. The field is slightly stronger, and the course is slightly shorter, but at the end of the day we have a weak field in what figures to be a putting contest. I think we also have an excellent chance at seeing another longshot win. Of the six winners at Country Club of Jackson, three had +10000 odds or greater and none had shorter odds than Cameron Champ at +4500 in 2018. Unlike Punta Cana, we may get new blood in the winner’s circle, as all six winners at Jackson were first-time winners on the PGA Tour.

The par 72, 7,461 yard Country Club of Jackson has seen low scores all six seasons it has hosted the Sanderson Farms Championship, with each of the last five champions finishing -18 or better. The rough is not particularly punishing, and while shorter hitters can compete here, distance off the tee is an advantage. Par 5 scoring is important, but at the end of the day, putting figures to be the most important aspect this week.

ONE AND DONE PICK: Sebastian Munoz

DOMINATE the competition and WIN with the #FAmily and Get LeagueSync, Lineup Generator for DraftKings & FanDuel, Award-Winning DFS Playbook, Robust Tools, Premium Live Chat & more for all 11 sports we cover. One low payment covers you until January 1st, 2022. 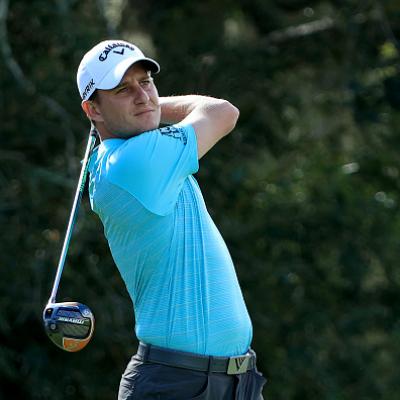 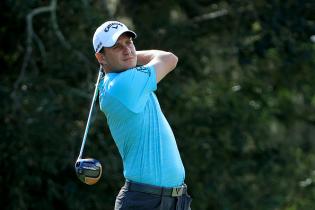 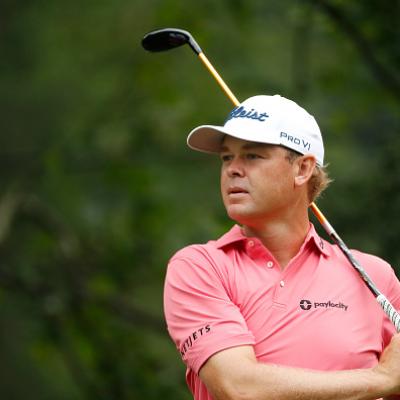 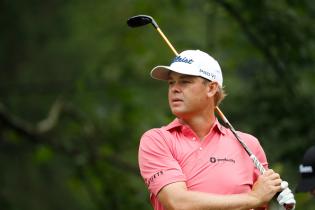 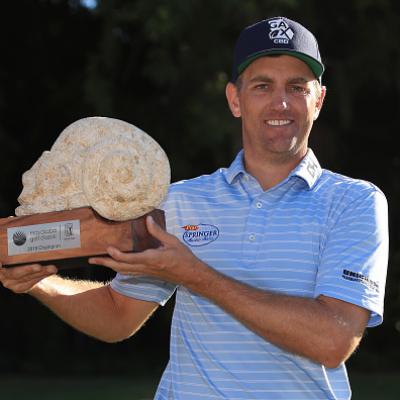 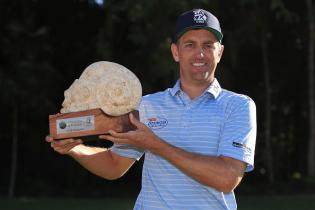 PGA Round 2 of Mayakoba suspended due to darkness

PGA Aphibarnrat (ankle) a WD during R2 of the Mayakoba

PGA Tom Hoge within one at Mayakoba after Thursday 66

B. Todd - G
Defending champ Brendon Todd twirled a 2-under-par 32-37=69 during round two of the Mayakoba Golf Classic, keeping his name inside of the top 10 at day's end (6-under 136).
Todd has collected 11 birdies this week to sit T4 in total birdies so far. He's orchestrated the success with precision off the tee, missing just 4-of-28 fairways through two days. Keeping things stress free by playing from the fairways, he's steadied 27 greens in regulation. This will be his third time defending a title on the PGA TOUR (MC at 2015 Byron Nelson; MC at this year's Bermuda Championship). "The first two times I didn't putt very well in my defense and this week I'm starting to putt pretty good." Todd sits at T9 on the leaderboard as play was suspended due to darkness. He's seven shots off the torrid pace set by Emiliano Grillo but just three shots out of second place.
Added Yesterday 7:29 pm (EST)
Added Yesterday 7:29 pm (EST)

E. Grillo - G
Emiliano Grillo fired on all cylinders en route to an 8-under-par 31-32=63 during round two of the Mayakoba Golf Classic, matching his career-low round on the PGA TOUR and surging toward a four-shot lead at the end of day two (13-under 129).
The Argentine has always played well at El Camaleon, arriving with a trio of top 15s in four visits. This week he started with a seven-birdie 66 and managed to turn it up a notch today. When asked what part of his game was clicking, he had this to say, "everything worked today. Played from the fairway, hit it close and when it wasn't too close, I made putts. It was one of those days." Grillo ranks T9 in fairways hit this week (19-of-28) but just T62 in GIR Percentage (63.89%). This will be his second career lead/co-lead after 36 holes of a PGA TOUR event (T3 at this year's Puerto Rico Open). Today's round matches his career low on the PGA TOUR (7-under 63 in R3 of 2019 Sony Open) and sets a new Low 36 (previously 131 at the 2018 Fort Worth Invitational). The 28-year-old is now in pole position heading into the weekend, looking to keep his foot on the gas and collect a second career PGA TOUR title.
Added Yesterday 6:53 pm (EST)
Added Yesterday 6:53 pm (EST)

P. Rodgers - G
Round two of the Mayakoba Golf Classic was suspended due to darkness at 6:10 p.m. ET and will resume at 8:00 a.m. on Saturday morning.
There were 18 players still out on the course when play was suspended on day two. We are at that time of year where daylight is at a premium and a one-hour delay didn't help matters this morning. The cutline is pretty locked in at 1-under but there are a few golfers that are straddling that line with a few holes to play (Max Homa and Michael Gellerman -2 thru 17; Kelly Kraft and Quade Cummins -1 thru 15. One golfer that didn't have any trouble finishing was Patrick Rodgers. He twirled a 5-under 66 today which vaulted him 27 spots on the leaderboard, currently T9 heading into the weekend. Rodgers arrived with two top 15s in six tries at the Mayakoba and he's on pace for another one this week.
Added Yesterday 6:46 pm (EST)
Added Yesterday 6:46 pm (EST)

A. Bhatia - G
Open qualifier Akshay Bhatia steadied a 2-under-par 43-35=69 during round two of the Mayakoba Golf Classic, keeping his name inside of the top 10 after two days of action, heading into the weekend on 6-under 136.
The 18-year-old played his way into the event a 66 during Monday Qualifying. He parlayed that success into a 4-under 67 on Thursday and keep it rolling today. The youngster's strongest asset early in his career has been his short game so anytime he pepperes 27 greens over a 36-hole period, he's going to score. At the midpoint he ranks T17 in greens hit. "It's a really good course for me just because I'm a pretty good ball-striker, I hit a lot of greens. As long as I can hit fairways, it's the key to making a lot of birdies out here." The non-member impressed with a T9 finish this fall at the Safeway Open and he's on pace for another big finish this week.
Added Yesterday 4:15 pm (EST)
Added Yesterday 4:15 pm (EST)

A. Wise - G
Aaron Wise kept his foot on the gas with a 3-under-par 36-32=68 during day two of the Mayakoba Golf Classic presented by UNIFIN, good for a share of fifth place on the live leaderboard (7-under 135) with play still in progress.
Wise has been a tactician from tee-to-green this week. He's split 20-of-28 fairways to rank inside of the top 10 in accuracy. From there, he's delivered with his irons and wedges, smothering 31 greens in regulation, currently tied for best in the field. As a result, he's racked up 10 birdies while dropping just three shots. Sitting at T5 on the live leaderboard, this will be the ninth time he's posted inside of the top 10 through 36 holes of a PGA TOUR event. He's turned six of those seven fast starts into top-20 finishes (including his breakout win at the 2018 Byron Nelson) so gamers should expect him to hang around near the top all weekend.
Added Yesterday 3:39 pm (EST)
Added Yesterday 3:39 pm (EST)

J. Dahmen - G
Joel Dahmen breezed through El Camaleon Golf Club with a bogey-free, 4-under-par 34-33=67 during round two of the Mayakoba Golf Classic, reaching the halfway mark on 7-under 135 to post inside of the top 10.
Dahmen was dialed in with the irons today. After finding 8-of-14 fairways he pelted 16 greens in regulation. He ranks T10 in the field so far in GIR Percentage (77.78%). The University of Washington product is playing his fourth event at El Camaleon and has now posted sub-70 rounds in all but one of his 14 rounds played (even that was a 1-under 70). His course resume includes a T6 finish from last year and he's right back in the hunt this week. Dahmen has five career top-5 finishes on the PGA TOUR but is still searching for his first victory.
Added Yesterday 2:52 pm (EST)
Added Yesterday 2:52 pm (EST)

K. Stanley - G
Kyle Stanley racked up a pile of par breakers en route to his 4-under-par 34-33=67 during round two of the Mayakoba Golf Classic presented by UNIFIN, earning him a seat inside of the top 10 with a 36-hole tally of 7-under 135.
Stanley split 9-of-14 fairways today and has missed just nine fairways all week (T19 in the field). From there, he peppered 14 greens in regulation to keep this round relatively stress-free. The highlight of his day came early in his round when he holed out for eagle at the par-5 13th, completely a three-hole birdie-or-better train. Stanley is scoring in bunches this week, already racking up 10 birdies to go along with the eagle. The Clemson product arrived without much success at El Camaleon Golf Club. He was just 2-for-6 with a T13 in 2011 being his lone top 50 at the event. However, he did enter with a T6 finish in his most recent start (The RSM Classic) so current form is winning out over course history so far this week for Stanley.
Added Yesterday 2:41 pm (EST)
Added Yesterday 2:41 pm (EST)

R. Knox - G
Overnight leader Russell Knox settled for a 2-under-par 33-36=69 during round two of the Mayakoba Golf Classic, taking his total to 8-under 134 at the midpoint which is currently one shot off the co-leaders at the top.
Knox had it dialed in on a windy opening day, lapping the field average by more than six shots (+6.43 SG:Total). He slowed his pace today and part of that had to do with the pace of his group's play. "it was a strange day, there was a lot of stuff going on. Our group had to take a few drops and rulings and whatnot. To be honest, I just didn't do a very good job of that, of kind of handling that. I need to do better than that this weekend." Despite the ho-hum results today, he still bested the field average by 0.78 shots at press time. He's now gained strokes over the field in 17 of his last 18 rounds played at El Camaleon so it's safe to say he likes it here. The Scot has piped 18-of-28 fairways (T30) this week and landed 28 greens in regulation (T11).
Added Yesterday 2:21 pm (EST)
Added Yesterday 2:21 pm (EST)