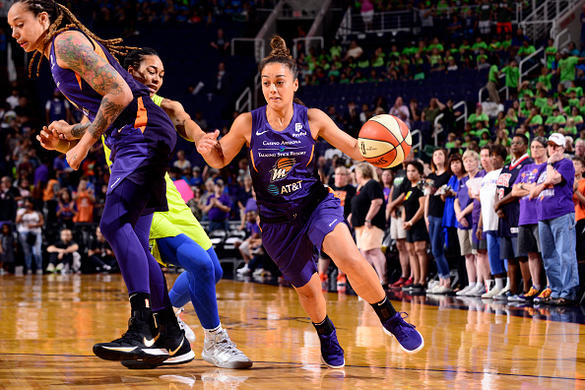 As we discussed on Sunday's FantasyAlarm WNBA DFS Podcast, there are two big pieces of news for Sunday's slate. The first is that Phoenix is down to seven healthy players, with Brittney Griner considered probable. All seven are playable for DFS, though players like Yvonne Turner and Camille Little are still risky despite likely playing more minutes.

The other big news is Derek Fisher finally realizing he should play Candace Parker at the three. That should mean Nneka Ogwumike, Chiney Ogwumike and Maria Vadeeva will get almost all of the forward minutes. Spacing may be an issue, as Parker is shooting 38.1 percent on threes but on only 21 attempts. Parker is a GPP play after scoring 43 fantasy points in her last game, but I'm not willing to pay for the Ogwumike sisters considering Maria Vadeeva is almost certainly going to see more minutes.