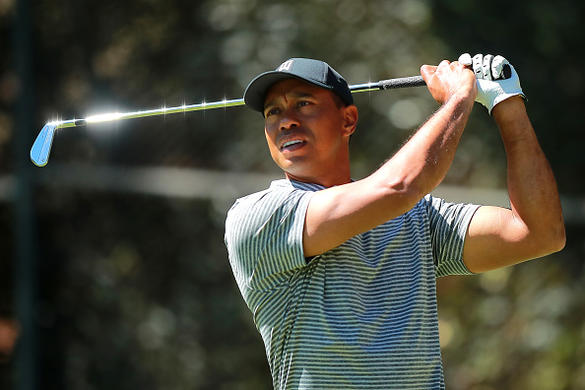 With the NBA taking the week off for the All-Star break, the PrizePicks Optimal Lineups shifts to the PGA. This week, the PGA Tour heads to Mexico for the WGC Mexico Championship at Club de Golf Chapultepec. The PrizePicks game is basically the same across sports, but their PGA game is slightly different than their NBA game. It is also different from other PGA games you may have played before.

As with any fantasy game, it is very important to understand PrizePicks’ PGA scoring. Birdies are worth three points and eagles five points. Pars are worth 0.5 points and bogies are worth -0.5. In Thursday’s slate, every player is projected for at least 17.5 fantasy points. To get there, your golfer is going to need some birdies. Someone like Jim Furyk, who ranks 10th in bogey avoidance but 153rd in Birdie or Better Percentage, will not fare well in this format.

The other notable rule for PrizePicks PGA contests is that you have to pick at least one Over and one Under for each contest. I tend to gravitate towards players I like in a given PGA tournament, but when you are doing your research, it is important to identify at least one player to fade as well. For more information about the tournament, be sure to check out our DFS PGA Optimal Lineups.

As always, we will make four picks, though this week I am playing the first three listed picks in a 3-pick entry in an effort to win 5x my entry. If you want to do a 2-pick entry, I would recommend my first two listed picks. Be sure to come back next Wednesday when I will make my picks for both the NBA and PGA contests.

Tiger struggled in the opening round for most of 2018, and 2019 hasn't been much different. Tiger shot opening round 70s each of the last two weeks, and that probably isn't going to get it done.

Thomas appears to have everything going in his favor this week. He has two top-five finishes in two starts at Club de Golf Chapultepec and he has finished top three in three of his last four tournaments. Thomas ranks fifth in Par 4 Birdies or Better this season and fourth in first round scoring average.

Koepka was a popular pick for best player in the world after winning three of his last six majors, but he has been quite mediocre in 2019. Koepka began they year finished 24th out of 33 players at the tournament of champions and he finished T57 in his most recent tournament, the Saudi International powered by SBIA. He is ranked 100 in SG: Approach, which could be a problem on this course. In his only appearance at Club de Golf Chapultepec, Koepka finished 48th. 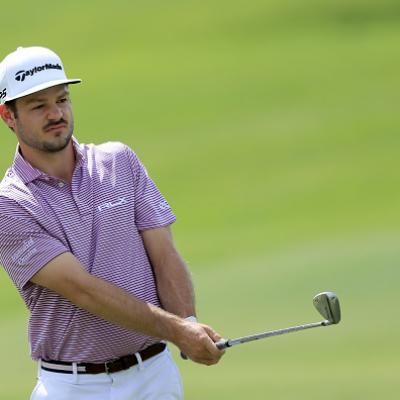 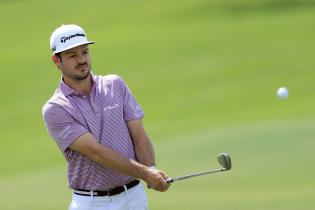 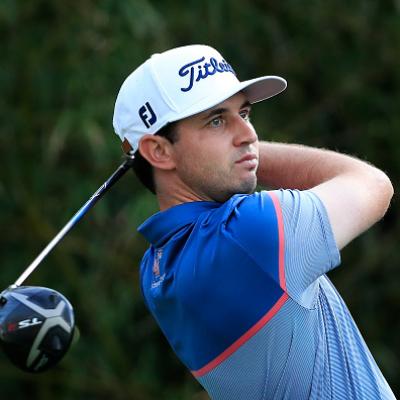 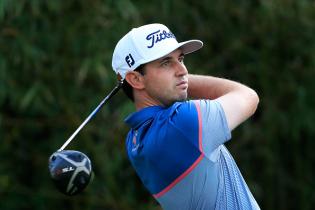 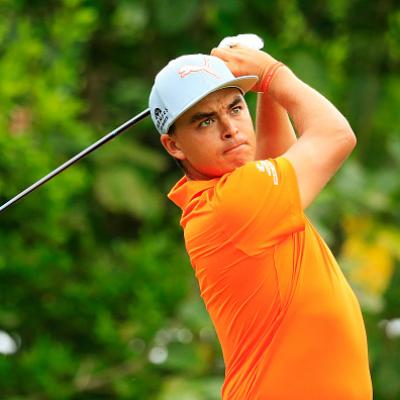 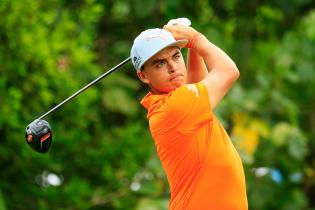 PGA Kirk poised to build off KFT win at Rocket

D. Willett - G
Danny Willett's T-4 finish at the Rocket Mortgage Classic is his best PGA Tour result since his triumph at the 2016 Masters.
Willett's resurgent form has included multiple recent wins on the European Tour, but Sunday's result at Detroit Golf Club was his best in the U.S. since slipping into the green jacket more than four years ago. His previous high-water mark on the PGA Tour came last year, when he finished T-6 at The Open at Royal Portrush. Willett shared fourth place at 16 under after getting progressively better in each round, highlighted by a 6-under 66 in the final round which included seven birdies. It's Willett's best tournament result overall since his win at the BMW PGA Championship in September.
Added Yesterday 11:18 am (EST)
Added Yesterday 11:18 am (EST)

K. Kisner - G
Kevin Kisner fired a final-round 66 in Detroit to finish alone in third place at the Rocket Mortgage Classic.
Kisner made one of the day's biggest moves, vaulting from 13th to within reach of Bryson DeChambeau coming down the stretch. While Kisner ultimately ran out of holes, his six-birdie effort netted him solo third place at 18 under and a sizeable payday. It's his first top-10 finish since a T-4 result at the Sony Open in January and marks his best result since his win at the WGC-Dell Technologies Match Play in March 2019.
Added Yesterday 11:13 am (EST)
Added Yesterday 11:13 am (EST)

M. Wolff - G
Matthew Wolff coughed up a three-shot lead during the final round of the Rocket Mortgage Classic, ultimately finishing behind Bryson DeChambeau.
It was a reversal of the leaderboard situation at last year's 3M Open, where Wolff edged DeChambeau with a 72nd-hole eagle. The 21-year-old held a three-shot lead heading into the final round but stumbled out of the gates, making bogey on four of his first nine holes. While he cut DeChambeau's lead to 1 with a birdie on No. 15, he couldn't get any closer. His 31 birdies or better led the field, and he's the first player since 2001 to make that many and not win a Tour event. The runner-up finish is his first top-10 result since his win in Minnesota nearly a year ago, and it's his first top-50 finish since January.
Added Yesterday 11:01 am (EST)
Added Yesterday 11:01 am (EST)

B. DeChambeau - G
Bryson DeChambeau flexed some extra muscle Sunday, closing with a 7-under 65 to win the Rocket Mortgage Classic by three shots.
DeChambeau held a one-shot lead before birdies on each of the last three holes sealed his first victory in 20 months. It's also his seventh straight top-10 finish dating back to February, proof again that the body transformation he has undergone in recent months is paying off. DeChambeau averaged 350.6 yards per drive on measured holes, the longest in the ShotLink era for a tournament winner. He also became the first player to win an event while leading the field in both strokes gained: off-the-tee and SG: putting. DeChambeau will have a week off before returning at the Memorial, an event he won in 2018 when he was wielding a much lighter frame.
Added Yesterday 10:58 am (EST)
Added Yesterday 10:58 am (EST)

B. Koepka - G
Former world No. 1 Brooks Koepka will headline the field at the Workday for Charity Open, where his brother will also tee it up.
Chase Koepka Monday qualified for the Travelers Championship, but both brothers withdrew once Brooks' caddie, Ricky Elliott, tested positive for COVID-19. Both men will be in the field next week at Muirfield Village, with Brooks returning after two weeks off and Chase the recipient of a sponsor exemption. This will be the first of two straight Tour events at Jack's Place, with the Memorial to follow. Joining the Koepkas in the 157-man field in Ohio will be Nick Watney, Dylan Frittelli, Denny McCarthy and Brandon Wu, all of whom tested positive for COVID-19 in recent weeks but have since been medically cleared to return to competition. Justin Thomas and Jordan Spieth are also in the field, as are recent Memorial champs Matt Kuchar, Jason Dufner and Patrick Cantlay.
Added Jul 03 9:28 pm (EST)
Added Jul 03 9:28 pm (EST)

J. Day - G
Former world No. 1 Jason Day won't be around for the weekend in Detroit after posting two straight rounds of 70.
Day's 4-under total would be enough to make the weekend at most Tour stops, but not this week at Detroit Golf Club where the cut fell at 5-under 137. It's the third missed cut in four starts since the break for the Aussie, who managed just three birdies in the second round. But he's not alone in slamming the trunk, as Patrick Reed (-2), Bubba Watson (-2), Brandt Snedeker (-2) and Nate Lashley (-4) all missed the halfway cut during a week of low scores where 12-under 132 shares the 36-hole lead.
Added Jul 03 9:23 pm (EST)
Added Jul 03 9:23 pm (EST)

M. Wolff - G
Nearly a year removed from his most recent top-10 finish, Matthew Wolff trails by a shot heading into the weekend at the Rocket Mortgage Classic.
Wolff burst onto the scene around this time last year, winning the 3M Open with a dramatic eagle on the 72nd hole. His results since haven't kept pace with those early returns, as his win in Minnesota remains his most recent top-10 finish and he hasn't cracked the top 50 since January. But those droughts may end this week in Detroit, where the 21-year-old made a move with six straight birdies en route to a second-round 64. At 11 under, he's part of a large pack of players that trail Webb Simpson and Chris Kirk by a shot heading into the weekend.
Added Jul 03 9:13 pm (EST)
Added Jul 03 9:13 pm (EST)

C. Kirk - G
Two weeks after a breakthrough win on the Korn Ferry Tour, Chris Kirk shares the 36-hole lead at the Rocket Mortgage Classic.
Kirk won his first event in more than five years during a rare KFT start at the King & Bear Classic, and after taking a week off he has picked up right where he left off this week in Detroit. The veteran shares the lead with Webb Simpson after rounds of 67-65, the latter including a pair of holed chip shots for birdie. Kirk missed seven months of action last year to address issues with alcoholism and depression, but with a win under his belt he is now in the mix for what would be his first PGA Tour title since his win at Colonial in May 2015.
Added Jul 03 9:10 pm (EST)
Added Jul 03 9:10 pm (EST)