Steve Pimental looks at the player's who make for solid waiver claims heading into Week 13 of the NFL season. 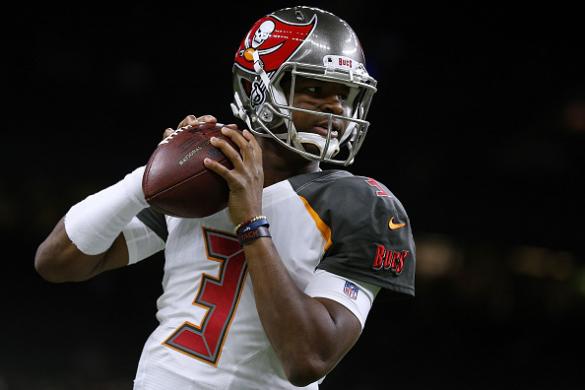 I didn’t expect to have many players on this list, since it has felt like a pretty slow news week in the NFL. I was wrong. Between players potentially returning from injury and starters who may have to sit this week, there are a surprising number of interesting late-week pickups. Many of these are one-week pickups, but there are a few names on this list who could be important throughout the fantasy playoffs. The players below are listed roughly in the order I would seek to add them. Each player is listed along with his ownership percentage in Yahoo! leagues. 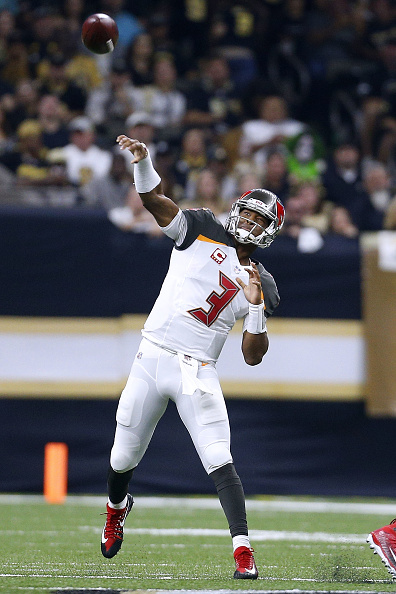 Jameis Winston, QB, TB (46%) – By now we should know exactly what we are getting from Jameis Winston. He is consistently inconsistent, and no outcome Sunday would be particularly surprising. The Packers’ defense isn’t exactly good, and it could easily be worth taking a shot on a quarterback who has thrown for at least 300 yards four times in eight games this season, with 2+ touchdowns in three of those.

Zay Jones, WR, BUF (19%) – Zay Jones is worth a speculative add in most leagues thanks to the 5+ targets he has gotten in each of his last seven games. He should have a bit more value this week as it looks like Kelvin Benjamin will miss another game with a knee injury. Jones is the de facto No. 1 receiver in Buffalo with Benjamin out.

Aaron Jones, RB, GB (26%) – Jones was a limited participant in practice Wednesday and Thursday, and could be on track to play Sunday against the Buccaneers. Jamaal Williams will almost certainly lead the team in running back touches, at least until Jones proves he is 100 percent, but it is easy to forget Jones looked awfully good in October when he had the running back job all to himself. He has a chance to be the lead back again before long.

Theo Riddick, RB, DET (38%) and Dwayne Washington, RB, DET (0%) – Ameer Abdullah still hasn’t practiced this week. If he misses the game, Dwayne Washington is the likeliest candidate for early-down work, while Theo Riddick would likely see more touches as well. Baltimore has not allowed more than 66 rushing yards to running backs in a game since Week 7 and the Lions haven’t had a player rush for 100 yards since 2013, so Washington’s fantasy value is limited even if he gets the start.

Dede Westbrook, WR, JAX (28%) – It feels like the fantasy community is spending a disproportionate amount of time discussing Dede Westbrook, but maybe the fact he still isn’t owned in 30 percent of leagues means I am wrong. I am still skeptical he can be a consistent fantasy producer at his size, but with Allen Hurns likely out again, Westbrook could take advantage of a nice matchup against the Colts. Just keep in mind Marqise Lee is a far better fantasy play and Blake Bortles is still the quarterback in Jacksonville.

Cordarrelle Patterson, WR, OAK (12%) – It is nearly impossible to trust Patterson, but he has a decent quarterback and he should be Oakland’s top receiver with Amari Cooper out. If you are a bit desperate, Patterson’s situation and ceiling are intriguing.

Josh Hill, TE, NO (0%) – With Coby Fleener likely out with a concussion, Josh Hill should be the Saints’ top tight end Sunday. Fleener is 26th in PPR scoring among tight ends this season, and he is a better player than Hill, so Hill’s value is pretty limited.

Malcolm Brown, RB, LAR (0%) – Brown returned to practice Wednesday, and while Lance Dunbar would likely play on obvious passing downs, Brown is the Todd Gurley handcuff I want. Brown isn’t a must handcuff, but he is worth a roster spot, especially in deep leagues.

Jimmy Garoppolo, QB, SF (15%) – We have very little idea if Jimmy Garoppolo is actually good, but we know his supporting cast is pretty poor. He isn’t going to provide much value with his legs, but I would rather take a chance on him than someone we know for sure isn’t any good like Trevor Siemian or Tom Savage.

P. Peterson - DB
ARI
General manager Steve Keim confirmed Friday the team had discussed Peterson's contract with his representation, noting nothing has transpired yet, but that "we'd love to see him retire as a Cardinal," Grant Gordon of NFL.com reports.
For a full breakdown and detailed player analysis GO PRO and join the Fantasy Alarm Family! CLICK HERE to unlock your PRO package and take advantage of instant savings!
Added Yesterday 12:45 pm (EST)