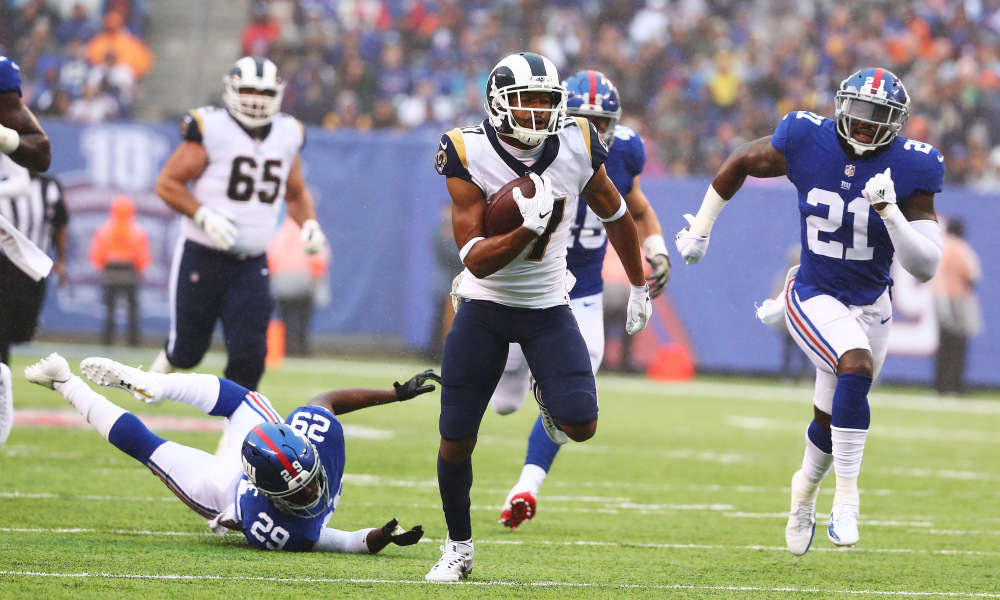 We are nearly through the bye weeks, with four teams off this week and four more next week. While this week’s waiver wire is pretty short on players with much opportunity or upside, there are plenty of fine adds to help get you through the coming weeks. The waiver adds listed below include their ownership in Yahoo! fantasy leagues as well as the amount in FAAB I would be willing to spend out of a $100 budget. 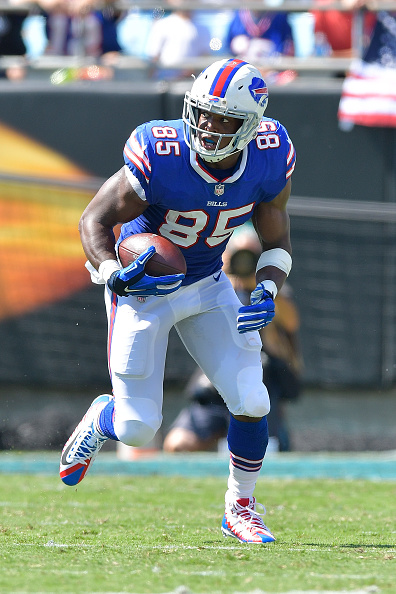 Charles Clay, TE, BUF (13%) – Clay appeared to be on track to return this week from his knee injury, but that may be in jeopardy after he failed to practice Monday. Clay was a top-10 fantasy tight end before the injury, and at the very least he is a worthy bye-week fill in. Clay was actually better last season when Sammy Watkins in the lineup, so he could thrive even with Kelvin Benjamin potentially taking away targets. $8

New England Patriots DEF (39%) – I am not convinced the Patriots have fixed their defense even though they have allowed fewer than 17 points in four consecutive games. That being said, it may not matt if the defense is any good against the Broncos. Only the Browns have given the ball away more than the Broncos this season. $3

Josh McCown, QB, NYJ (35%) – McCown has at least two touchdowns in five consecutive game, and only two teams have allowed more passing yards per game than the Buccaneers this season. McCown’s surprising streak of competence should last at least one more week. $10

Robert Woods, WR, LAR (35%) – Woods scored his first two touchdowns of the season Sunday, but more importantly, he has at least four receptions in four consecutive games and five of his last six. Houston’s defense looks like a shell of its former self, and Woods is the best bet to take advantage this week. $7

Matt Forte, RB, NYJ (43%) – Forte had a season-high 14 carries Thursday night, but more importantly, he has at least four receptions in four consecutive games. Forte is never going to get this job all to himself, but he doesn’t have to, especially against Tampa Bay this week. Only the 49ers and Rams have allowed more fantasy points to opposing running backs than the Bucs this season.    $12

Thomas Rawls, RB, SEA (13%) – If Eddie Lacy is out, Rawls has an excellent chance at the early-down work in Seattle’s offense. That situation hasn’t produced much yet, but having one less guy to split carries with can’t hurt. $6

Julius Thomas, TE, MIA (12%) – It probably isn’t a coincidence Thomas’s bets game of the season came in Jay Cutler’s best game of the season. I thought in the preseason there was a chance Cutler could fixate on Thomas the way he did with Martellus Bennett and Zach Miller in Chicago, and it is possible we saw the start of that Sunday. $5

Chicago Bears DEF (8%) – The Bears’ defense is  ninth in fantasy points this season, and they host Brett Hundley. I don’t understand why they are available in so many leagues. $5

Brett Hundley, QB, GB (12%) – Hundley has a rushing touchdown in each of his two NFL starts, and he only has one interception. He is probably a bit too eager to take off running considering he is so poor at throwing on the run, but so long as he gets rushing yards and protects the football, he should have a higher floor than most of the other widely available quarterbacks out there. $3

Adam Humphries, WR, TB (4%) – Did you know Humphries had six receptions in three different games this season? Mike Evans’s 9.1 targets per game are going to have to go elsewhere while he serves his suspension, and Humphries is as good a bet as any. $10 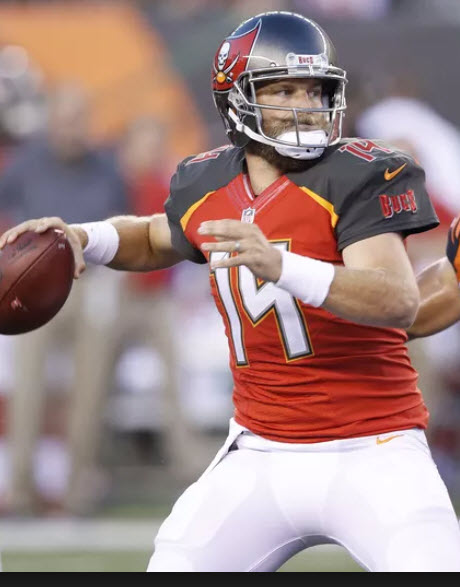 Devontae Booker, RB, DEN (4%) – This is increasingly looking like the Seattle backfield, where the situation is so bad it doesn’t really matter who gets the touches. That being said, Booker played just one fewer snap than C.J. Anderson last week, and if there was ever a time for the running game to get right, it is against the Patriots. $1

Garrett Celek, TE, SF (0%) – The Giants have allowed at least one touchdown to a tight end in every game this season. Celek will get the lion’s share of San Francisco’s tight end work with George Kittle and Cole Hikutini out. $5

Ryan Fitzpatrick, QB, TB (1%) – Fitzpatrick has four touchdowns on 48 attempts this season, and that could certainly continue for one more game. Even with Mike Evans out, Fitzpatrick has enough weapons to put together a good fantasy day. $3