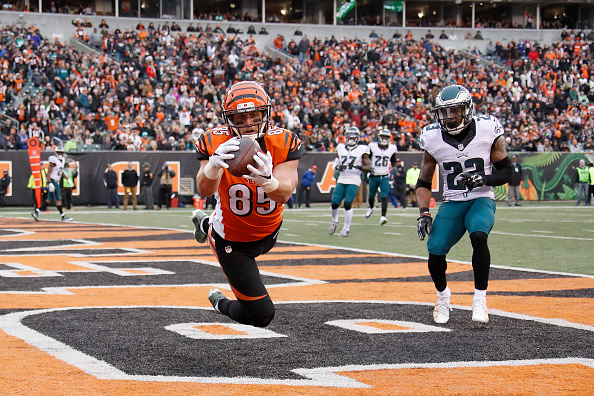 In my Fantasy Football Myths article for the FantasyAlarm Draft Guide, I mentioned the increasing popularity of waiting on quarterbacks and tight ends in fantasy drafts. In general, I agree with the premise of waiting on a tight end, especially in shallow leagues. At the same time, as I point out in that article, if you stick to that strategy, there is a good chance you will miss out on a significant value, especially if most of your league also waits on their tight ends.

So what approach should you take with the tight end position? I don’t want to pay full price for any tight end this season. I don’t think there is a need to. Sure, there is probably nothing wrong with taking Jordan Reed or Greg Olsen in the fourth round, but you aren’t getting them at a discount, and now you aren’t in a position to take advantage when Jimmy Graham or Tyler Eifert fall.

The risk to waiting is that you miss out on all of the good tight ends and you wind up scrambling to find a decent starter at the position. I would argue that risk is incredibly small, because tight end is so deep. Last season, the number 12 tight end in standard scoring was Coby Fleener, at 87.30 fantasy points. Ten tight ends finished one fantasy point per game or fewer behind Fleener. That makes 22 tight ends who were either a fantasy starter or close to it in a 12-team league, and that doesn’t even include Vernon Davis or Eifert, who were clear fantasy starters for multiple weeks. This season, I project 11 tight ends at 87+ fantasy points and seven more to finish between 72 and 87.

That makes 18 tight ends I feel comfortable drafting as my starter. If tight ends are flying off the board and teams are taking backup tight ends, I am fine loading up at other positions and leaving the draft with Austin Hooper, Julius Thomas, or Jason Witten as my starter.

That is not to say I feel like I would be set at the position. Thomas is unlikely to play 16 games, Austin Hooper hasn’t proven he is a starting fantasy tight end (even though I think he probably is) and Jason Witten has very little upside. With all of those players, I am keeping an eye on the waiver wire for a breakout candidate or perhaps a solid TE who gets dropped by another team.

In most cases, I am leaving the draft with one tight end, even in 16-team leagues. I play in a 16-team PPR league and last season five of the top-18 fantasy tight ends went undrafted, including Cameron Brate, Dennis Pitta and Jack Doyle. Even in deep leagues, a few tight ends will emerge. You shouldn’t feel like you have to leave the draft with a backup on your roster. 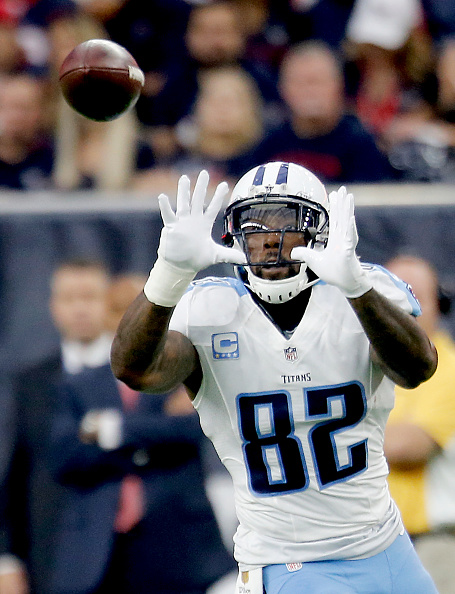 I am definitely only taking one tight end if I leave the draft with one of the top tight ends. If Jimmy Graham or Delanie Walker falls to me in the middle rounds, I don’t think there is any reason to draft another tight end unless the value just becomes ridiculous. Let’s say you draft Walker, and when it comes time to fill your last bench spot, Jack Doyle is still available. That is fine value for Doyle, but if you take him as a backup to Walker, what are you hoping for? Walker has played at least 15 games in four consecutive seasons, and he has played at least 14 games every season except for his rookie year in 2006. You probably won’t need Doyle as an injury replacement, and even if Doyle breaks out and reaches his ceiling, are you really going to start him ahead of Delanie Walker? How much extra value will he provide? The best case in this scenario is probably that Doyle breaks out and you are able to trade one of your tight ends for full value at another position of need. Is that really worth it? Wouldn’t you be better off using that pick on a young receiver or running back who could pop?

The exception to this is Tyler Eifert. Eifert has played just 37 games in four NFL seasons. If you draft him in a deeper league, you need a backup. In a 10-team league, you can probably get away with only taking Eifert, but I wouldn’t necessarily recommend it.

If you don’t get an every week starting tight end in your fantasy draft, feel free to take a second one if the value is there. Just be sure that one or both of them has a high ceiling. I don’t think there is any point in leaving your draft with both Jason Witten and C.J. Fiedorowicz. There isn’t any upside to those players, and they have reasonably high floors on top of it. I want to make sure I have someone like Julius Thomas or Austin Hooper who has a chance to break out and really provide some nice value. In shallow leagues especially, the late rounds should mostly be about looking for upside, and the tight end position is no different.