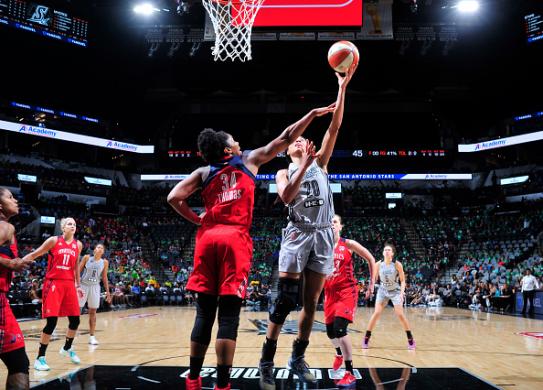 To quote Bull Durham: “Sometimes you win, sometimes you lose, sometimes it rains.” I don’t know that the Sun-Mystics game getting postponed due to a leaky roof torpedoed my lineups, but I don’t think it helped. Basketball is supposed to be the one DFS game not ruined by rainouts, players withdrawing after lineup lock, or the drivers you picked getting caught in a wreck. Even though we deal with those situations all of the time, and even though the NBA had two games postponed due to moisture on the court last season, Friday’s postponement was still a tough pill to swallow.

To make matters worse, we can’t even use the Washington players we liked on Friday in our example lineups, since they play in the two-game early slate, and not the four-game main slate. We will still include early-game players in our playbook, but our lineups will focus on the main slate.