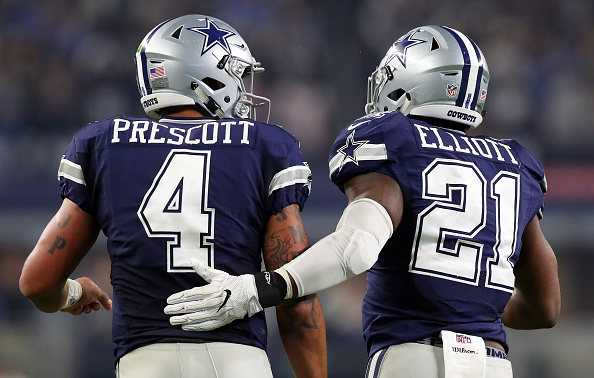 Dynasty Leagues are some of the most fun formats in fantasy in part because they most closely resemble the actual NFL. Unlike in seasonal leagues, where every team starts off trying their hardest to win that season, teams in dynasty leagues have different priorities. There are teams with aging rosters trying to win now, young teams looking towards the future and teams trying to pull a Danny Ainge and contend now without surrendering many future assets. You have entrenched owners who make the Chicago Bears’s ownership look competent and new owners looking to clean up the mess left by the previous regime.

Be realistic about your chances of winning. 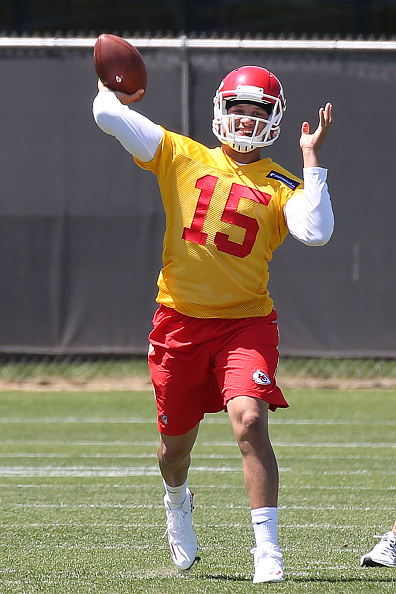 This is a common mistake for NFL general managers and dynasty league players alike. A great example of this is from the 2017 NFL draft, when the Kansas City Chiefs traded their 2017 first-round pick (number 27 overall), their 2017 third-round pick (number 91) and a 2018 first-round pick to acquire the 10th overall pick, which they used to draft Patrick Mahomes. Technically, this could qualify as overspending on a quarterback, but there are plenty of other examples of that when the time comes.

This move was a head-scratcher for a team that entered the offseason as a legit Super Bowl contender. The Chiefs finished with the third-best record in the NFL last season and had the fourth-best point differential. If the Chiefs had simply made their picks at 27 and 91 they would have increased their chances to win, at least a little bit. Instead, they mortgaged this season for a player who won’t help them until 2018 at the earliest. This is the kind of move that a young team with a lot of assets like the Browns should have made.

Dynasty players make similar mistakes all of the time. Bad teams that should be planning for the future make win-now moves while good teams fall in love with young players and draft picks when they should use those assets to try to put their teams over the top. If you can’t be objective about where your team stands, ask a friend, or leave a question in the FantasyAlarm Forum.

Someone tell this to the Chicago Bears. They basically gave away Martellus Bennett and Brandon Marshall and declined to match the minuscule offer the Eagles gave Alshon Jeffery all in the name of rebuilding. It happens all the time in dynasty leagues too. Owners drop or practically give away old players who can help their team right now for young guys who aren’t particularly likely to ever be good. A similar phenomenon happens in first-year drafts in dynasty leagues. Everyone wants to build a dynasty, but flags fly forever. If Larry Fitzgerald helps your team win a title in 2017, I promise you won’t care when he retires in the offseason.

In a lot of ways, this just comes down to being realistic about young players. Much like the Bears overestimated Kevin White’s ability to replace Brandon Marshall, fantasy players often overestimate the potential of young players, or the likelihood of a young player actually fulfilling their potential. Unless you are giving up on the present altogether to focus on the future, you should be wary of passing on someone you know is good for someone who could be good next year.

Don’t overpay for a young quarterback.

The Redskins traded a king’s ransom to move up in the draft for Robert Griffin III, and he wasn’t even the best quarterback they selected in that draft. The Rams made a similar pick for Jared Goff, and while the jury is still out, it still looks like a disaster. The Bears overpaid for two quarterbacks in the same offseason, outbidding themselves for Mike Glennon and giving away draft picks to move up one spot so they could draft Mitchell Trubisky.

On the flip side, surprise quarterbacks pop up every year, with Dak Prescott joining a long line including Kirk Cousins, Russell Wilson, Colin Kaepernick (for a while) and so on. Those players were just as cheap in dynasty leagues as they were in the NFL draft.

In fantasy especially, you can find quarterbacks who are good enough in any given year without having to take the risk on a young guy with a first-round pedigree. Sure it would be nice to own Jameis Winston or Marcus Mariota if they turn into perennial fantasy studs, but the odds of that are extremely tiny. Perennial stud QBs are extremely rare, and do you really think one of those guys is the next Drew Brees or Aaron Rodgers? By all means, take a chance on a young quarterback, especially if you already have a solid option at the position. Just don’t give up a ton to do it.

As a corollary to this point, keep in mind that running quarterbacks tend to either stop running or get hurt as they age. Michael Vick is the only quarterback to rush for more than 550 yards in a season in his thirties, and he played 13 games or fewer in each of those seasons. Cam Newton and Russell Wilson both had career-lows in rushing attempts and rushing touchdowns last season, and if they aren’t running, how much fantasy value will they have? Keep that in mind before you start getting visions of Marcus Mariota, Dak Prescott or Deshaun Watson carrying your fantasy team for the next decade. The rushing yards and touchdowns will probably dry up sooner than later. 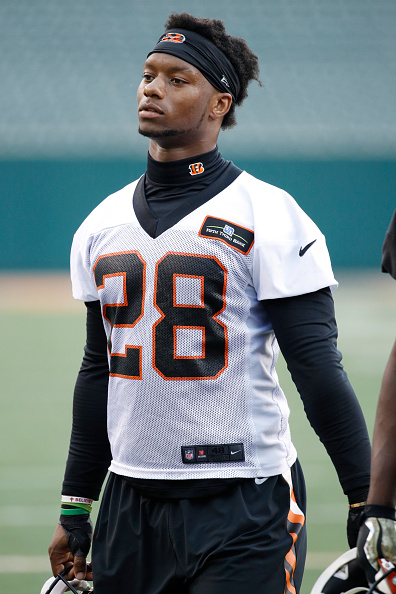 There are obvious exceptions, but for the most part, there is a good reason most NFL teams decline to draft running backs early or reward them with long-term contracts with a lot of guaranteed money. Running backs just don’t last year-to-year, and even the ones who do turn into a pumpkin when they turn 30.

Remember when everyone thought Giovani Bernard was the next great young running back? Then it was Jeremy Hill. Now the fantasy community has largely decided those two players are garbage and Joe Mixon is better than both and thus will take the lion’s share of the Bengals’ running back touches. Even if that is the case, what is to stop some other back from replacing Mixon in a year or two?

On the other hand, the best dynasty investments tend to be receivers and tight ends. Players at both positions can play at an elite level well into their thirties, which almost never happens for running backs. Young, elite running backs are obviously incredibly valuable, but they have a shorter shelf life than their counterparts at other positions.

Life comes at you fast.

Why is Kirk Cousins playing on the franchise tag (again?) Why don’t NFL teams sign their best players to long-term guaranteed contracts? Things change quickly in the NFL, and if you think you know who will be good five or even three years from now, you may be mistaken. Do you think Calvin Johnson’s dynasty owners thought he would retire before last season? The point is, while you obviously have to manage a dynasty team with one eye on the present and one on the future, keep in mind the future is murky at best. As Yoda said: “Difficult to see. Always in motion is the future.”

The one common denominator in all of these rules is to try to evaluate your own team, the rest of the league and all of the players as objectively as possible. If you remember the lessons above and try to keep them in proper perspective, you will be successful in your dynasty league. Just try to be patient.