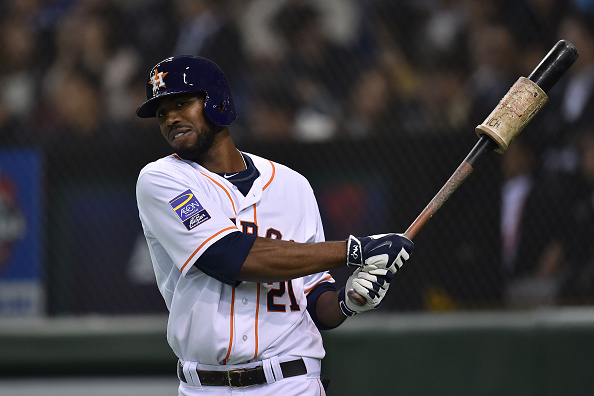 I spend a lot of time—too much, I fear—discussing the differences between tradition and daily fantasy. The reason is pretty simple: as a longtime traditional fantasy baseball player, my greatest challenge when I began playing DFS was unlearning what I have already learned. Since I tend to do my best writing when I write about myself, I tend to write a lot about the differences between traditional and daily fantasy. Today I am going a different route, because I want to address a mistake many traditional and DFS players make.

If chicks dig the long ball, so do fantasy players. It is easy to see why: a home run helps you in nearly every fantasy category, making it extremely important for points and roto formats. In the rush to chase home runs, fantasy players in all formats tend to forget the little guys who make those sexy three-run home runs possible: the tablesetters. In just about every fantasy baseball format I have ever played, runs count just as much as RBI, but you would never know it by the way many people play fantasy baseball. It seems like unless you can hit 25 home runs or steal 30 bases you may as well not exist. Guys like Nori Aoki and Dexter Fowler went very late in fantasy drafts—or not at all—even though they were virtually guaranteed to bat at the top of their lineups.

The same happens all the time in DFS. Earlier this month Todd Zola did an excellent job looking at the value of the different spots in the batting order, and while the first two spots in the lineup may not generate the most points, I believe they are the most overrated. Part of the reason my DFS lineups are chock full of guys like Aoki, Joc Pederson, Devon Travis and Anthony Gose is the obvious one: the higher you bat in the lineup, the more plate appearances you can expect.

The other reason I load up on leadoff hitters is the price. I’d love to take only competent three, four and five hitters in all of my lineups, but that is rarely possible. Taking one and two hitters is a great—and usually inexpensive—way to take advantage of a favorable matchup. After all, if the Blue Jays are going to score a lot of runs, there is a decent chance Devon Travis is going to be involved. I’m not saying to take Travis instead of Jose Bautista, but playing Travis could be a cost-effective way to allow you play Bautista or Bryce Harper instead of some middling outfielder.

I believe tablesetters are especially great plays for cash games. In a GPP I will take a chance Chase Utley’s luck finally turns around, but in a cash game I will take Devon Travis or Jace Peterson and know I have an excellent chance for a hit, a walk and a run scored.  More often than not those guys will get you something, and a 3-for-4 game with two runs scored can be pretty valuable in its own right.

The great thing about DFS is it is never too late to adopt a winning strategy. If you missed out on Nori Aoki or Ender Inciarte in a traditional league, you won’t get them now without paying too much. Those guys, or players just like them, are available at decent prices for DFS nearly every day. They may not hit any home runs, but they can help you win just the same.