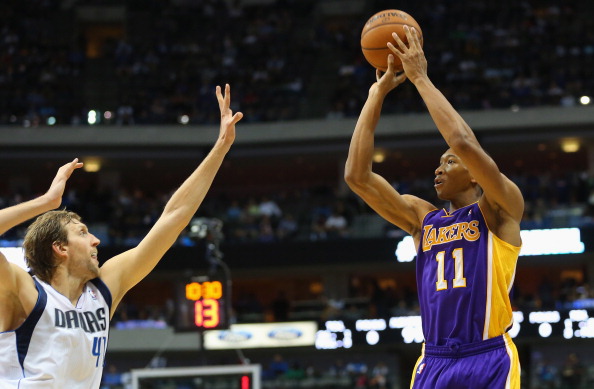 In the middle of writing this article I tried, for my first time ever, to take a coffee nap. I had just finished making my final schedule recommendations of the NBA season and was struggling to both write an intro and stay awake. I would describe my coffee nap as moderately successful. It might have gone better if I did not have two dogs in the other room randomly barking at the wind, but what can you do?

On top of that, it felt at one point like the bed was shaking. Either Chicago experienced a mild earthquake or the caffeine was making me shake. We may never know.

I never thought I would reach the point in my life where the easiest way to get work done would be to put a tiny dog on my lap, but here we are. It turns out the barking didn’t end when my nap did. I actually felt pretty awake right after my nap, but I don’t know if that was due to the coffee nap or the new Florence + The Machine and Grace Potter singles. Both are pretty great and helped me wake up.

Many fantasy players may be sleeping on the NBA season, but there is still time to make up ground in tight fantasy races. Picking up one of the players below could be the key to pulling out a late-season win. It is also worth noting several of the teams I recommend targeting this week are potential playoff teams. The Thunder, Mavericks and Rockets have been great fantasy matchups down the stretch and that is unlikely to change in the playoffs.

C.J. McCollum, Portland Trail Blazers (Road vs. Thunder, Road vs. Mavericks) It cannot be overstated just how putrid Oklahoma City’s defense has been since Serge Ibaka went down. The Thunder have allowed 109.2 points per game to opponents over their last 15 games, two ahead of second-place Minnesota. The Mavericks are third with 16.5 points. Those teams are also second and sixth in opponent’s steals and fourth and 11th in opponent’s threes over that time. Dallas is second in opponent’s rebounds. Over his last five games, McCollum has averaged 15.6 points, 3.2 rebounds, 1.6 3PM and 1.0 steals.

Tarik Black, Los Angeles Lakers (Road vs. Kings, Home vs. Kings) It looks like DeMarcus Cousins could get shut down, and the Kings are a great matchup even if he plays. The Kings have allowed the fourth-most points to opponents over the last 15 games. Ryan Kelly, Wesley Johnson and Jeremy Lin could all be useful as well.

Omri Casspi, Sacramento Kings (Home vs. Lakers, Road vs. Lakers) Casspi has at least 14 points in five consecutive games. Even if Cousins and Rudy Gay are both healthy, which seems doubtful, Casspi should be able to take advantage of two matchups with the lowly Lakers.

Rodney Hood, Utah Jazz (Home vs. Mavericks, Road vs. Rockets) Everything is bigger in Texas, including opponent’s stats. The Rockets are fifth in opponent’s points over the last 15 games, third in steals and first in made 3-pointers. Hood can help you in all three of those categories, as can Trey Burke and Joe Ingles.

Udonis Haslem, Miami Heat (Home vs. Magic, Road vs. 76ers) The problem with recommending the Heat is we have no idea who will actually be healthy on any given day. The good news is if they can hang in the playoff race their better players will continue to suit up while healthy. Even better: they finish the season against two really terrible teams. Whoever is healthy for those two games could be worth picking up for fantasy. Do not sleep on the Heat, at least until the playoffs begin.