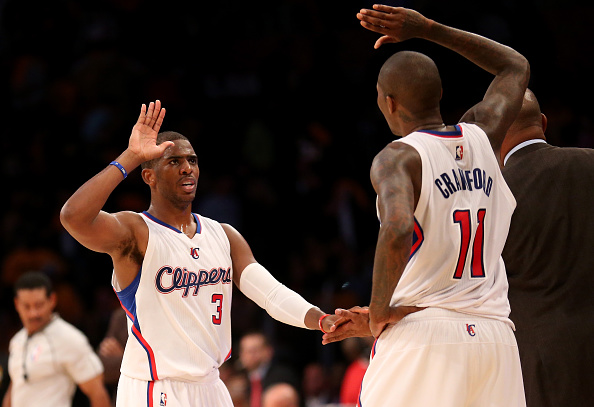 With one month left in the fantasy basketball season, staying on top of NBA injuries is more important than ever. A one-week injury can be catastrophic when there are only four weeks remaining in the season. Many fantasy players no longer have the luxury of waiting for injured stars to return, and making the right pickup to replace that injured star could be the difference between winning and losing.

I feel like most fantasy players tend to hold onto injured stars for too long at the end of the season. Guys like Derrick Rose and Dwight Howard should be dropped in most leagues. They haven’t actually been that great for fantasy this season anyway, and by the time they get back on the court it will probably be too late to help you. Fortunately for you, most of the latest injury news is pretty mild, and most of the players listed below can still help your fantasy team.

Kevin Durant was a limited participant in practice Saturday. He will probably need some more practice before he returns, but it is possible he could play Sunday against the Bulls or Monday at Dallas. Russell Westbrook’s ridiculous triple-double run will almost certainly come to an end when Durant returns. It is possible next season will be Westbrook and Durant’s last together, and Westbrook has proven this month he can be the number one player in fantasy if he does not have to share the ball with another superstar.

Kemba Walker is aiming to return next week, either against the Kings Wednesday or against the bulls Friday. Mo Williams will stay in the starting lineup when Walker returns though Walker will have the ball most of the time and take most of the shots. Walker is available in some shallow leagues and should be picked up now.

Nikola Pekovic is probable Saturday against Portland. He played just 15 minutes against the Nuggets Wednesday after sitting out Monday with an ankle injury. Pekovic had five consecutive double-doubles before suffering this injury, but I need to see him play 25 minutes in a game before I will put him back in my lineup. Gorgui Dieng is averaging 10.3 points, 10 rebounds, and 1.3 blocks in 37 minutes over the last three games, and he is a nice play if the Timberwolves sit Pekovic again.

Isaiah Thomas is out Saturday, as he did not make the trip to Indiana with the rest of the Celtics. He is still aiming to return from his back injury Monday against the 76ers. Evan Turner had 30 points, five rebounds, four assists and two steals with Thomas out Friday, and he could have another big game against his former team Saturday.

Jusuf Nurkic returned to the court Friday with four points, four rebounds, and a block in nine minutes. He will almost certainly see his minutes increase as time goes by, but we do not know how quickly they will increase. As I noted in my schedule breakdown, Nurkic has some nice matchups this week, so it is probably worth it to pick him up even if he plays sparingly right now.

Alex Len did not return after spraining his right ankle in the fourth quarter against the Hawks Friday. Len missed one game in March and three more in February, all with ankle injuries. The 21-year-old looks like he has a promising future ahead of him, but fantasy players have to account for the possibility he will deal with these issues for his entire career, like Joakim Noah and many other seven-footers. Len may only miss a game or two with this latest injury, but given his uneven production it is probably time to drop him in most leagues.

Ricky Rubio was pulled as a precaution in the third quarter after he tweaked his ankle Friday. Like Alex Len, Rubio has a history of ankle injuries, so even if this was indeed precautionary, the Timberwolves could elect to rest Rubio a bit going forward. Minnesota plays four games in five nights beginning Sunday, so Rubio could sit a game in one or both of the back-to-backs. Zach LaVine would get most of the point guard minutes with Rubio out, and while he has been inconsistent at best as a starter, his upside makes him worth a gamble in many formats. Minnesota faces San Antonio Sunday, and LaVine had 22 points and 10 assists against them in December.

Taj Gibson is reportedly getting closer to returning to the lineup for the first time since February 27. Nikola Mirotic has averaged 19.5 points, 8.6 rebounds, and 1.6 3PM in the eight games Gibson has missed. This breakout could make Gibson expendable next summer, and his minutes—and fantasy value—would likely increase if he is traded.

Blake Griffin is expected to return soon, either Sunday against the Rockets or Tuesday against the Hornets. Griffin should go right back to being a top fantasy producer, and his return should mark the end of DeAndre Jordan’s ridiculous run. Jordan is averaging 18.5 rebounds in March and has 14 consecutive games with at least 14 rebounds. Matt Barnes’s fantasy value will take a hit as well, as he will see far fewer minutes at power forward.

Barnes should still play heavy minutes until Jamal Crawford returns from his calf injury. Crawford is listed as out Sunday though he could return sometime next week. Crawford was playing great before he went down, averaging 20.1 points per game in February, but all of those games came with either J.J. Redick or Blake Griffin out. Redick is back now, and considering Griffin’s status, Crawford is droppable in 12-team fantasy leagues.

Mike Conley is Doubtful for Saturday’s game against the Bucks. He was considered questionable on Friday, so he will almost certainly need a few more days to rest his ankle. The Grizzlies play Monday and Tuesday, and if he misses those games Conley would probably have a good chance to return Friday at Dallas. Beno Udrih started for Conley Thursday but had just eight points and five assists in 26 minutes as Memphis rested Zach Randolph and Marc Gasol as well. In the five games, Conley has missed this season Udrih is averaging 11.8 points and 4.2 assists in 25.6 minutes. Those numbers make him useful in deep leagues, but that is all.

Really good players like Conley who probably will not miss more than a week should still be owned. Fantasy players should consider dropping anyone who is going to miss more than a week, though a true stud like Kevin Durant will still be valuable even if he hasn’t returned by the time my next injury article hits next week.