NBA Injuries: The Most Wonder Time Of The Year 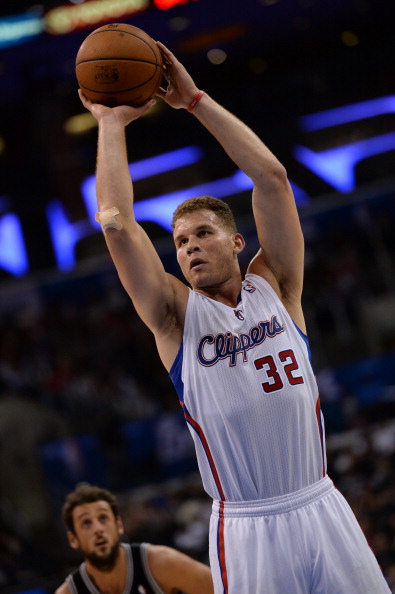 This is without a doubt my favorite time of year. Here in Chicago the weather is finally taking a turn for the better, and it looks like we are finally getting out of our deep freeze. With a little bit of luck, I will be out golfing in no time.

As I put the finishing touches on this article, I am watching my Illinois State Redbirds give No. 8 Wichita St everything they can handle in the Missouri Valley Conference Tournament Semifinals. College basketball is only going to get better as the month goes along, which is also true of the Spring Training and fantasy baseball draft season.

The NBA season is heating up too, as playoff races are taking shape and teams are trying to hit their stride for the stretch run. This week has even been good for fantasy injuries. Aside from the sad news of Wesley Matthews’s season-ending injury, we have mostly day-to-day injuries to report. Even better, we have some All-Stars set to come back this week after long layoffs. As your fantasy season winds down, we have plenty of guys who can help your team to a title.

Wesley Matthews is out for the rest of the season after he tore his left Achilles tendon Thursday. Arron Afflalo has averaged just 27.8 minutes per game with the Trail Blazers, but with Matthews out Afflalo should at least get back to the 33 minutes he averaged in Denver this season. It remains to be seen if the scoring will follow, but at the very least Afflalo is worth a speculative pickup in most leagues. C.J. McCollum should land in the rotation as well, and he has some upside off the bench, but you should probably wait to see what his role is before you put him in your lineup.

Goran Dragic, Dwayne Wade, and Luol Deng are all questionable Saturday. Mario Chalmers did not play Friday despite being active, but he would almost certainly play if one of more of the starters is out. Henry Walker, Shabazz Napier, and Michael Beasley are good plays if the starters are out, but the big winner in all of this could be Miami’s opponent Saturday, the Sacramento Kings.

Blake Griffin is doubtful to play Sunday, but he is close to returning. If he does not play Sunday or Monday there is a pretty decent chance he plays Wednesday at Oklahoma City. DeAndre Jordan has been an absolute monster since Griffin went down, averaging 15.6 points, 20.1 rebounds and 1.8 blocks over the 10 games Griffin has missed. Jordan should come back down upon Griffin’s return while Spencer Hawes will go back to being unusable for fantasy.

Nikola Vucevic missed Friday’s game against Sacramento with an ankle injury, and there has not been any news regarding his availability Sunday against the Celtics. He needs to be owned unless we learn the injury is serious. Channing Frye got the start for Vucevic Friday and scored a season-high 22 points. He is unlikely to match that production again this season, but he would be a good play for daily games if Vucevic misses any more games.

Kemba Walker is aiming to return next week, either against the Kings Wednesday or against the bulls Friday. Mo Williams will stay in the starting lineup when Walker returns though Walker will have the ball most of the time and take most of the shots. Walker is available in some shallow leagues and should be picked up now.

Nikola Pekovic is probable Saturday against Portland. He played just 15 minutes against the Nuggets Wednesday after sitting out Monday with an ankle injury. Pekovic had five consecutive double-doubles before suffering this injury, but I need to see him play 25 minutes in a game before I will put him back in my lineup. Gorgui Dieng is averaging 10.3 points, 10 rebounds, and 1.3 blocks in 37 minutes over the last three games, and he is a nice play if the Timberwolves sit Pekovic again.

Terrance Jones is questionable Saturday with lower back pain. He played through the pain Friday, but the Rockets could elect to sit him in the second half of their back-to-back. With Kostas Papanikolaou still out, Josh Smith should see most of the power forward minutes if Jones cannot play. Joey Dorsey would likely back up Smith.

Jone’s teammate Patrick Beverly is questionable too, and like Beverly also was able to play Friday. Pablo Prigioni and Jason Terry would probably split the point guard minutes fairly evenly if Beverly is out, but neither has proven he can contribute for fantasy even with increased minutes.

Chandler Parsons is set to return against the Lakers Sunday after missing the last seven games. The Mavericks have really struggled lately, but Parsons’s return against a weak opponent makes Dirk Nowitzki and Monta Ellis very attractive for daily games.

Alex Len sprained his ankle Friday and is questionable for Saturday’s game against Cleveland. Brandon Wright matched his season-highs with 14 points in 25 minutes while adding eight rebounds, two steals, and a block Friday. Wright and Markieff Morris would have to split the center minutes if Len is out, with Marcus Morris likely seeing increased minutes as well. Wright is interesting in deep leagues and daily games, while Len’s fantasy owners should keep him on the bench unless this injury turns out to be serious.

Speaking of things that are serious, March is here! I hope everyone enjoys this month as much as I do, and I hope we can get through this week without any serious NBA injuries to discuss. That would make a great month even better.