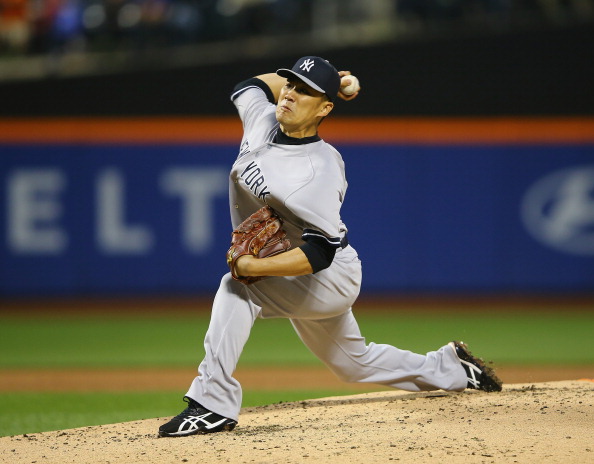 Well Week 7 may go down as the worst week in Fantasy Baseball this year, and one of the worst in recent memory as the line at Dr. James Andrews office may now be around the block. Did we go a day last week without a pitcher scheduling a Tommy John surgery? As if that were not bad enough some other big names recently ended up on the 15-day disabled list, in Jose Abreu, Joey Votto, Andrew Cashner, and Gio Gonzalez, luckily though you should at least get them back. For more details on their injuries and other insight be sure to bookmark our Player News feed and follow us on twitter here: @FantasyAlarm.

Surely all the recent injuries have left your fantasy team bruised and battered, but to try and take the optimistic view, the same is likely true for the rest of teams in your league. So, instead of dwelling on the past let's get started looking ahead to Week 8.

If you have any specific questions, thoughts, etc leave them in the comments section below. Follow me on twitter here: @FantasyNomad and let’s hope for a healthier week for our fantasy teams.

Here is a look at which interleague games are on the schedule for week 8. All interleague games will be played in National League parks, thus no team benefits from an additional hitter in their lineup. The Twins really get screwed this week as not only are they the only team in MLB playing fewer than six games all five will be on the road in an NL ballpark.

Orioles at Pirates (2x Tuesday and Wednesday) no biggy as Nelson Cruz should play the two games in the outfield while the fantasy irrelevant tandem of Delmon Young and David Lough become the odd men out.

Twins at Giants (3x Friday-Sunday)- Kurt Suzuki has been serving as the Twins DH. (Sidenote: Chris Colabello has already seen his playing decline, is 0 for his last 21 at-bats, the Twins play just five games this week and will soon be getting back Josh Willingham and eventually Oswaldo Arcia, so if you have not already moved on from the Italian Stallion turned donkey now is the time to do so. For some alternative replacement suggestions view Matt Beck’s Waiver Flavor articles). My top selection would be:

DBacks OF A.J. Pollock: The second-year player is showing that last year's production was not a fluke, but rather just a taste of what was to come. (Pollock was second among NL rookies last year in multi-hit games, doubles, and stolen bases).  You have to figure too, that if the DBacks were willing to trade most everyone's sleeper heartthrob last year in Adam Eaton that the team has a ton of confidence in Pollock. The 26-year old has responded by hitting .302 (.353 OBP) with five home runs, 11 RBI, 16 runs scored, and six steals thus far. In addition, he has hit safely in 9 of his last 10 games (.417, 15-for-36) and his six steals this month are second only to Dodgers Dee Gordon. Pollock will probably not hit over .300 as he is striking out over 20% of the time and swinging at 5% more pitches out of the zone this year than last, but he has a good shot to be a 20/20 player (home runs/stolen bases) at the rate he is going.

Padres OF Seth Smith: Smith is showing little signs of slowing down as he hit his 13th extra-base hit over his last 13 games and is batting .337 (34-for-101) with two home runs, 11 doubles, three triples, 13 RBI, and 16 walks since April 11th (28 games, prior to Sunday's game). Part of Smith's success has been his ability to put the ball in play with two strikes as he was hitting .345 (19-for-55) coming into Saturday's game, good for second best in that situation in all of baseball. There are some platoon concerns with Smith, but hell what does that really matter if he's outperforming many everyday players.

You can click on the players in blue to be sent to their player page at FantasyAlarm.com for the latest updates, player stats, and much, much more. Also, click here for a look at Two-Start Pitchers for Week 8: Who to stream, who to avoid  by Ivar G. Anderson

Update: According to Dodgers manager Don Mattingley, Hyun-Jin Ryu will get the start versus the Mets on Wednesday in New York against Flat Stanley Jacob deGrom. It will be Ryu's first start since landing on the disabled list with a sore shoulder. (For more info click here: Hyun-Jin Ryu). Upon this news I would rank Ryu as my 51st starting pitcher for week 8 ahead of Brewers Marco Estrada.

My Top 5 Streaming Options for Week 8 -(Pitchers must be less than 60% owned to qualify).

Best of Luck and remember to view our Daily Fantasy Baseball Playbook each day if you play DFS and post your comments or questions below, and/or hit me up on twitter @FantasyNomad.