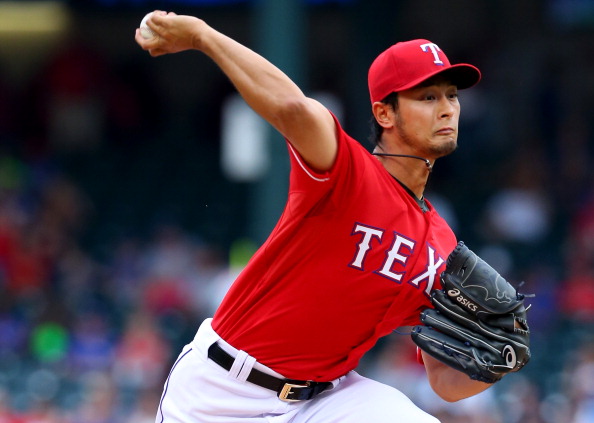 Lucky number seven. Well lucky in the sense that I am happy to be taking over the MLB Weekly Preview starting with the upcoming Week 7 of the Fantasy Baseball season. I obviously have some big shoes to fill taking over for the growing legend that is Jeff Mans, but it seems only fitting that a person whose moniker is the Fantasy Nomad will now be responsible for roaming into the future to bring you the fantasy baseball insight that will give you an edge on your competition in the week ahead.

Jeff has done a fantastic job laying the groundwork and now I want to take the Weekly Preview to the next level with your help. I have already added a few minor things on top of what you have already come to expect in each week’s preview, such as some insight on the effects that interleague play will have on specific players both from a hitting a pitching perspective and some reasoning as to why I ranked a pitcher at a certain spot along with some statistical insight that you will hopefully find useful going forward. I plan on adding a few more things in the week’s to come, but since this weekly preview is for YOU I want to give YOU the opportunity to share in the comments section below anything else you would like to find in this article each week that you feel will help you be more prepared for the week ahead. You can also tweet me @FantasyNomad if you have any Fantasy Sports questions whether it involves season long, dynasty, or daily league play. So without further ado let's dive into what lies ahead for Week 7 of the Fantasy Baseball season.

Here is a look at which interleague games are on the schedule for week 7. Fortunately this week’s slate of interleague games should have little negative effect on your fantasy team as only two teams, the Yankees and Angels, are losing their designated hitter and it is only for a game or two. On the flipside, other than the Rockies, the other two NL teams who are gaining a DH in their lineup (Mets and Pirates) do not offer up a player really worth adding in any format.

NL Teams Getting a DH

Rockies at Royals (3x Monday-Wednesday) And to think the Rockies could not become even more dangerous offensively.

Tuesday's Angels starter is TBD, but Garrett Richards, who gets the start on Wednesday, recieves a little extra bump in value this week as he already owns an impressive 9.20 K/9 rate (11th highest in AL) and will now get the opportunity to face a lineup with a pitcher hitting in it. Score! If you need even more convincing why Richards is a great play this week check out the Weekly Starting Pitcher rankings below.

Yankees at Mets (1x Thursday) Mets starting two righties so RHH Alfonso Soriano may get a day or two off with the LHH Brett Gardner starting in left. C.C. Sabathia will face Dillion Gee in this interleague matchup versus a National League lineup and lord knows C.C. needs all the extra advantages he can get as he has allowed four or more runs in five of his seven starts, including in each of his last two outings where he has failed to make it past the fifth inning.

Most Games vs. Righties

Most Games vs Lefties

You can click on the players in blue to be sent to their player page at FantasyAlarm.com for the latest updates, player stats, and much, much more.

Best of Luck and remember to view our Daily Fantasy Baseball Playbook if you play DFS, post your comments or questions below, and/or hit me up on twitter @FantasyNomad.