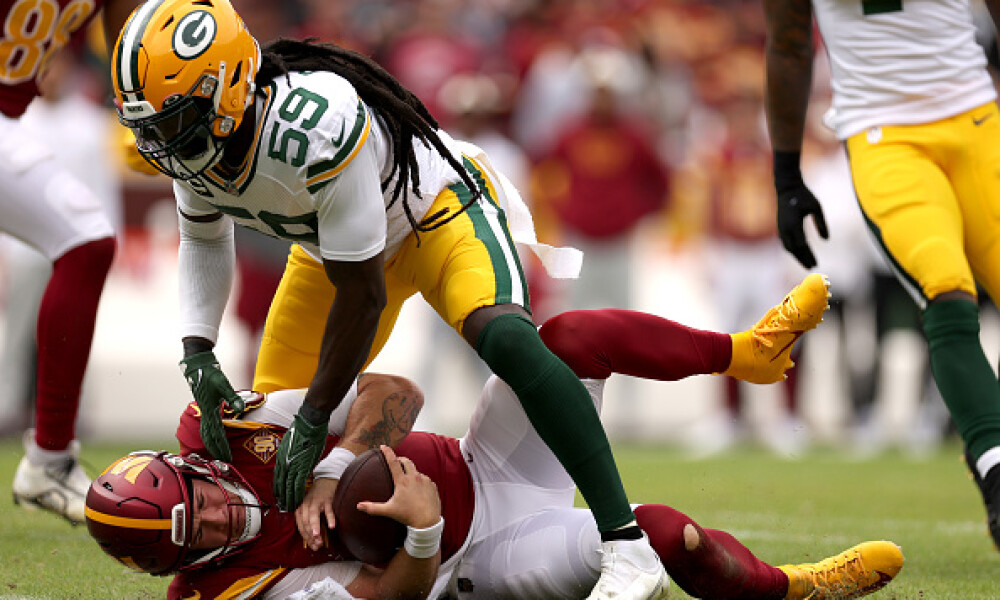 The NFL season recently ended, but that doesn’t mean we’re finished talking about football! Truthfully, the NFL offseason can be one of the more exciting times in the sport with free agency, the NFL Draft, and trades – not to mention the rumors and speculation swirling around these events. The legal tampering period for the NFL begins in under two weeks, on March 14, and the gold rush officially begins on March 16. So, we don’t have much time left before free agency hits.

If you thought we were going to leave you IDP folks out – never fear! Quite a few linebackers are set to hit the free-agent market in the next couple of weeks, and several of these players could command big contracts. With the salary cap issues many teams are experiencing, it’s likely that most of these top players find themselves in a different city next season. Keep your eyes on the following linebackers in the weeks leading up to the free agency period.

If you want to talk about a breakout season, look no further than De’Vondre Campbell. The sixth-year linebacker posted the best numbers of his career – racking up 146 tackles, two sacks, and two interceptions while also earning first-team All-Pro honors. Campbell fits well in the Packers’ scheme and deserves to get paid, but Green Bay has some severe salary cap issues. With Aaron Rodgers and Davante Adams being top priorities, Campbell’s future there is uncertain. If he doesn’t get a deal in Green Bay, the Lions, Bengals, and Browns could all be contenders to offer Campbell a long-term contract.

Foyesade Oluokun has consistently improved every year in the league, but last year was a huge step up in his game. He finished the season with 192 tackles, two sacks, three interceptions, and a forced fumble – making him IDP gold. The Falcons, like so many teams, are dealing with their own salary cap issues and it’s unlikely they can keep Oluokun when they’re trying to work out so many positions on the offensive side. At only 26 years old, he has plenty left in the tank and could become a cornerstone piece on any team’s defense. The Bears, Dolphins, and Giants all need linebacker help and have plenty of cap space to sign him.

AJ Johnson is a bit of an anomaly in the NFL, as he’s 30 years old but has only played four years in the league. He also only played six games last season after suffering a torn pectoral muscle. In those six games, though, he had 32 tackles, two sacks, and a fumble recovery. He possesses the mental maturity of a veteran but has low wear-and-tear on his body, giving him an intriguing advantage over some of the other free-agent linebackers. Fellow Broncos linebacker Josey Jewell is also set to hit free agency, so Johnson may end up staying in Denver if Jewell walks. If Denver lets him go, Dallas or Baltimore are both intriguing landing spots.

The Dallas Cowboys have problems this off-season, and all of them revolve around the number of impending free agents and the lack of cap space to keep them. Leighton Vander Esch showed flashes last season of what made him a first-round pick, but he was inconsistent and posted dismal run-stopping grades against New England, Carolina, and New Orleans. The Cowboys have Micah Parsons and Jabril Cox, so they shouldn’t feel pressured to keep Vander Esch when they have so many other players in question. The Eagles, Raiders, and Panthers could have their eye on him if Dallas lets him walk.

After sitting out the 2020 season, Dont'a Hightower started the 2021 season with some rust but ended up putting together a consistent season with 64 tackles and 1.5 sacks. He’s never played anywhere but New England, and it’s hard to think of him anywhere else. but a long-term extension seems unlikely at almost 32 years old. If the Patriots don’t re-sign him, the Lions and Titans need a veteran presence in their locker room and could be prime landing spots for the veteran.