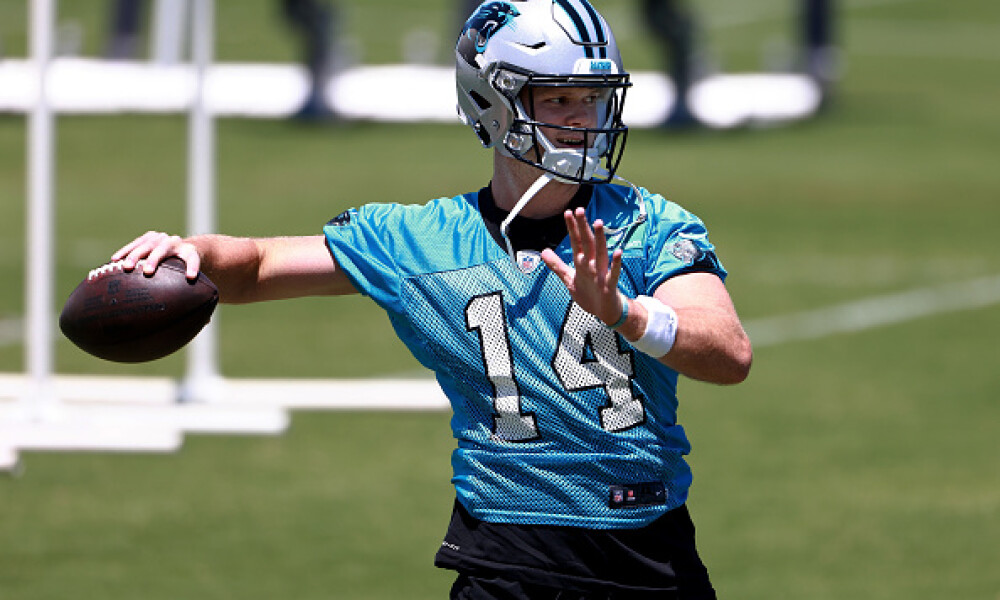 The new Panthers’ quarterback and their new tight end are quickly getting on the same page at training camp to the point where Sam Darnold had a Kirk Cousins-like moment yelling “Darnold to Arnold, baby! Get used to seeing that.” It’s still early in camp to be sure but Darnold is certainly feeling comfortable with the tight end and even completing passes for scores. It’s definitely something to watch as it’s widely known that quarterbacks learning new systems and new teams rely on security blankets like tight ends early in the season.

No Rodgers To Rodgers?

The Packers finally took a wide receiver in this year’s draft, Amari Rodgers out of Clemson, but it doesn’t appear that he’ll be one of the options in the receiving corps just yet. The Green Bay Special Teams coach said he wants Rodgers to be his punt returner and he has experience as that with 68 punts returned for the Tigers.

Shoes To The Rescue

Rookie wideout D’Wayne Eskridge has been having foot pain early in camp for the Seahawks but it turns out there’s a simple explanation...the wrong shoes. For the last few days he’s been wearing different shoes at camp and the foot pain has dissipated which is clearly good news as he’ll need as many reps as possible to get up to speed in his rookie campaign.

Even with two 1,000 yard seasons to his credit, D.J. Moore is still feeling disrespected and not thought of as one of the top wideouts in the game. In fact, he gave an interview in which he said he’s gunning for another 1,000 yard year and said that his early rapport with Sam Darnold is really good despite Darnold being the fourth starting QB for the Panthers in as many years. The Panthers’ offense could be a sneaky source of a lot of fantasy points aside from just Christian McCaffery.

Fostering A Love For Moreau

Jon Gruden is in love with his tight end. Yes, he loves Darren Waller for sure but his attention this weekend was on Foster Moreau and he couldn’t have been more favorable in his comments. He believes they have the best tight end combo in the league for sure but let’s not all go out and grab Moreau as if he’s some super sleeper. Gruden was effusive in his praise for sure, but kept it almost entirely in the blocking realm. If they plan on using him as a end of line blocker there is little to no fantasy value here unless Waller gets injured.