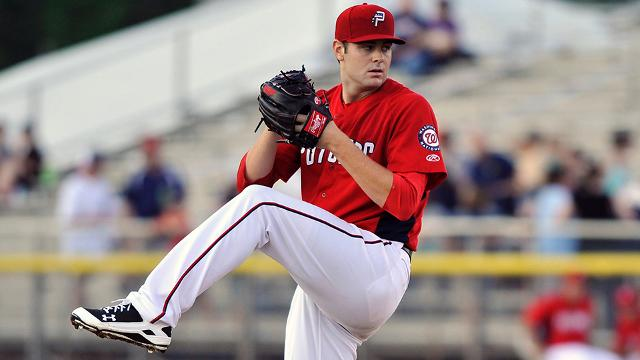 When it comes to prospects, there is one player that sits atop the pitching world and that is Nationals rising star Lucas Giolito. It hasn’t been an easy road for Giolito to date—he underwent Tommy John surgery in 2012 while still in high school. Even with a torn UCL, his pedigree was so high that he was still drafted in the first round at No. 16 overall. He has made Baseball America’s Top 100 list for four straight seasons, including a No. 5 ranking this year.

There is so much to love about Giolito that it is hard to pick a place to begin. This is not a guy with a good fastball and decent junk mixed in. No, Giolito has at least two legitimate plus-pitches right now and each will continue to develop over time. Most scouts have graded Giolito’s fastball at an 80. That is quite literally the best mark possible. He routinely cranks it up to the high-90s and can touch triple digits on occasion. What’s more telling about the fastball, though, is the downhill plane in which it travels making it all the more deceptive. On top of a freakish fastball, Giolito throws a power curveball with a 12-to-6 drop that will stifle opposing bats, allowing the top prospect to record plenty of punchouts.

Another glaring positive to Giolito’s game is his overwhelming size. Built like a tank, Giolito is an intimidating 6-foot-6 and 255 lbs. Think a right-handed Randy Johnson with less height and more meat. As with most young pitchers, Giolito’s command still needs some polishing, though it is still ahead of the vast majority of players his age. With continual development to his changeup in Triple-A this year, Giolito could enter the major leagues with three plus-pitches, instantly giving the Nationals yet another potential ace.

Looking deeper into Giolito’s minor league numbers provides us with a wealth of information of what’s to come in the future. He’s pitched at four different minor league levels and the only stop that gave him any type of problem was Double-A last year. Most of his trouble with Double-A Harrisburg could be attributed to his first two starts where he gave up 10 earned runs in 10 innings pitched. He followed his rocky start by giving up two or fewer earned runs in five of his final six starts, including a seven-inning, one-hit shutout with 11 strikeouts against the Bowie Baysox on Aug. 14. Giolito has poise that will continue to evolve.

Giolito has elite strikeout potential as evidenced by his career 10.0 K/9 over four minor league stops. Clearly, with more polishing and harnessing of his control, that number could rise over time. He has walked a respectable 2.8 batters per nine innings pitched which shows that he already has advanced control. As he continues to evolve after reaching the major leagues, an elite strikeout-to-walk ratio is not out of the question.

For fantasy owners, Giolito is at the top of any rankings list for minor league players. He repertoire and advancement at such a young age is reason to celebrate. He will likely start the 2016 season at Double-A, but could advance to Triple-A quickly. Depending on where the Nationals are at in the standings following the All-Star break, Giolito could be brought up to join the rotation or provide the team with a power arm out of the bullpen. He can be avoided in redraft leagues, but should be drafted as a late round flyer in keeper leagues given his immense upside. 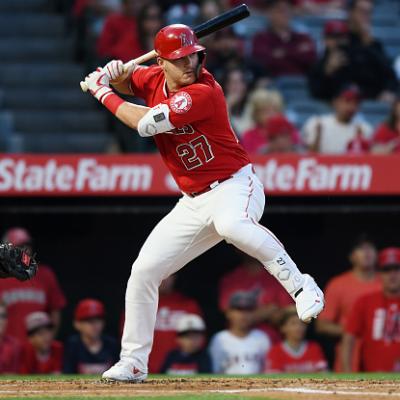 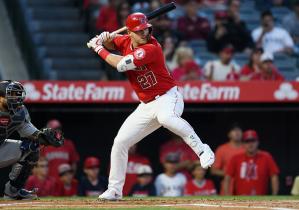 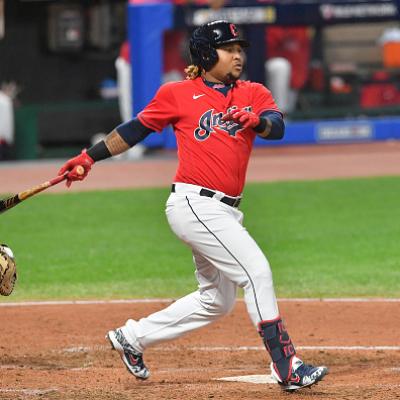 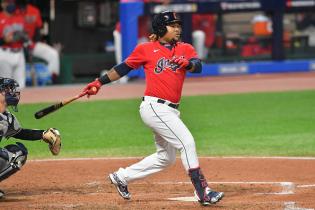 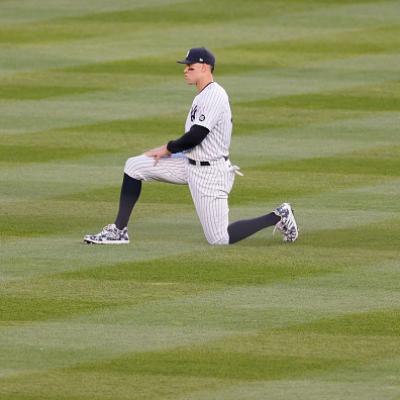 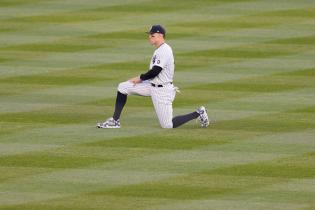 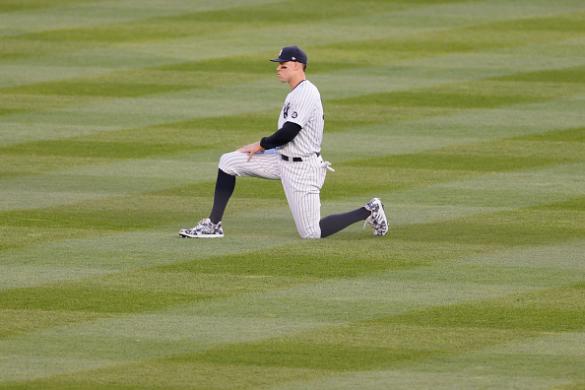 MLB Betts also out on Sunday due to back stiffness

MLB Soto launches pair of homers in loss to Dodgers

M. Cabrera - 1B
DET
Tigers places INF Miguel Cabrera on the 10-day injured list with a left biceps strain.
No timetable is currently known. Renato Nunez has been added to the Tigers 40-man roster to take Cabrera's place.
Added 9:03 am (EST)
Added 9:03 am (EST)

V. Guerrero Jr. - 1B
TOR1
Vladimir Guerrero Jr. went 2-for-4 with three RBI and a stolen base on Saturday in a rout of the Angels.
Guerrero Jr. walked with the bases loaded to pick up his first RBI of the contest. The next two RBI came on singles; one in the third to score Bo Bichette, and another in the fourth that also scored the shortstop. On top of the run production, Vladdy Jr. also added a steal, his first of the season. It's very early, but Guerrero Jr. has looked outstanding to begin the year, and he's slashing .379/.538/.621 as a 22-year-old. Hard not to be impressed with that start.
Added 1:05 am (EST)
Added 1:05 am (EST)

J. Palacios - CF
TOR
Joshua Palacios went 4-for-4 and scored four runs on Saturday in a blowout win over the Angels.
Palacios also drew a walk, so it was a five-reach game for the 25-year-old. He was just called up on Friday due to Teoscar Hernandez being placed on the COVID-19 related injured list, and he has his first four-hit game -- and first four hits -- of his MLB career. Palacios will be an up-and-down player for the Blue Jays, and isn't likely to have too many games like this going forward.
Added 1:05 am (EST)
Added 1:05 am (EST)

B. Bichette - SS
TOR1
Bo Bichette went 2-for-4 with two doubles and five RBI on Saturday in a 14-1 rout of the Angels.
Somewhat amazingly, in a game that Toronto scored 15 runs, the Blue Jays didn't hit a homer. They did four doubles, however, and two of those two-baggers came off the bat of Bichette. He also drew a walk -- Toronto walked nine times in this contest in another game where pitchers struggled to throw strikes -- and improved his slash to .270/.308/.514. Bichette can flat-out hit, and he should be among the best fantasy shortstops in 2021 as a 23-year-old. The future is even brighter.
Added 1:05 am (EST)
Added 1:05 am (EST)

T. Milone - SP
TOR
Tommy Milone was able to get a three-inning save on Saturday against the Angels.
Credit to Milone before the jokes, he pitched very well in those three innings; striking out six and allowing just one hit while throwing 29-of-42 pitches for strikes. That out of the way, this save came in a game where the Blue Jays won 15-1. The only thing he truly saved was the bullpen from pitching in a game Toronto won by two touchdowns, and that's assuming the Angels would have made both extra points. The save stat isn't going anywhere, but to say that it's unreliable in determining a quality pitcher is quite the understatement.
Added 1:05 am (EST)
Added 1:05 am (EST)

S. Matz - SP
TOR1
Steven Matz allowed just a run over six innings on Saturday to pick up a win over the Angels.
Both Matz and Quintana were southpaws making their second start with their new team. Only one pitched well, and that was Matz. The former Met allowed five hits and three walks, but was able to work around those baserunners; helped in part by four strikeouts. Matz has looked the part thus far in his time with the Blue Jays, and it's worth pointing out that he looked pretty solid in the Grapefruit League, as well. He's back on the bump on Thursday in a start vs. the Royals in Kansas City.
Added 1:05 am (EST)
Added 1:05 am (EST)

J. Quintana - SP
LAA
José Quintana allowed seven runs -- five earned -- on Saturday in a loss to the Blue Jays over 1 2/3 innings pitched.
This is probably not the start to Quintana's career with the Angels that he envisioned. The southpaw went just 3 1/3 and allowed four runs on Monday against the Astros, and that start was a masterpiece compared to this one. He allowed five hits, and like so many pitchers early on, he struggled to find the strike zone with four walks. It's just two outings, but right now, Quintana looks lost. His next start likely comes against the power-hitting Twins, and that's obviously not a recommended play for fantasy managers.
Added 1:05 am (EST)
Added 1:05 am (EST)

M. Betts - RF
LA1
Mookie Betts will not play on Sunday against the Nationals.
This according to Dave Roberts after Saturday's game. That will make four straight missed games for the 28-year-old, as he hasn't played since April 6. The hope is for Betts to return to the lineup on Tuesday against the Rockies -- the Dodgers don't play on Monday -- but Roberts and Los Angeles are not going to rush him back.
Added 12:49 am (EST)
Added 12:49 am (EST)