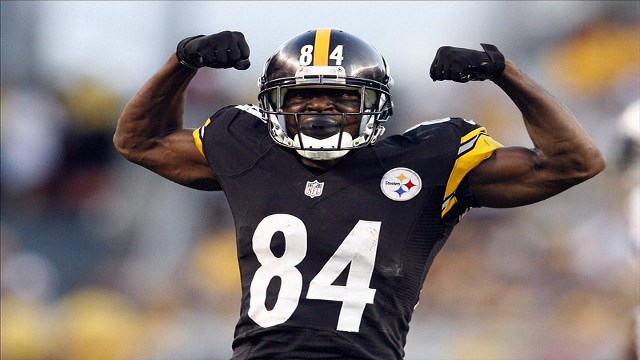 In fantasy sports, and in fantasy football specifically, there is no clear-cut draft strategy that will win every single time. Knowing roster sizes and scoring settings is a great start to drafting a successful team, but it is also something that will likely put you at a disadvantage immediately if you aren’t familiar with either facet. Oh, you didn’t realize you had a FLEX position to fill and now you’re stuck with Chris Johnson to plug the hole? You probably don’t have the gumption to take home a championship anyway.

“No lie, just know I chose my own fate. I drove by the fork in the road and went straight.” –Jay-Z

No strategy is a guaranteed winner or loser. There are several cut and dry strategies out there including taking a stud quarterback (how did Peyton work out for you during your playoff push last year?), drafting nothing but running backs and wide receivers as long as you find value, and the ever-popular, drafting a kicker in the seventh round so that you’re sure to get a stud. Once again, if you are thinking that way, maybe it’s time to dig a little deeper into the Fantasy Alarm Fantasy Football Draft Guide.

Today we are looking at a risky strategy, but it is one that has been used with success. Yep, I’m talking about punting running backs or, the NO-RUNNING BACK STRATEGY. Here are some tips to help you succeed if you choose to go that way.

1. What Does It Really Mean?

A No-Running Back strategy does not exactly mean you aren’t using running backs. There are leagues and different scenarios where you could actually not roster a single running back, but we will get to that later. What you are really doing is punting the running back position in favor of studs everywhere else. For instance, if you have the first overall pick, you are going to take Antonio Brown, no matter the format.

As the other owners in your league take the premium running backs throughout the first and second round, you patiently wait at the turn for at least one more top-tier wide receiver and the possibility of Andrew Luck or Aaron Rodgers. It is worth noting that if you are picking first overall, there is absolutely zero chance you will get Rob Gronkowski. He is, without question, the top tight end in football and will go in the mid-to-late first-round in nearly every draft.

As most leagues have two RB positions to fill, the approach with this strategy is to punt the picks until you find great value with upside, or go with the best available running backs in the last couple of rounds. A key element to winning fantasy leagues—balance—doesn’t come into play here, but that doesn’t make it an obscene way to play.

In PPR leagues, you need plenty of players that are going to catch passes. If you choose not to focus on wide receivers that haul in a ton of passes while racking up yardage and finding the end zone, you’re going to be on the outside looking in during the playoffs. Using the No-Running Backs strategy, it is imperative that you grab two stud wide receivers in rounds one and two. Most likely, you’d be able to draft another wideout in the third round, giving yourself a trifecta at a premium position.

Let’s pretend you have the 7th overall pick in a 12-team PPR League. Ideally, this would be what rounds 1-3 should look like.

If you walked away from the first three rounds with these three players, you should be ecstatic. This trio is a lock for at least 90 catches, 1,300 yards, and eight touchdowns each—and that is being conservative.

As you keep deeper in your draft, you’ll have to fill your two running back spots and looking for pass catchers is an absolute must. Role-players such as Fred Jackson, Shane Vereen, or even someone like Roy Helu Jr. fit the bill. While they won’t see many carries, they should rack up plenty of points via receptions.

The No-Running Back strategy gets much more complicated in Standard Leagues as you won’t have receptions to fall back on. Since running backs are off limits in the critical first couple of rounds, grabbing an elite quarterback by Round 3 would be very wise.

If you have the second overall pick, your options are Antonio Brown, Demaryius Thomas, or Julio Jones. The latter two aren’t viewed as top five picks, but sticking to strategy is the key here. Coming back at pick 23, you have two options: take either Andrew Luck or Aaron Rodgers, or the best wide receiver on the board. The owner at the turn is not going to take two quarterbacks, so the smart play is to grab your second wide receiver. Your realistic options would be Randall Cobb, Mike Evans, A.J. Green, or Alshon Jeffery. Naturally, at pick 26, you’ll snag Luck, Rodgers, or one of the aforementioned receivers.

When it comes to running backs (a position you must fill at least twice in most leagues), you need to look for value and upside. This is a time where a dartboard would probably come in handy. Less heralded rookies like David Cobb or Duke Johnson are fine options with upside, but another running back to look at is Arian Foster. He is expected to return at some point in 2015, but the uncertainty surrounding him has caused his stock to plummet. Keep him in mind.

This strategy applies to those of you that play in a format where running backs, wide receivers, and tight ends are viewed as equals—at least in a roster sense. Think of it as a FLEX league; outside of your quarterback, defense, and kicker, all offensive positions are the same.

In this type of format—especially with PPR scoring—the idea of using no running backs is much more appealing.  You can load up on wide receivers in the first five or six rounds and be sitting quite pretty. The goal though, is to draft wideouts that fit within your scoring perimeters. In PPR leagues, that means targeting players like Jarvis Landry, Greg Olsen, and even old man Roddy White in the middle rounds.

Here’s a challenge for you: win your league without drafting an actual running back and I will send you a case of your favorite adult beverage. It will be a true struggle, but it can be accomplished.

Truth be told, I used to embrace the No-Running Backs strategy. It seemed like every year, I never found the right value at running back in the first round. I would take a wide receiver and then turn around and do the same thing in the second round. The fact of the matter is that I’m not the player I once was. I have the experience now that would allow me to succeed and fight for a championship and that’s something I couldn’t say even five years ago.

Do you. Drive past that fork in the road. If you feel you can win without an elite running back (or two), do it. Choose your own fate.