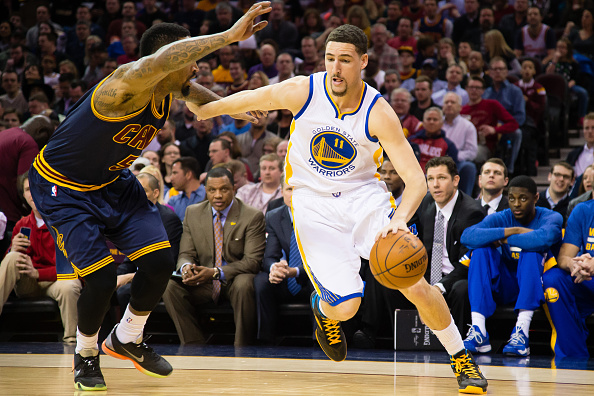 In the first couple of rounds of a fantasy draft it is important to get players who dominate in multiple categories, while not hurting you in those where they don’t. The players on this list are actually better in real life than in fantasy because, while they certainly do some things well, they do not contribute across the board. These are players who are going to be drafted in the first couple of rounds based on their name and not their actual production. Basically, you can find guys later in the draft who produce similar numbers but don’t have a premium price tag. You’re going to be paying top-dollar for these players with a low return on interest even if they do manage to exceed last year’s numbers

Danny Green, San Antonio Spurs- He finished as a top-30 player last year in Yahoo! Rankings, which goes to show you how bad the Yahoo! Rankings are. It is mind-blogging for a player to be ranked that high when he averaged fewer than 12 points per game with just four rebounds and two assists. The 2.4 three-pointers made per game are great, but the guy does so little in the three categories that matter most, it’s tough to get excited about his overall value. He did average 1.0-plus steal/block per game, which is solid, but not a reason to draft him in the third round. Green will only make a significant impact in the three pointers category, which makes him more like a fifth or sixth round pick.

Serge Ibaka, Oklahoma City Thunder- This guy really had a chance to shine last year with Kevin Durant out for most of the season, but he failed to take advantage as he averaged a mediocre 14.3 points per game and hauled in only 7.8 rebounds (32nd in the NBA). The only thing he does well is block shots, as he averaged 2.4 of them per game last season. However, the fact that he is getting drafted ahead of a guy like Pau Gasol, who averaged 18.5 points, 11.8 rebounds, 2.7 assists, 1.9 blocks is beyond stupid. Drafting Ibaka in the early rounds of a draft means you’re pretty much punting every category except for blocks. Hard to see any of those numbers improving this year considering Durant should be healthy and the Thunder re-signed Enes Kanter.

Al Horford, Atlanta Hawks- The epitome of a player who produces good numbers in multiple categories but doesn’t dominate in any one particular area. He averaged 15.2 points, 7.2 rebounds, 3.2 assists, almost one steal, and 1.3 blocks per game. The best part about his game is his 54 field goal percentage. This begs the question as to why a player who doesn’t dominate in any category is ranked/drafted so highly. I wish I had the answer for you, but it just doesn’t make sense. There are plenty of centers who score roughly the same number of points per game and get more rebounds who will get drafted much later than Horford (Al Jefferson, Nikola Vucevic, Greg Monroe, just to name a few). Don’t fall into the Al Horford trap.

Draymond Green, Golden State Warriors- This guy came out of nowhere to be an amazing fantasy asset last season as he averaged 11.7 points, 1.4 three-pointers made, 8.2 rebounds, 3.7 assists, 1.6 steals and 1.3 blocks per game. Those are great all-around stats, but it is hard to see improvement on the horizon considering he is, at best, the third scoring option for his team. This year, he is going to be drafted in the second or third round despite his inability to score a lot of points on a consistent basis. While it seems like I’m nit-picking about one stat, your first couple of picks in rotisserie leagues need to DOMINATE multiple categories, something Green does not do. He would be a perfect fourth or fifth-round pick considering his balanced output, but spending a second-round pick on a player primarily for his rebounding skills is not the way to build a winning squad.

Klay Thompson, Golden State Warriors- The sharp shooter is good for three things: points, three-pointers made, and free-throw percentage. THAT IS IT. He averages about three rebounds/assists per game, which isn’t that good. People are drafting Thompson at the end of the first round even though he really contributes in only two categories. That will leave your team with too many holes to make up for later in the draft. Besides three-pointers made, a guy like DeMar DeRozan, who will get drafted three or four rounds later than Thompson, will score just as many points and put up more rebounds and assists. You win fantasy leagues by drafting guys like DeRozan in the middle part of the draft; you lose fantasy leagues by making a guy like Thompson your No. 1 or 2 player.

Kawhi Leonard, San Antonio Spurs- There isn’t any other player in fantasy who gets ranked as high or gets as much credit, while producing so little. People will say he was a top-10 player based on his ranking, but what? Now everyone is a rankings slave? How could a player be ranked in the top-10 overall when he ranked just 42nd  in PPG (16.5), 42nd in RPG (7.2), 116th in APG (2.5), and tied for 110th in three-pointers made (1.0)? It makes no sense. He did lead the league with 2.3 steals per game last season, but that doesn’t mean he should be drafted in the first or even second round of drafts. Just because he dominates in one category, it does not make him a top 10 player. Plus, he has never played in more than 66 games in a season. Also, the Spurs acquired some guy named LaMarcus Aldridge this offseason, who led the league in field goals made. That means Leonard, and the rest of the team, will see their field goal attempts per game decrease because Aldridge is going to easily lead them in that category. There is no reason a guy like Leonard should be drafted near players who average 20 points and 10-plus rebounds per game. Simply put, he has too many red flags and doesn’t contribute across the board enough to make him worthy of an early-round draft pick.

Give your fantasy squad a chance to win by passing on these overrated players. Stay tuned to Fantasy Alarm as we’re just heating up on our fantasy basketball coverage.