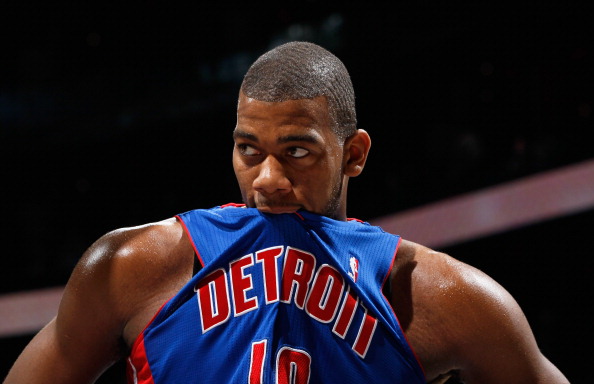 It is hard to believe that tonight is the last Friday night in the NBA regular season. There are plenty of value plays on this 12 game slate. Russell Westbrook is the best player on the board, but the potential for a blowout really makes it hard to trust him in cash games.

The point guard position is loaded with plenty of quality options at all price ranges. Elfrid Payton, Reggie Jackson, and Jordan Clarkson are all elite top-tier options. Clarkson's cheap price tag on DraftKings/Aces makes him practically a must-start on those sites. Ramon Sessions is a superb value option since he's starting with John Wall out.  Deron Williams is the best mid-tier play because he has a high floor and is capable of putting up 40-plus fantasy points.

The shooting guard position got tougher to figure out with Kevin Martin questionable and Kyle Lowry potentially returning to the lineup tonight( that hurts DeMar DeRozan's and Louis Williams' value). James Harden is out of the picture after the Spurs limited him to just 33 fantasy points last game. The best thing to do is go for the mid-tier caliber players like Bradley Beal, Joe Johnson (assuming he plays), and Evan Turner, who is a good GPP option. Ben McLemore becomes one of the best value plays at the position with Rudy Gay and DeMarcus Cousins out.

LeBron James is the best player at the small forward position. His price tag is fair on DraftKings, but is too expensive on Fanduel. Omri Casspi and Rodney Hood are terrific value options at the position. Both players have a great chance to exceed their value. Tobias Harris is a great player to target at the mid-tier level because he consistently gets 30-plus fantasy points and has played well vs the Raptors this season.

The power forward position is another position that has some great value all across the board. Greg Monroe consistently gets close to 40 fantasy points, which makes him a good player to pay up for. Zach Randolph's price tag on DraftKings is ridiculously low. Plus, the Grizzlies really need this win, so expect Z-Bo to play heavy minutes, put up a double-double, and crush his value on DraftKings. Ryan Kelly and Marvin Williams are quality low-tier options that are worth using. I would like Tyler Hansbrough more if it wasn't for the fact that he has averaged SEVEN fantasy points in 20 minutes in three games vs the Magic this season. Anthony Davis is a good GPP play, but his lack of big games recently scares me from trusting him in cash games.

Brook Lopez has been one of the best players in the league over the past couple of weeks, which makes him a great option tonight. Love Zaza Pachulia as he has owned the Knicks this season. Nikola Vucevic and Marc Gasol are solid cash game plays. Bismack Biyombo is still one of the best value options at the position.