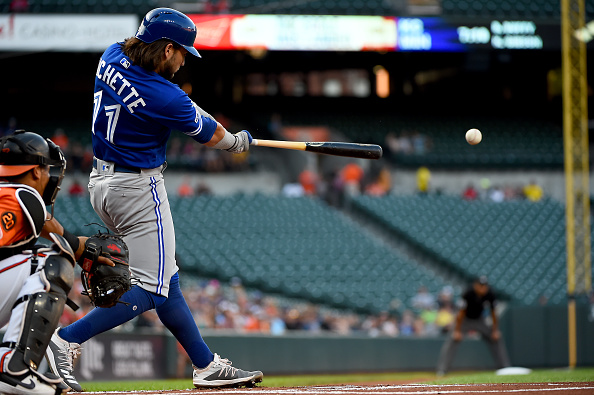 Anyone else starting to feel the excitement for the baseball and fantasy baseball season to begin? As you’ve probably seen this week, we have started rolling out position-by-position breakdowns. And today we will be taking a look at the shortstop position. The ADPs used are from NFBC for the last month. Who should you target and why? Let’s dive in!

Fernando Tatis Jr. (2.6 ADP) – I wasn’t high on Tatis heading into the shortened 2020 season as his peripherals in 2019 didn’t match his production, but he had the full breakout in 2020 as his numbers were off the charts across the board. He ranked in the 100th percentile in exit velocity, hard hit rate, and barrel percentage. His expected batting average was higher than his actual average and he managed to swat 17 dingers and steal 11 bases in just 59 games. His ADP is what it should be and you can make the argument for him as the number one overall pick. Verdict: Fair Value

Trea Turner (7.3 ADP) – Turner had a great shortened season, hitting .335 with 12 long balls and 12 stolen bases across 59 games. The average was a big jump, as he hadn’t hit higher than .298 since 2016 and his home run rate was the best of his career. However, his exit velo, launch angle, and hard-hit rate all fell right in line with his recent years, so there really isn’t an explanation for the increase in home run rate. And while his XBA was higher than recent years, it was still nearly 30 points lower than his actual average. Expect his average to drop back this season, as well as his home run rate. Verdict: Not a strong value.

Trevor Story (11.3 ADP) – Story led the NL in stolen bases with 15 while hitting 11 home runs and posting a .289 batting average. Another strong season for him; however, there is some concern heading into 2021. His exit velocity, XBA, XSLG, and hard-hit rate were all his lowest since 2017. On top of that, Nolan Arenado is no longer on the team and that could lower the rate in which Story scores runs. Regardless, he will still be a strong source of home runs and stolen bases, but a drop-off from his 2018 and 2019 seasons is to be expected. Verdict: Not a strong value.

Francisco Lindor (16.6 ADP) – Lindor wasn’t great in 2020, posting by far the lowest batting average of his career at .258 (a career .285 hitter) while hitting eight home runs and stealing six bases across 60 games. Over a full 162 game season that would equate to just 22 home runs and 16 stolen bases, both of which are far off his 2017-2019 average of 34.3 home runs and 20.7 stolen bases. However, on the bright side, his peripherals were pretty much in line with his career, meaning there really isn’t any cause for concern. On top of that, he heads to New York and will be in a far stronger Mets lineup, which should give him a boost in RBI and runs scored. Verdict: Good Value 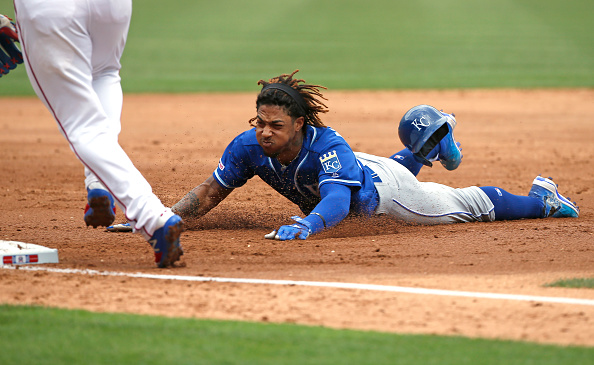 Bo Bichette (24.4 ADP) – He was only able to play 29 games last year, but he was strong when on the field, hitting .301 with five home runs and four steals. Through 75 career games, he has 16 home runs, eight steals, and a .307 average. And now the Blue Jays have added big bats to their lineup in George Springer and Marcus Semien . Add to that, Teoscar Hernández breaking out last season and the potential for a Vladimir Guerrero Jr. breakout and this is a stack lineup. He should have ample opportunities for runs and RBI. Verdict: Fair Value

Xander Bogaerts (36.0 ADP) – Bogaerts had a strong 2020 season, hitting .300 with 11 home runs and eight stolen bases across 56 games. That now gives him three straight seasons of great production in a row. However, there are a few concerns to take away from his 2020 season, as his exit velo dropped nearly two mph from where it was in 2018 and 2029, his xBA was just .259 and his hard hit rate dropped over eight percent from where it was in 2019. With that being said, he should be in line for another strong campaign and you can expect a line of something like a .280 average with 25 home runs and 15 steals. Verdict: Fair Value

Corey Seager (38.1 ADP) – Seager broke out in a big way in 2020, ranking in the 95th percentile or better in exit velo, hard hit rate, xBA, xSLG, and Barrell percentage. He finished with a .307 batting average and 15 home runs. My only concern is that 2020 was a shortened season and putting too much weight into it could be risky business, especially when he had never shown this type of pop before (26 home runs being the most he had hit across five seasons in the bigs). On top of that, you get no type of stolen base production for him. Verdict: Too risky for me

Tim Anderson (41.4 ADP) – Anderson had another strong season in 2020, hitting .322 with 10 dingers and five stolen bases across 49 games. The 10 home runs are a bit surprising, given that he was well below league average in exit velo and launch angle. So, while his 2020 pacing would put him at 33 home runs over the course of 162 games, I wouldn’t expect anywhere near that type of power/home run total. However, he could swat around 20 of them while stealing 15 bags and hitting north of .300 and that’s enough to draw some fantasy interest, especially in a loaded White Sox lineup. Verdict: Fair Value 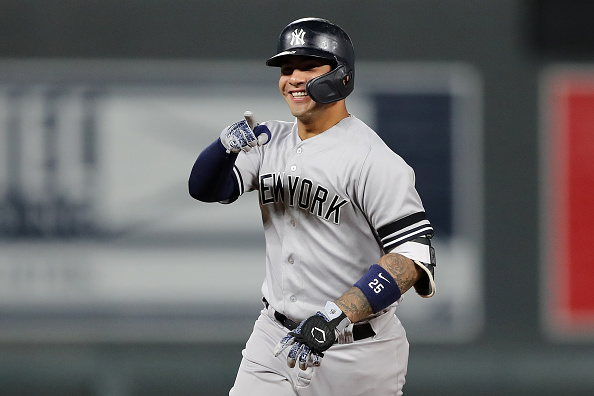 Gleyber Torres (70.4 ADP) – Torres had a horrific 2020 season, hitting .243 with just three home runs and one steal across 42 games played. A far cry from his 2019 season in which he hit .278 with 38 home runs and five steals. His barrel rate dropped significantly while his exit velo and launch angle both dropped slightly as well. However, he actually posted the highest hard-hit rate of his career while also posting his best strikeout rate. Not sure we will see a return to his 2019 season, but at this price and in this lineup, I don’t mind this pick. Verdict: Good Value

Javier Báez (72.9 ADP) – Baez had an abysmal 2020 season, hitting .203 with eight home runs and three steals across 59 games. His peripherals were all ugly too, as he had a big drop in barrel-rate and exit velocity, while posting awful marks in xBA and striking out more than ever while walking less than ever. He will be better than this in 2021 though and his ADP makes him an interesting pick with high upside. In a two-year span from 2018-2019, he averaged a .286 average with 31.5 home runs, 16 stolen bases, and 98 RBI. Similar to Torres, I’ll take my chances. Even if he hits closer to .265 with 30 home runs and 10 steals, he would be a good pick here. Verdict: Good Value

Marcus Semien (145.4 ADP) – Semien will likely be a popular target for me at this ADP. Yes, there are big negatives to take away from the 2020 season in which he hit .223 with seven home runs and four stolen bases with lousy peripherals. However, he did hit .285 with 33 home runs and 10 steals in 2019 and while I would be shocked to be that production this season, this ADP is too cheap. Factor 1: his new home ballpark is far more hitter friendly. Factor 2: This Blue Jays lineup should be far better than the A’s lineup ever was during his time with them. The upside is great for the price tag.

Andrés Giménez (167.8 ADP) – Gimenez made his MLB debut last season with the Mets and had a strong rookie campaign, hitting .263 with three home runs and eight steals across 49 games. He is slated to be an everyday player for the Indians this season and while he may start near the bottom of the lineup, there is a lot to like from a fantasy perspective. He isn’t a power hitter by any means and if you get 10 home runs out of him, it will be a plus, but what he can provide is a solid average around .260 while bringing 30-steal upside.

Willi Castro (239.0 ADP) – Now we are getting a bit deeper, but Castro had a good 2020 season (albeit limited sample), hitting .349 with six home runs across 36 games played. His xBA doesn’t support a .349 mark, but at .299 it was amongst the best in baseball. His barrel rate was also well above league average. He’s still just 23 years old and the room for growth is still there too. And while he hasn’t stolen bases at the MLB level yet, his minor league track record tells us that the potential for around 10 steals is very possible. His ceiling isn’t crazy high by any means, but he should provide plenty of value this late in the draft.

Willy Adames (342.6 ADP) – Adames had a pretty solid 2020 season, hitting .259 with eight home runs and two steals across 54 games played. That pace would have given him his second straight season with at least 20 home runs and he would have matched his career high in steals with six. The negative was that he struck out more than ever, but the positives are plentiful as he recorded his highest barrel rate, exit velo, launch angle, and hard-hit rate of his career. He is now entering his age 25 season, which means there is still room for growth and with an ADP in the 300’s, there is a lot to like about a possible line of .260 with 25 home runs and five steals.