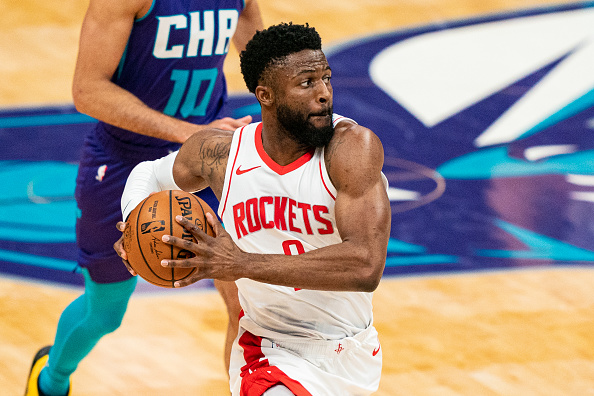 The month of March is quickly approaching and besides it being the month to feature the league’s All-Star’s, it will also be the month of showcasing. Rotations will start to shift as players who are being dangled in trades will likely see more playing time. Trades translate to different opportunities for others. As soon as a trade is made, jump on players who, even for a short period of time, could see more minutes. If they impress (like Bruce Brown ), it could lead to more minutes when the team is at full strength.

Bruce Brown SG BKN-15% Ownership:  Let’s start with Brown because he’s a perfect example of a player who is making a bigger impact off the stat sheet rather than on it, but he’s starting to see more shots. The production has been higher for him in his last few games with Kevin Durant out of the lineup. Durant could be making his return in the next week, but does that mean Brown’s value is cooked? He’s been a hound on the perimeter and has grabbed swipes in his last six games. The boards have been there as well and he’s grabbed 4.5 rebounds per game. Brown deserves to stay in the Nets rotation when Durant comes back. The Nets hardly have any depth inside and they can certainly find a way to give Brown a few mid-court minutes. He’s scored 13 or more points in his last three games. He should be able to keep low-20s minutes when Durant comes back at least to start.

Saben Lee PG DET-25% Ownership: Even though Lee smells like a short-term solution, his quick speed and hands could keep him in the rotation. Delon Wright and Killian Hayes are hurt and Jerami Grant can’t do everything. Lee has scored in double figures while dishing at least four dimes in his last three games. The Pistons need to push the tempo at times and Lee has done a good job keep the offense moving from baseline to baseline. Lee has grabbed multiple steals in his last three outings as well. The Pistons don’t have a lot of consistent scorers and they have a more loose rotation because their tem is filled with players that need seasoning and Lee has stood out. He’s a DFS darling turned into a waiver wire flier and until he see’s his minutes drop down below 20, he’s worth keeping as a reserve guard. Wright should miss at least a few more games.

David Nwaba SG, SF HOU-13% Ownership: Even though it seems that Nwaba’s minutes are determined by the health of Victor Oladipo , the Rockets decision to once again go small makes me curious whether or not Nwaba can stick in the rotation when this team is at full strength considering he grabbed nine or more boards in three of his last four contests. The scoring may drop off a bit, but Nwaba is still a short-term solution. He has scored in double figures in four of his last five outings. He has also grabbed steals in his last five games and blocked shots in three of his last four. The Rockets don’t have much help defensively right now until Christian Wood comes back and even when he returns the Rockets will still be very exposed in the paint and players like Jae’Sean Tate and Nwaba have proven their worth as wings and can give the Rockets some form of defense.

Jae Crowder F PHX-38% Ownership: Crowder will be on and off this list because the Suns have a bit of a void to fill up front and if they aren’t going to have the size inside, they need good defense at the elbow and that is where Crowder thrives. He made a big impact in propelling the Heat during their run to the finals and while Cam Johnson is very spry, Crowder gives them more help at stopping the scoring and players from driving the lane as well. Crowder has scored in double figures while playing in the 20s for the most part. He’s been not only hitting multiple three-pointers in three of his last four games, but he has also grabbed five boards per game this season. The Suns must have thought rookie Jalen Smith would be more NBA-ready, but he needs seasoning and Crowder will need to be relied on down the stretch. Crowder has also grabbed steals in his last six games. There aren’t many players that can help Deandre Ayton defend the post and Dario Saric will grab minutes, but Crowder is the more consistent producer.

Tristan Thompson PF, C BOS-35% Ownership: Until the Celtics make a move to acquire another big man, Thompson can be trusted to put up points and boards. The Celtics may look to give Robert Williams a few more minutes but when they need Daniel Theis to shift to PF at times to give Jayson Tatum a breather, Thompson will come in and he’s never needed a lot of minutes to put up production. He only scores 7.8 points per game, but with Marcus Smart still hurt, and Kemba Walker resting during back to backs, the Celtics will have to push the ball inside and Thompson has scored ten or more points in four of his last five games. Thompson has grabbed nine or more boards and a steal in his last three games. Expect him most night to play around 25-27 minutes per game. The Celtics lack toughness in the paint.

Derrick Jones Jr. SG, SF POR-26% Ownership: Jones has been stuffing the stat sheet and he has proven to be more versatile than Carmelo Anthony . Anthony has been relegated to the arc and Robert Covington and Enes Kanter have to pretty much handle the paint by themselves with Jusuf Nurkic and Zach Collins hurt. Jones will see SG minutes with CJ McCollum still hurt. Jones has seen 31 or more minutes in three of his last five contests. Jones doesn’t get a lot of shots, but he is willing to attack the lane and draw contact and produce a few points from the free-throw line. The Blazers defense stinks, but Jones has blocked multiple shots in his last four games. He is even grabbing around five rebounds per contest. The minutes have been there, he’s hit double figures in scoring in four of his last five games and he has hit the nine-shot mark in three of those games. Until McCollum returns, Jones is safe and he should be able to keep his rotation spot.