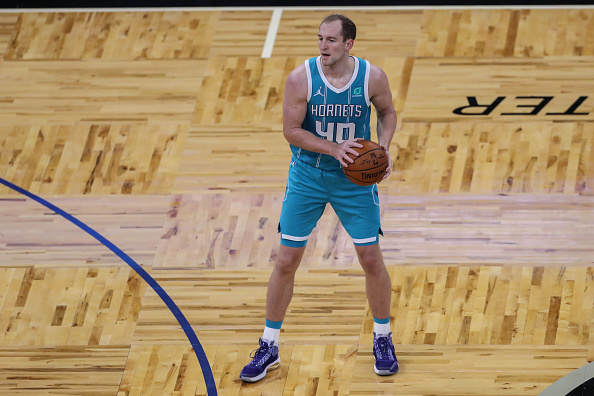 Even in strange years like this, we need to keep our ears out in the rumor mill. Trades will still happen and each trade not only impacts the players in the deal, but it also impacts the entire roster of the team’s involved. End of bench players can suddenly find themselves with eight to 10 minutes more per game. Always keep track of the news so you can find those amazing buried treasures for you to use.

Thaddeus Young PF CHI-35% Ownership: The Bulls need help in the post with Wendell Carter Jr. out and Young has picked up more playing time and he’s slicing defenses by attacking the rim. He’s hit the 29-minute mark and grabbed at least nine rebounds in his previous two games. Young has been taking double-digit shots a lot more regularly lately and he’s scored 10.1 points per game this season. There isn’t much long-term appeal here as Carter will be back later in the month, but the Bulls need a stopgap to guard the interior. Young has been helping move the ball a bit more and he’s dished six or more assists in three of his last four games. Young will also help grab steals in the lane and he posted swipes in his last seven contests. Until Carter returns, Young will provide help in at least three categories and the minutes will continue to be there for him.

Kendrick Nunn G MIA-25% Ownership: Nunn has been taking advantage of other Heat players being out because of injuries and major COVID issues. Goran Dragic is a bit banged up and Tyler Herro is looking like he’ll need to quarantine the next couple of weeks and Nunn’s value is safe. Nunn himself went through his own testing and thing seem to check out in regards to his health. Nunn scored in double figures in his last seven games and he’s not relying on just shooting as his driving has contributing to his success. He’s helping out just enough in the rebounding department grabbing three per game. Nunn has been helping out on the defensive end and his defensive performance could earn him more playing time even when the team is healthier. Nunn produced steals in five of his last seven games.

Cody Zeller C CHA-31% Ownership: Zeller is back and still doesn’t have much competition for playing time. Bismack Biyombo didn’t do a good job filling in for Zeller and PJ Washington has been a decent option but he doesn’t have as big of a frame as Zeller. Expect Zeller to play 26-30 minutes per game moving forward and he’ll find his way in the paint when he has the ball. Zeller has grabbed 14-plus boards in two of his last three contests. He has also blocked shots and grabbed steals in two of his last three games. He’s a big body on a team that hasn’t had true depth at the position in a decade and until the Hornets bring someone else in, it will remain the Zeller show. Zeller has had games in which he’d help out with successful passing in the lane and we’ll have to watch to see is his assist-stats start to rise a bit more. Even though he’s scoring fewer than eight points per game, he’s hit double figures in three of his last four games.

Jeff Green F/C BKN-32% Ownership: By default, Green will need to continue playing extended minutes. In the James Harden trade, the Nets gave away Jarrett Allen , Taurean Prince and Rodions Kurucs and DeAndre Jordan can’t cover the paint by himself. Kevin Durant needs relief as well and Green has scored in double figures in each of his last 10 games. He’s hit 1.5 three-pointers per game. Green is excellent at running the floor and he has played 30 minutes or more in three of his last four games. Throughout Green’s career, his impact has been a bigger reality one than fantasy, but, until the Nets make another move, Green will be very involved. Green has grabbed five or more boards and at least one steal in his last four games. He’ll help a bit with playmaking and that will result in a couple of assists, but view any he gives as an added bonus.

Reggie Jackson G LAC-27% Ownership: Even though the Clippers have had players in and out of the lineup all year, the underperforming of Lou Williams has opened up opportunities for other guards and Jackson has hit double figures in scoring in his last five outings. He’s getting rotation commitment and he’s getting time to run the point. Jackson can play at both guard spots. He’s grabbed steals in three of his last four contests and he’s even rebounding a bit more. Jackson has been known to be more of an offensive player, but he’s grabbed four or more boards in his last four battles. Jackson is quick and he can speed up the Clippers pace and while Patrick Beverley is still injured, Jackson should be able to play at least 27 minutes per game. Expect him to hit the 30-minute mark more often than not.

Khem Birch PF, C ORL-10% Ownership: The Magic haven’t figured out a spell that protects them against serious injuries because Aaron Gordon is the latest player to be sidelined and Orlando is running out of depth. Khem Birth has shown that he can fill the void at PF while Gordon recovers. He’s received mid-20’s minutes in his last four games and he’s grabbed over 6 boards per game this season. Birch has also blocked multiple shots in his last two contests. Nikola Vucevic can stretch the floor and he’ll take a few three-pointers meaning that Birch will have the paint to himself at times and that should give him a few inside looks. Look to Birch for help with boards and blocks for the most part until he lifts his scoring just a little more. Expect him to play between 25-30 minutes per game until Gordon returns.