Justin Fensterman reacts to Week 5 in the NFL and gives you players whose stocks are on the rise or fall based on their performances. 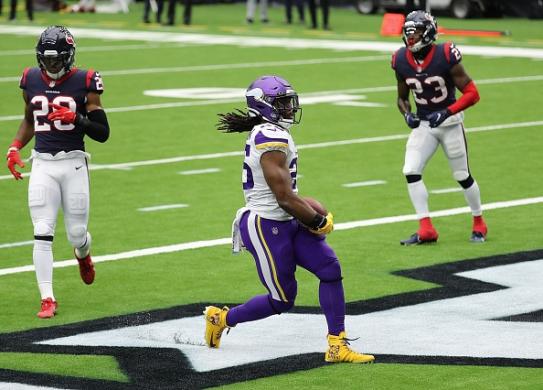 Week 5 of the fantasy football season will always be remembered as the week Chase Claypool broke out and scored 4 touchdowns for the Steelers while Diontae Johnson hurt his Back early and left the game and JuJu Smith-Schuster owners were left in tears because of lack of production. Pittsburgh GM Kevin Colbert specifically told the Fantasy Alarm show on SiriusXM just how impressed and excited the Steelers were to draft Claypool months before the season began. Meanwhile in Philadelphia, Travis Fulgham hit the scene catching 10 passes and scoring a touchdown leaving Eagles and fantasy fans questioning why Zach Ertz isn't producing more considering the injuries they have suffered from? Week 5 did have its injury blows as Dak Prescott had Ankle surgery last night ending his season and Dalvin Cook hurt his Groin. With all of the schedule shifting, this year in particular (as you should every year), you must keep track of that news cycle to protect your team everyday. No excuses!

T. Higbee - TE
LA1
Tyler Higbee (hand) is questionable for Week 8 against the Dolphins.
"He's participated," coach Sean McVay said about Higbee's status in practice. "I’d say limited in terms of – he took part in everything that we did practice wise today, but it's a limited practice anyways on a Friday.” It sounds like Higbee is trending towards being active, but that hasn't mattered in the past; he's still averaging the 16th-most fantasy points per game at his position as a non-factor. Gerald Everett's status as a fringe starter boils down to Higbee's availability on Sunday.
Added 6:50 pm (EST)
Added 6:50 pm (EST)

C. Ridley - WR
ATL1
Falcons WR Calvin Ridley has a mid-foot sprain and the team hopes to have him back "shortly," according to NFL Network's Ian Rapoport.
"Shortly" is a potentially loaded term. Ridley seems likely to be out through the Falcons' Week 10 bye week with the injury he suffered during Atlanta's Thursday night win over Carolina. A Ridley-less Atlanta offense would give a target bump to Julio Jones, Hayden Hurt, and possibly Russell Gage.
Added 5:29 pm (EST)
Added 5:29 pm (EST)

C. Carson - RB
SEA1
Seahawks head coach Pete Carroll said RBs Chris Carson (foot), Carlos Hyde (hamstring), and Travis Homer (knee) will be game-time decisions in Week 8.
It shapes up to be a headache for fantasy players. The Seahawks play at 4:15 p.m. eastern time, so fantasy managers should keep tabs on Seattle's inactives, which usually come out 90 minutes before kickoff. If Carson and Hyde are out, Homer and rookie DeeJay Dallas figure to split the backfield against the 49ers. Plugging an active Hyde into your lineup comes with its own risks of in-game aggravation of his hamstring injury. It might be best to avoid the Seattle backfield in seasonal leagues this week, if possible.
Added 5:00 pm (EST)
Added 5:00 pm (EST)

D. Samuel - WR
SF1
49ers WR Deebo Samuel (hamstring) is out for Week 8 against the Seahawks.
This was a formality after Samuel missed practice all week and head coach Kyle Shanahan said the receiver would probably be out through Week 9 with the hamstring issue. Brandon Aiyuk and Kendrick Bourne should see a bump in touches in a mouth watering matchup this week. The two wideouts saw almost identical snap counts and Bourne led the team in targets when Samuel missed the season's first month. But last week against New England, Aiyuk had seven targets to Bourne's one.
Added 4:34 pm (EST)
Added 4:34 pm (EST)

C. Hyde - RB
SEA1
Carlos Hyde (hamstring) is doubtful for Week 8 against the 49ers.
Meanwhile Chris Carson (knee) and Travis Homer (knee) are both questionable. Odds are both are deemed active with DeeJay Dallas Sunday while Hyde rides the pine. Dallas would garner high-end RB2 status if all are ruled out, but that decision will have to wait until Sunday morning.
Added 4:12 pm (EST)
Added 4:12 pm (EST)

C. Carson - RB
SEA1
Chris Carson (foot) is questionable for Week 8 against the 49ers.
Odds are Travis Homer (knee, questionable), Carson, and rookie DeeJay Dallas are all available since both Homer and Carson were upgraded on the final injury report. Dallas would obviously become the workhorse if none, including Carlos Hyde (hamstring, doubtful), are active on Sunday. Carson as always would lead this backfield in touches if he's cleared.
Added 4:12 pm (EST)
Added 4:12 pm (EST)