Fantasy Basketball - How to Handle the Return of the NBA 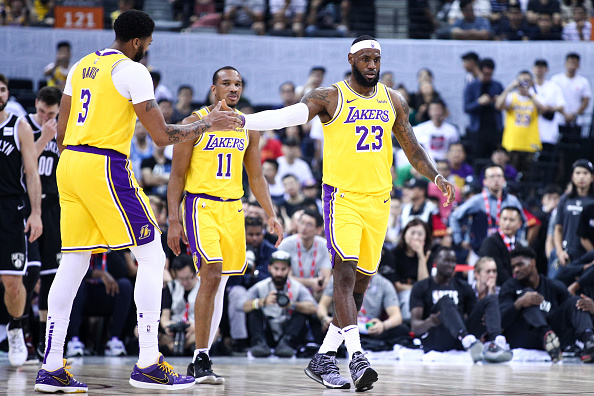 The NBA is returning to action on July 31st (target date) and 22 teams will continue their season. Besides the teams currently seeded in the Playoffs, the league is allowing an additional six teams that are on the outside looking into the playoff picture to compete for the final spot in both conferences. All of the action will take place at Disney World and the 2019-2020 season is expected to conclude by mid-October the latest with the following season scheduled to start on December 1st.

There will be eight regular-season games played and then if there is a ninth seed that is within four games of the eighth seed, that team will need to beat the current eighth twice in a row to overtake them for the final Playoff spot. After that, the NBA Playoffs will begin as normal with conference play (same format with best of seven series) to crown a champion for the 2019-2020 season. The only team competing to overtake the final spot in the Eastern Conference is the Washington Wizards because they were six games behind the Orlando Magic. For the Western Conference, the Portland Trail Blazers, New Orleans Pelicans, Sacramento Kings, San Antonio Spurs and Phoenix Suns all finished within six games of the Memphis Grizzlies and will compete for the final spot. It will surely be fun and unique and will have no fans throughout the rest of the season and Playoffs. There will be no home-court advantage for the top seeded teams unfortunately.

While we should all rejoice that the NBA is returning to action, this means that fantasy basketball season-long leagues have concluded. We’ll still be able to play DFS and place bets and we’ll have a ton of content to lead you to victory! Eight of the teams (Hornets, Bulls, Knicks, Pistons, Hawks, Cavs, Timberwolves and Warriors) won’t be competing at all for the rest of the season and because the balance is off, there is ZERO way to continue your season’s as is. As league Commissioners, this leaves you with two options regarding what to do with league prizes. It isn’t an easy decision, but this is why you’re trusted as the head of the league. Sometimes in fantasy sports tough decisions need to be made and this is one of those times. 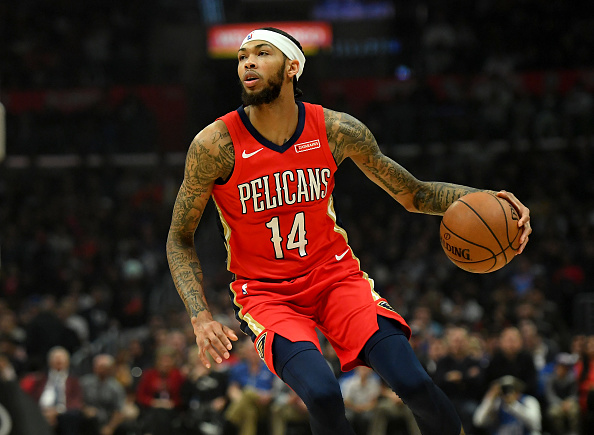 OPTION 1: Refund The League: As easy of an option as this looks like, the counter that most of the season had been played when the league decided to suspend the season on March 11th is justified. For head-to-head leagues, most were a week if not days away from the playoffs beginning in their leagues and some teams were likely clinched. Refunding the league takes the tough decision on what to do with prizes out of your hands. This seems like a more fair option if 80% of the season had not been completed; but it was! If leagues offer prizes of weekly payouts for high score of the week and end of season awards such as “most points” or “regular season champ” and those prizes were clinched by teams before play was halted, why shouldn’t they be rewarded their prizes. There’s not right or wrong answer. It’s about your comfort with your league and as Commissioner, your ruling should be trusted out of good faith. Why should teams who had no shot at winning the league be rewarded? They shouldn’t!

OPTION 2: Restructure Prize Distribution: In my home league that I lead, I am in first place, clinched all of the regular season prizes that my league provides, but I will not be taking my full cut of the prize-pot dedicated to the Playoffs. I will be taking some of those winnings, but Playoff teams will automatically be receiving payouts as well. If you’re in Roto leagues and you feel that there were certain teams in striking distance of prizes, you can reward them with a payout dividing the winnings. It stinks for the team that is in first, but, we as Commissioners have to look to be fair and impartial, even if it impacts dominant teams. If a team was 20 points ahead of everyone else, that’s justification enough that they should be rewarded their full prize because 20 points is very hard to make up in a month. This is your decision and if leaguemates can’t respect your decision during this tough time, you can always find people to take their place next season.

OPTION 3: Playoff Contest: This isn’t the ideal option because it essentially hits the reset button on your season and starting a whole new contest for prizes that were not intended for this. It’s a bit unfair to those teams at the top of the standings that built solid foundations and it completely evens out the playing field and doesn’t give the member of your league in first place any incentive to play. You could take some of the winnings and dedicate it to a post-season contest and reward the rest of the winnings to the league-leading teams, but it will get messy. It is possible to do and hopefully a website can make it work for you and you don’t have to score it on your own like we had to in fantasy sports back in 1992.

BE CAREFUL: Voting: With league prizes on the line there will be a lot of bias from different league members regarding what to do if you put it up for a vote. If you’re dead set on creating a Playoff contest, voting on how to execute it is totally fine. Besides that, I would recommend that you do not put what happens to the league up for a vote, especially if you as the Commissioner are unsure what to do. It will create problems and drama that you don’t need to deal with. It will put a lot of extra stress on you and you’ll have different members of your league pulling you in 1000 different directions. Make the decision! Be the leader! Be fair!

If you aren’t a Commissioner, just remember that this is a very tough time for your league Commissioner and you need to understand that no matter what decision is made, someone is likely going to be unhappy with the decision and that’s not easy for the person in charge of your league. Understand that we are in strange times and haven’t had to deal with this much throughout time across all sports. Support your Commissioners and know they have the best interest of the league at heart. There isn’t a right answer regarding how to handle this situation, but there are options and if you need any additional help figuring this out, you can always tweet me @FenstySports. I am happy to assist in any way and as I stated above, I am personally going through this in my home league as the Commissioner who went 18-1 on the season and clinched all of the regular season prizes. It’s not easy, but the #FAmily is here to support you!