How to Handle the End of the Fantasy Basketball Season 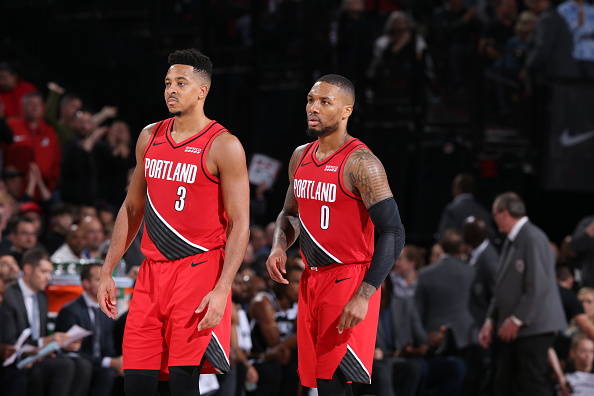 Being a Fantasy Sports League Commissioner is a thankless job in general. Yes, as Commissioner that person gets certain “powers” depending on league rules, but they also get a ton headaches to deal with. It’s now 100 times worse with the fate of the NBA season undetermined if you’re a Fantasy Basketball Commissioner. Decisions won’t be easy to make but it’s up to YOU as the Head Of The Board to not allow your power consume your mind and make things unfair and just as well to not allow your league-mates to eat you alive.

If you’re not a Commissioner during this time but are participating in a fantasy basketball league, understand that there’s truly no right answer. Don’t make things tougher than they are already for your league’s Commissioner. A lot of the Head To Head leagues were in the final week or two of the regular season heading to the fantasy playoffs and Roto Leagues had about a month of regular season action left to go. A lot of the season was completed. The NBA is very likely to skip the end of the regular season and go straight to playoffs after a training period. This leaves all of us currently in fantasy purgatory a few options.

This isn’t going to be easy once the decision comes down, but we’re not doomed. There are options. The fantasy league doesn’t have to fold. It’s up to everyone in the league to work together. Not everyone is going to be happy, but the league must come up with a logical decision that will please most involved. There is a certain number of teams in each league who didn’t have a chance to win their league when play was halted. Don’t make this harder for the league just to get a rise out of people, entertainment or anything of that nature. We’re in tough times and expectations must be lowered but there are solutions out there.

OPTION #1: PAY THE LEAGUE OUT: Take prizes dedicated to the fantasy playoffs and if it’s cash, give all teams qualified for the playoffs a small payout for clinching. You can still give end of season awards if prizes/payouts are involved. Give the winner of the league a bigger percentage of all of the playoff money, but not what the winner would have received if the league had been played out crowning a champion. If the league is a Roto format and first place had a lengthy lead, have that player get a bigger percentage and reward second and third place. I’m not into third place prizes normally, but being that we are in these types of times, it definitely makes sense for this particular format. If the Roto league standings were close, within 10 points off the lead, pay those players top prizes that were within 10 of the lead. This number could vary based off preference, but with no runaway winner, it rewards the teams still in contention just like it rewards the teams that would have been the lower seeds in the fantasy playoffs in head to head.

OPTION #2: PLAY THE LEAGUE OUT: Current 1st place teams probably won’t like this but it’s better than nothing and it involves a game of skill. Once we get the green light that the NBA is returning, fantasy players will be begging for contests to enter and more playoff contests will form. If your head to head league qualifies four teams for the playoffs, have those four-six teams in the playoff picture have a draft involving players in the playoffs and then you can either keep stats by hand, or wait it out and see if a website pops up offering playoff contests and you can sign up and run it through a website. Don’t be surprised if you see websites open up Playoff Leagues because sports fans will be looking to get involved once sports return. While it doesn’t allow the 1st place team to have their own team, an idea to invoke fairness to league leaders is to give the team currently in 1st place their choice of draft position for the playoff draft and then go down the line based on standing. There’s no one format to use in this type of game. You can go elimination (points league) style where once one of your players is eliminated from the playoffs, you can’t replace him. Another option is to run it like a normal fantasy league and have waivers that way it mimics how regular-season leagues are run. If you’re doing this freehand, don’t make it too hard yourselves and don’t allow player replacements unless you’re willing to keep track. You can give teams one or two pickups once players are eliminated and that’s all. Not too hard to keep up with. With not a lot of teams involved, the player pool size shouldn’t limit competitions at all. Be creative! What else is there to do right now?

OPTION #3: THROW ALL HOPE OUT: This is the “refund the league” option. It’s easy! Makes like it never happened! Solves all problems right? Nobody loses anything financially! It’s all good right? WRONG! While it’s the easiest option, it isn’t fair to those teams leading the league. A good amount of your league leaders have led for most of the season and to just take that away is immoral. While that league leader isn’t necessarily locked in to win the Championship, they were pretty darn close and deserve to be rewarded. The season will likely be taken away from them. Don’t let the fantasy season be taken too. If you don’t want to commit to a playoff league, at least give prizes to those leading the league. A good portion of the league is already out of contention at this point. The prizes were lost anyway. It’s not always easy taking the easy way out. Find a way to make it right. Most of the season was completed. I don’t support throwing away the season.