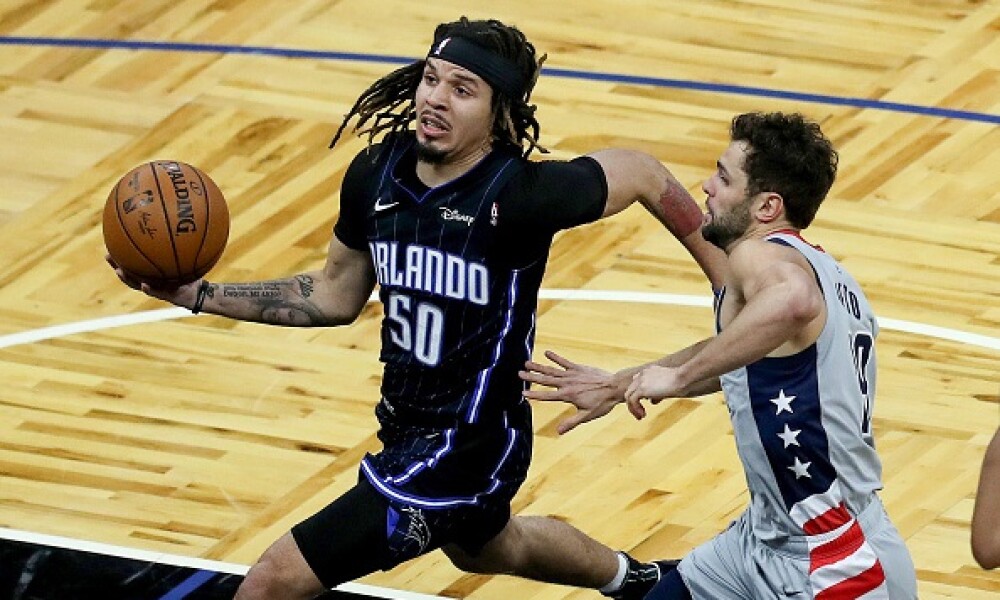 Fantasy basketball playoffs are here and the waiver wire has some treasures on it with some of the NBA teams opening up their team rotations. For those in roto leagues, you’ve entered the final few weeks of NBA action and we have to get our teams in order and there will be some of your season-long studs that might get benched. Teams like the Pistons and Raptors have already started benching players. Now isn’t the time to sleep on your team. You must always be one step ahead of the game. Teams not contending will let their younger players have longer leashes when on the court.

Cole Anthony PG ORL-36% Investment: Over his last handful of games, we’ve seen Anthony hit double-digit shots more often than not and he’ll get all of the reps he can handle for the rest of the season with the Magic heading towards the lottery. Anthony lost some time due to an abdominal injury and now that he’s back, and looks very fluid when running the floor, go add him. He’s scored 12 or more points in 4 of his last 5 games. He’s grabbed four or more boards in three of his last five games and he also grabbed steals in three of them. Anthony’s shot selection has improved throughout the year. He’s become more patient and his shooting percentages are starting to reflect that. Anthony has also dished five-plus dimes in four of his last five games.

Isaiah Stewart PF, C DET-40% Investment: The Pistons have rested Mason Plumlee a decent amount and even the breaks are being pumped a bit on Jerami Grant . Detroit is trying to see what they have in their young pieces. Stewart has grabbed at least 12 rebounds in his last 2 games. He has also been helping out more on the offensive end and he scored 12 or more points in 3 straight contests. Stewart’s aggressiveness has improved in the post as well. His jumps are timed a lot better. He’s not going for the fake and the Pistons will reward him with more minutes down the stretch. Not only is Stewart coming off of back-to-back multi-block games, but he's actually blocked shots in five of his last six outings. He hasn’t received fewer than 20 minutes in almost 3 weeks and even if Plumlee is active, we can still trust Stewart. Plumlee will be rested to start the week.

Reggie Jackson G LAC-31% Investment: The Clippers have been messing with us all season with their rotation of players, but since Patrick Beverley injured his Hand, Jackson has stepped up. In fact, not only has Jackson been playing deep into games lately, but he’s been taking more shots. Jackson has scored at least 12 points in 5 of his last 6 outings. Jackson has produced at least four dimes in four of his last five games. What makes Jackson very appealing has been his rebounding. We always look for guards to grab at least three rebounds to take the statistic and production from that player seriously. He’s actually grabbed four or more rebounds in five of his last six games. Expect him to hit the 30-minute mark in the majority of his games this week. Jackson also speeds up the tempo of the Clippers offense. They run a very slow methodical half-court style of offense and Jackson changes the pace.

Chuma Okeke PF ORL-33% Investment: The Magic need all of the help they can at defending the rim and Okeke has been saving fantasy basketball season’s down the stretch (props to Fantasy Alarm’s James Grande for putting him on our radars prior to the start of the season). He’s been more than just a big body as he’s taken double-digit field goals in each of his last four games.  He’s scored 14 points in both of his last 2 outings. He has strong leaping ability and he’ll do the dirty work in the lane and look to grab loose balls, sacrifice his body when the opposition is driving and let’s face it, the Magic don’t have many other options down low. It’s pretty much Wendell Carter Jr. and that’s about it. Okeke has blocked shots in three of his last four games and he’s coming off of a four-steal game.

Landry Shamet G BKN-6% Investment: With James Harden working his way back to action and Kevin Durant getting banged up, this could open up the door for Shamet to get more playing time and shots. Shamet has hit the 20-point mark in both of his last 2 games and he came close in the previous 2 contests. Shamet has seen at least 26 minutes of action in 3 of his last 4 games and while he could be a little scoring reliant, he’s shown signs of helping in other areas. He’s done just enough when it comes to dishing dimes producing three in three of his last four games. Shamet has the ability to both run the point and play off the ball. The Nets need scorers as their frontcourt won’t be able to help them out too much and Shamet will be needed a bit more. For this week, Shamet is a good final player off of your bench, but, if James Harden returns this week and his shots go down, throw him back in the player pool. He has also grabbed steals in three of his last five games.

Grayson Allen SG, SF MEM-28% Investment: With some of the Grizzlies wing players hurt, Allen has been benefiting by getting more playing time. He’s played 32 minutes or more in 3 of his last 4 games and he’s scored in double figures in all 4 and exceeded 20 points in 2 of those games. He’s grabbed multiple steals in two of his last three outings. Allen can technically play three positions as he’s used to bringing up the ball and he can shift to PG if needed. Allen has grabbed three or more rebounds in each of his last four games. Luckily for Allen, the schedule works in his favor this week because he plays the Blazers twice and they don’t play good defense and he should be able to take advantage of the team’s second unit when he gets to lead the reserves. Seeing him take double-digit shots in three of his last four games is very encouraging.

Marcus Morris PF, C LAC-33% Investment: It doesn’t make sense that Morris is still pretty available and it doesn’t matter if Kawhi Leonard is in or out of the lineup because Morris has a good combination of floor-stretching ability on the offensive side of the ball and he has strong enforcer skills on the defensive side of things. He’s scored 15 or more points in each of his last 4 battles. Leonard may miss one or two games this week and that will give Morris more shots. Morris has also grabbed steals in six of his last seven games. He’s a strong three-point shooter and outside of blowout situations, Morris should regularly hit the 30-minute mark. It’s also encouraging seeing him grab six or more rebounds in three of his last four games. Serge Ibaka ’s health has also benefited Morris because he’s been able to steal extra C minutes helping out Ivica Zubac .

Reggie Bullock SG, SF NY-15% Investment: The Knicks don’t have a lot of SF options even though they have a good amount of PG and SG options. Bullock has been mainly a bailout shooter from beyond the arc, but lately he’s been doing more and because we don’t know when we’ll see Alec Burks take the floor again, Bullock will see a slight uptick in minutes and shots. He’s played at least 35 minutes in each of his last three contests. He’s hit double figures in scoring in each of his last five contests. He even pulled down four or more rebounds in three of his last four games. Bullock is a strong perimeter defender who has been excellent at anticipating screens and fighting through them to stay in front of his defender. He’s grabbed steals in three of his last five games.