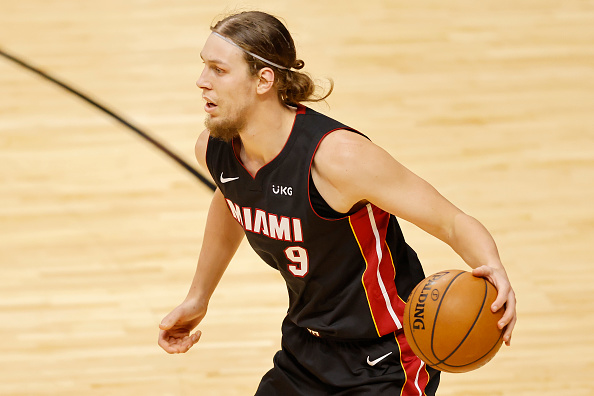 With the NBA trade deadline in our rear-view mirror, let’s talk about how to take advantage of the deadline when it comes to the waiver wire. Teams open up their rotations and as we’ve seen, veterans are often released or benched and that opens up more minutes. For example, the Thunder are benching Al Horford for the rest of the season and that will open up a ton of minutes for Moses Brown and others (see below for more). For those that need to strike power on the waiver wire, think more short-term, you don’t have the same luxury as other fantasy league competitors who have clinched the playoffs. Play for today and keep a spot or two open so you can continue to invest on the waiver wire regularly.

Nickeil Alexander-Walker SG, SF NO-32% Investment: There is an interesting situation brewing in New Orleans and it’s centered around Lonzo Ball who is currently dealing with an injured Hip. The Pelicans were unable to move him and there’s curiosity whether or not he’s as injured as being advertised and is just dealing with issues with the organization. Regardless, Alexander-Walker has proven that he deserves more minutes. He’s played over 30 minutes in his last four games scoring at least 14 points in all of them. Alexander-Walker is more of a shooter, but has playmaking ability and can bring up the ball. Alexander-Walker has grabbed five-plus boards in his last three games. He’s a good defensive guard on a team desperate for defense. He’s grabbed steals in six of his last seven contests and he’s blocked shots in five of his last six outings. The minutes boost should stick as Alexander-Walker is a piece for the Pelicans future roster build and should be solidly in the rotation the rest of the way.

Saddiq Bey SF DET-35% Investment: Despite trading for Hamidou Diallo , Bey will still be prioritized in the Pistons offense. Delon Wright being off the team helps players like Bey and Josh Jackson . He’s scored 14 or more points in four of his last six games and he could very turn into the team’s second scoring option behind Jerami Grant . He’s exceeded his rebounding average of 4.2 in 4 of his last 6 battles. Most nights Bey will get double-digit shots and he’ll even get a little time to bring up the ball. He helps a bit defensively at the elbow and he’s blocked shots in two of his last three games. The Pistons are going nowhere and the coaches have proven that even in times of struggle for Bey, they’ll let him work through it and that will lead to him getting more reps and a longer leash thus giving him a safer floor.

Kelly Olynyk PF, C HOU-33% Investment: If you thought Olynyk had a good situation in Miami with lack of PF depth, it only gets better as the Rockets are figuring out how to mold the depth they traded for. Olynyk should be able to keep his value even when Christian Wood is healthy. He can serve as the team’s back up C and he can obviously help stretch the floor on offense by hitting three-pointers. He has a few good matches coming up in the next week and he should be able to keep his scoring in double figures. Olynyk is grabbing six boards per game and he even has grabbed steals in seven of the last eight games he’s played in. He’ll help a bit with blocks. The Rockets are in full rebuild mode, but they will get destroyed inside if they don’t have Olynyk playing at least 25 minutes per game. View his fantasy value as short-term for now, but Wood has been no stranger to injury this season.

Theo Maledon PG OKC-10% Investment: With Shai Gilgeous-Alexander out of the lineup, there are a bunch of open shots for the taking in OKC and Maledon has been regularly seeing playing time in the 30s and that is how it should be moving forward. Don’t be surprised if Gilgeous-Alexander is done for the season with his injured Foot and that would mean Maledon should be able to score in double figures and dish at least five dimes per game for the rest of the season. Maledon has been helpful on the boards as well grabbing four or more in each of his last four games. He’s been helpful defensively on the perimeter by grabbing steals in each of his last four games. The shots and playing time have been there for him and even though Ty Jerome will be on his tail to take a few minutes away from him, Maledon is the more proven player in the Thunder’s rotation.

Marcus Morris PF, C LAC-23% Investment: Serge Ibaka ’s Back continues to keep him out of the lineup and Ivica Zubac needs help and Morris has been able to hit three’s on offense and act as an enforcer at the elbow on defense. Prior to hurting his Calf, Morris showed signs of upping his rebounding and now that he’s healthy again, he should get late-20’s minutes moving forward and he should play over 30 minutes in a decent amount of games moving forward. Morris has long-term appeal as the Clippers could look to slow-play Paul George and Kawhi Leonard as the season winds down and Morris will see more shots in those situations. Nicolas Batum is also around and will see more minutes, but Morris is a tougher defender. Morris has scored 19 or more points in 2 of his last 3 games.

Aleksej Pokusevski SF OKC-18% Investment: As mentioned above, the Thunder have a lot of open minutes up front and Kenrich Williams won’t be the only player taking advantage. Let’s not forget that Darius Bazley is currently week-to-week with a Shoulder injury and it doesn’t seem like he’ll be taking the court anytime soon. Pokusevski has seen his minutes blossom over the last few weeks and he’s exceeded the 30-minute mark in his last 3 games. Pokusevski has scored 13 points and dished 5 dimes in 2 of his last 3 games. He’s been helping out at the elbow as well on defense and has blocked shots in each of his last three games. Pokusevski is good at running the floor and clearly has a safe floor when it comes to playing time. He should see double-digit shots most nights. Pokusevski has clearly benefited from Shai Gilgeous-Alexander being out and will continue to get time bringing up the ball and that will result in more dimes.

Jae’Sean Tate SG/F HOU-33% Investment: Even though Tate’s scoring has been a bit inconsistent, the minutes and shots are there. With Victor Oladipo traded and Eric Gordon injured, Tate should see a few more shots. Right now, the trends are showing him at eight to 10 per game and that should slowly improve. What also helps Tate’s value is his versatility and ability to play at multiple positions and the Rockets certainly need more PF depth and he’ll get to play at that spot a bit more moving forward. Tate has grabbed six or more boards in four of his last five contests. He’s grabbed steals in three of his last four games and Tate has even blocked five shots total in his last two games. Despite not hitting double-digit shots in recent games, he’s hit double figures in scoring in three of his last four games. Expect Tate to play mid-30’s minutes most games.

Talen Horton-Tucker SG, SF LAL-27% Investment: At this point, this is more of a speculative investment because there are reports out there that trade talks between the Lakers and Raptors fell through because the Lakers refused to involve Horton-Tucker in a trade for Kyle Lowry . While any team trading for Lowry was risky, Horton-Tucker being the “make or break” player of the deal shows that he could be in line for a lot more involvement in the Lakers offense moving forward. LeBron James will be out for at least a few more weeks and we don’t know when we’ll see Anthony Davis back on the floor. Horton-Tucker has exceeded the 20-minute mark when it comes to playing time in 2 of his last 4 contests. He scored 15 and 17 points in those games. Horton-Tucker has dished at least three dimes and grabbed a steal in three of his last four contests. He was given 32 minutes of action last game and he scored 15 points and grabbed 2 steals. Expect him to have more games shooting 10 shots or more over the next few weeks.