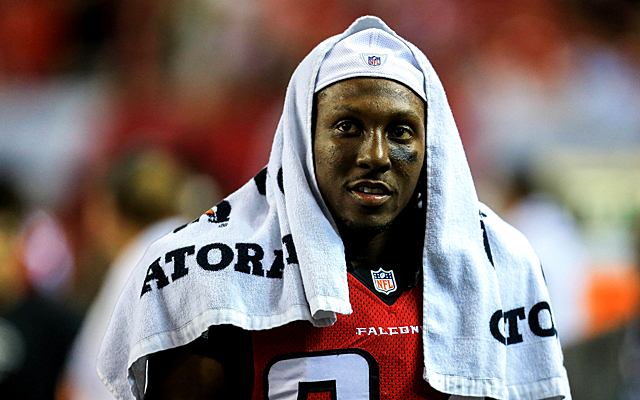 Here is the Training Camp Reports for Wednesday July 30:

You may have noticed a lot of NFL transactions have been occurring over the past few days most of which involve putting players on the PUP list. So what is this PUP list anyways?

The acronym PUP stands for Physically Unable to Perform. Before the regular season players can be put on and taken off the PUP list at any time providing they have not yet participated in a team practice.

There is a regular season version of the PUP list and once a player is placed here, he is ineligible to be removed until week seven of the regular season.

Teams also are putting players on the NFI or non-football injury list right now. This designation is similar to PUP in that players are considered currently active and have not practiced with the team yet. However this list is for players who are not technically injured but have non-football related reasons for not participating.

Here is a quick list of players who have been placed on either the PUP or NFI list so far this week:

The Curious Case of Roddy White

I don’t know about you guys, but I feel a lot better about players who are returning from surgery than those who elect not to have it. An elbow irritation is baseball to me is death. A pitcher coming back from Tommy John surgery however is less likely to need it again anytime soon. In football, I like my RB’s & WR’s with either no knee irritation or back after surgery. The lingering pain thing often results in missed practices, uncertain statuses, missed games and poor performance. Oh, and more often than not it also leads to SURGERY!!

Falcons WR Roddy White has been suffering from lingering knee pain for the last couple of seasons. Yesterday we received word that he was having his knee drained of fluid that had built up and has been causing him pain. White shrugged this off saying that he plans on having his knee drained several times this season in order to not miss any time on the field.

I don’t like the sound of any of this. Do you?

Evidently Roddy White had the option to have cartilage in his knee surgically repaired two years ago and refused stating that he “wasn’t a surgery guy.” Well last I checked he isn’t a “doctor guy” either and at 34 years old this lingering issue has me quite concerned.

I’ve lowered White in my updated rankings (down to #31 from #23) as a result of these findings. Although I cannot rule out a productive season from the veteran wideout, his lingering injury situation accompanied by a change in offensive format leads me to believe that most of his fantasy production is fading away in the rear view mirror.

It Was A Good Run

Darren McFadden’s reign atop the Cowboys RB depth chart has officially ended with Jerry Jones stating yesterday that Joseph Randle was the Cowboys RB1 heading into camp. This announcement was followed up by the team placing DMC on the PUP list due to a hamstring issue which surprised nobody.

If you want my opinion, the Cowboys are going to eventually sign former Titans and Jets RB Chris Johnson at some point in the next few weeks. McFadden had a golden opportunity to thrive in Dallas but if you can’t get healthy in four months than you really are of no use in this league.

Consider Randle a strong selection as an RB2 right now with high RB1 upside if he can hold onto the job. If and when Chris Johnson signs I would immediately make him the handcuff for Randle and consider that a pretty formidable duo heading into the regular season.