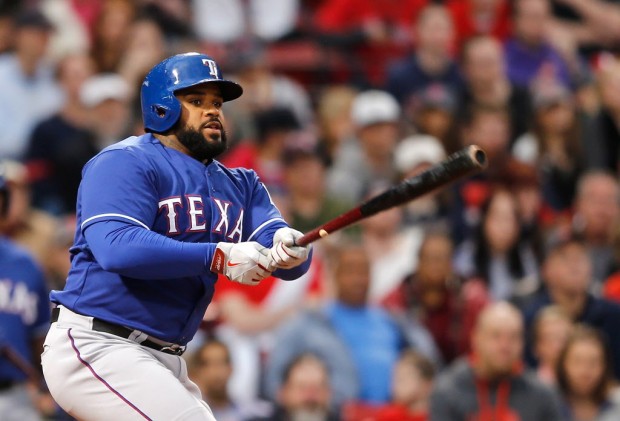 The following is an excerpt from the 2015 Fantasy Alarm Fantasy Baseball Draft Guide which is on sale now:

One of the most important aspects of preparing for your fantasy baseball draft is to keep a close eye on players that are coming back from serious injuries. That is because injured players can sometimes fall off of fantasy GMs’ radars and allow you to draft them at tremendous value. In 2014, there was no shortage of injuries to impact players, which likely had some effect on the outcome of your league. So let’s take a look at some of the biggest names coming back from injury that you should keep tabs on.

Big things were expected of Fielder upon his arrival in Texas but it became immediately apparent that something wasn’t right physically with him. Fielder had played all 162 games for three years in a row and never less than 157 games since his rookie season in 2005. But after hitting only three home runs in 42 games, the Rangers shut him down with a neck injury and Prince opted for season-ending surgery. Fielder underwent a cervical fusion between C5-6 in May 2014 and left fantasy GMs with a gaping hole in their lineups. He was already doing some hitting by the end of the 2014 season and is expected back at full strength by spring training. He is no longer a lock for his usual production, but barring any setbacks he could be a great value as he takes advantage of the warm Texas air.

After a breakout season in 2010, Carlos Gonzalez became one of the most sought-after players in fantasy baseball. His rare combination of power, speed and batting average made him an instant first-round pick. But he maxed out at 145 games played that season and has been in steady decline since 2012, including appearing in only 70 games in 2014 due to several different injuries, including a patella tendon issue in his knee that required surgery in August. When healthy, CarGo is a five-category roto stud. The problem is that he cannot stay on the field long enough for GMs to reap the rewards. He is too untrustworthy to spend a top-level selection on draft day.

Bailey turned a solid 2013 season into a $100 million contract and promptly disappointed the Reds and fantasy GMs with a less-than-stellar performance in 2014. His season was cut short due to an elbow injury, which required surgery to repair a flexor tendon in his elbow. Bailey is on track to be ready by spring training and will attempt to live up to his contract as a front-of-the-rotation starter for Cincinnati. At this point, he’s more of a depth play at starting pitcher than someone you should be looking to build your staff around.

It feels like Cain has been around forever, yet he is still only 30 years old. He had been one of the most durable pitchers of the last decade, throwing at least 190 innings every season from 2007 through 2012. The wheels started coming off in 2013 with an awful first half, but he bounced back nicely in the latter part of that season. However, 2014 was an unmitigated disaster as he finished 2-7 with a 4.15 ERA in only 15 starts before he was shut down with bone chips and spurs in his right elbow and right ankle. He is expected to be ready by Opening Day, but Cain is no longer able to be trusted as a top-tier fantasy starter.