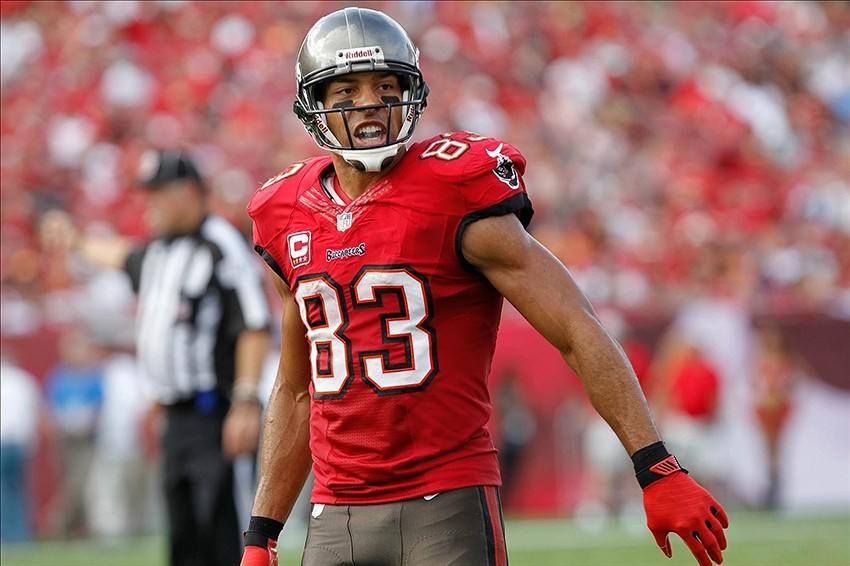 Were you one of those people who liked report card day back in school? I wasn’t but not for reasons that you might think. Being the youngest of five my parents really didn’t care what kind of grades I got because at that point they had seen it all. Even at a young age I had a thirst to learn and to know. I would pay attention to the things that I wanted to learn about and drift off when the class was talking something I didn’t care about. This happens in fantasy sports all of the time except now I am the teacher, which sucks a lot more than I thought it did by the way.

So each week I will be going over all of my rankings, projections, lineup advice and strong opinions and letting the record speak for itself. Obviously this is a risky proposition considering if I am wrong too much it could be a severe hit to my career. But I have confidence because fantasy football is something that I love and have a desire to learn about every single day. So despite the risk, I accept this challenge.

Here is the second edition of Right, Wrong or Indifferent taking a look back at NFL Week 5:

I am putting Thomas in the “Right” pile this week for a number of reasons. First, and most importantly I have spent the better part of two weeks now begging and pleading with anyone who would listen to trade for him. He was on every single of my buy low lists as it was just a matter of time before he had a huge game like this. Another reason was that I heard that DeMaryius Thomas was ranked outside of the top 10 of fantasy WR’s this week on some analyst’s rankings. Maybe that was what lead to six phone call questions this week on my SiriusXM show on whether to start Thomas. Obviously this looks ridiculous now but two of those calls were as late in the week as Friday night. Sometimes we fantasy players get too up in our heads and try to make the crazy bold move when it’s the obvious ones that get in our way sometimes.

All of the talk about Isaiah Crowell and Terrance West has really bothered me. I understand that Ben Tate has been injury prone in his career so that part doesn’t bother me. But those who genuinely thought that Tate wouldn’t be the Browns leading ballcarrier or that he would split time were out of your minds. His 22-123 on Sunday put all of those concerns to bed. I love this Cleveland Browns rushing attack this year. Now that Tate is healthy and has his bye week behind him already he is going to be a big factor in getting my teams into the playoffs. Tate is going to continue to be one of the highest volume RB’s in the NFL going forward.

Unlike DeMaryius Thomas V-Jax was buried in other folks rankings this past week. But I held true to Jackson and had him well within my top 15 WR’s this week despite the poor production so far this season. Mike Glennon has been a godsend for this Buccaneers passing game and in a nice matchup against the Saints it was a real bad idea to sit Vincent Jackson. I easily had a couple dozen V-Jax questions in email, Facebook & Twitter this week and am happy that I didn’t waver on him whatsoever this week.

I guess that every time Gates has a big game he is going to go in my “Right” column. It’s insane how many people don’t believe in him despite his real good numbers last year and his strong start to the 2014 campaign. Unless you have stud TE’s like Jimmy Graham, Julius Thomas & Rob Gronkowski I see very little reason for ever sitting a guy like Antonio Gates.

Cooks is a guy a lot of people had questions about heading into week five. My advice for the past few weeks about Cooks is that he is an absolute must start in PPR formats while a matchup play in standard league formats. That advice proved to be spot on once again as Cooks racked up 9 catches for just 56 yards receiving.

I had this guy on my radio show two weeks ago when just about nobody knew his name. I specifically asked him how in the hell he kept breaking big play after big play and whether it was bothering him that he got so little attention. The kid was as humble as can be and went out the past two weeks and made two more big plays. Last week it was a 48 yard TD run against the Vikings and this week he took a three yard screen pass and turned it into a 74 yard TD. Watching the amount of football that I do helps me immensely in being able to recognize immense talent well before the rest of the fantasy industry knows their name.

Two weeks in a row I have expressed confidence in him and two weeks in a row I have been disappointed. At home against a decimated Pittsburgh defense that has been torched by everybody else so far this year, was the perfect setup for a Bortles coming out party. Instead he was very mediocre once again and is now off the fantasy radar completely. I like the kids natural ability but when you notice a sudden and sharp regression in his game from when he took over for Chad Henne in week three, to having full practice sessions and snaps in week five, there is a problem. That problem in my opinion is in the offensive system the Jaguars are running and that isn’t going to change in 2014.

I told anyone who would listen that Sankey was going to have his breakout game this week against the Browns. Coming into the game the Browns defense had been giving up 6.2 YPC to opposing RB’s. Note that I specifically researched the RB position because teams had run with QB’s & WR’s against them without much success earlier in the year. Well low and behold the Titans did average five yards per carry on Sunday, but that was in thanks to WR Kendall Wright & Jake Locker combining for 6-77 running the football. What’s worse is that Sankey only got eight carries in a game in which the Titans had a 28-3 lead half way through.

What have we learned here Jeff Mans? I probably shouldn’t put so much trust into rookies I suppose. That was my exact problem here in week five as the rookies all let me down. Benjamin should have torn apart the Bears but instead he dropped three of his first four targets sending him into oblivion for the rest of the afternoon. He will be better next week and going forward but this one hurt me in seasonal and daily fantasy leagues quite a bit.

Many people were wrong in writing off Brady after his miserable Monday Night performance against the Chiefs in week four. But I own Brady in several leagues and told many of you that it was time to sit him for just about anyone else you have on your roster. Wrong move and Brady let us know it often on Sunday night.

Somebody tweeted me during the Sunday games that they were done taking DST advice from me this year. While I could argue that I have hit on teams such as the Texans, Bengals and Chargers in my preseason rankings, this is a very fair tweet. I have been BRUTAL in playing defensive roulette so far this year which I only can hope that has me poised for a big run to close out the season later on. I did hit on the Packers this week but this Browns pick turned awful immediately after that game started.

Unlike last week I am not taking responsibility for advising you to start Calvin this week because like it or not it was the right thing to do this time around. It wasn’t Megatron’s ankle that kept him from producing in the first half of the Lions game on Sunday. Matt Stafford completed just six passes in the entire first half against the Bills. Sitting him this week could have and quite possibly would have blown up in your face had Calvin Johnson not taken the helmet to knee/ankle that knocked him out of the game. I am super confident that if he stays in the game, not only do the Lions win in regulation but he would have racked up some solid if not spectacular numbers in the second half.

To half of you, I was really high on Forsett heading into week five. To the other half of you, I wasn’t buying in to him whatsoever. This all depended on whether you were asking me about a PPR or Non-PPR league format. Granted, Forsett produced at a high level no matter what style of league you played in but splitting carries between three RB’s is not a positive fantasy situation. Obviously, the touchdown put him over the top but six carries is hardly the workload you were hoping for from Forsett if you were contemplating starting him in a Non-PPR environment.

I am never going to write the “Sr.” by his name so get used to that. But I knew that Smith couldn’t keep up that pace for long and that coming off of his emotional rampage against the Panthers there was going to be a letdown. I am fine with moving Smith up to low end WR2 status moving forward but in no way is he a #1 guy now.

I liked Travis Kelce heading into week five. That is to say, for the minimum salary on DraftKings in weekly fantasy football, I like playing Kelce in your TE spot. His matchup though was not a good one against the 49ers who had held opposing TE’s to under nine points per game over the past two seasons. Still, Kelce got the early TD on Sunday but then went completely silent the rest of the way. It is important to note that Kelce’s three consecutive TD’s over the past three games have traveled a total of three yards in the air combined.

Well I was right in that Robinson was by far the Jaguars leading receiver in week five but it wasn’t to the degree that I had hoped. Five catches for 51 yards is a solid outing for Robinson but I expected more output as a whole from this Jaguars offense. I really do like this kid going forward but if there is one thing we have learned from this week it is that we cannot rely heavily on rookies.