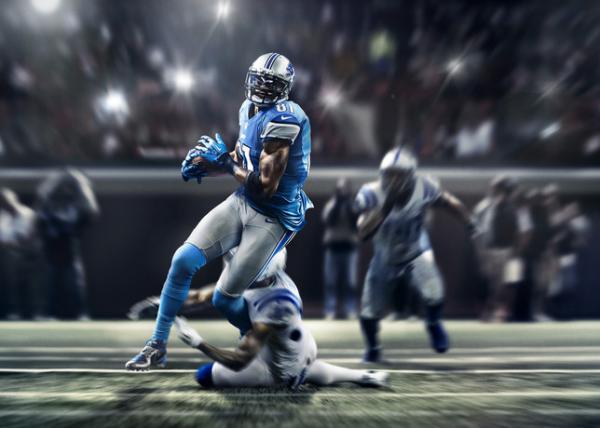 Injuries are the bane of a fantasy football owner’s existence. The NFL does such an amazingly poor job at reporting and acknowledging injuries and thus it makes it incredibly difficult to find useful information.

But on Friday’s the NFL has an obligation to report the true status of each player on every roster. It’s the closest we’ll get to knowing who is in or out for this week in the NFL. So the thing to do is to use this information along with the daily practice reports to sort out who is likely to play and sit this week. Only after the status reports come out on Friday does the rest of the week’s activity really make sense.

Let’s take a look at the Week 5 Practice Reports:

UP IN THE AIR

Another week and another questionable tag for the games biggest WR. Last week Megatron played just 37 snaps out of 66 total for the Lions offense. He was basically used as a decoy which is the absolute worst for fantasy owners. Johnson didn’t practice on Wednesday or Thursday but did get in a limited session on Friday. I have a much better feeling about him this week then I did last week at this time. Assuming he gets over 65% of the snaps on Sunday you absolutely have to start Calvin Johnson against the Bills this week.

There is virtually no way that Vernon Davis plays this week. Anyone who saw him stagger off of the field last week could tell he was in serious pain. I am guessing that this is a multiple week injury for Davis and that we don’t see him back on the field for quite awhile.

Andre Johnson said early this week that his ankle injury was “nothing to worry about” before getting in a limited practice on Thursday. The drama got real though when Johnson missed Friday’s practice altogether which puts him in a highly questionable state entering the weekend.

Decker needs to shut it down for a week or two in order to get his balky hamstring corrected. At this time last week I knew that Decker was going to give it a go but this week was different. He got in a limited practice session on Wednesday but was shut down on both Thursday and Friday. Either way you absolutely cannot play Eric Decker in fantasy this week.

Odell Beckham has not made it through an entire NFL practice at full strength yet. The Giants are very frustrated with his healing process but all would be forgiven if he could add another dimension to this Giants offense. Beckham was limited in practice all week but is getting real close to becoming a weapon for the suddenly resurgent Giants. I would roster him this week and see how many snaps he winds up getting against the Falcons on Sunday.

Remember Tavon Austin? He was once going to be a guy that nobody in the NFL could catch in the open field.  But instead he turned out to be just a tiny oft-injured special teams player. The Rams could really use his speed to complement Zac Stacy and Brian Quick for newly anointed QB Austin Davis. After three consecutive days of limited practice sessions I think it would be safe to think that Austin will return to the field this weekend.

It is very odd that Austin Seferian-Jenkins played all 71 offensive snaps for the Bucs in week four but then missed almost all week of practice this week. He did get in a limited session on Friday but there has to be some sort of setback that isn’t being reported. I really liked ASJ going into this week but at this point there is no way to count on him in week five.