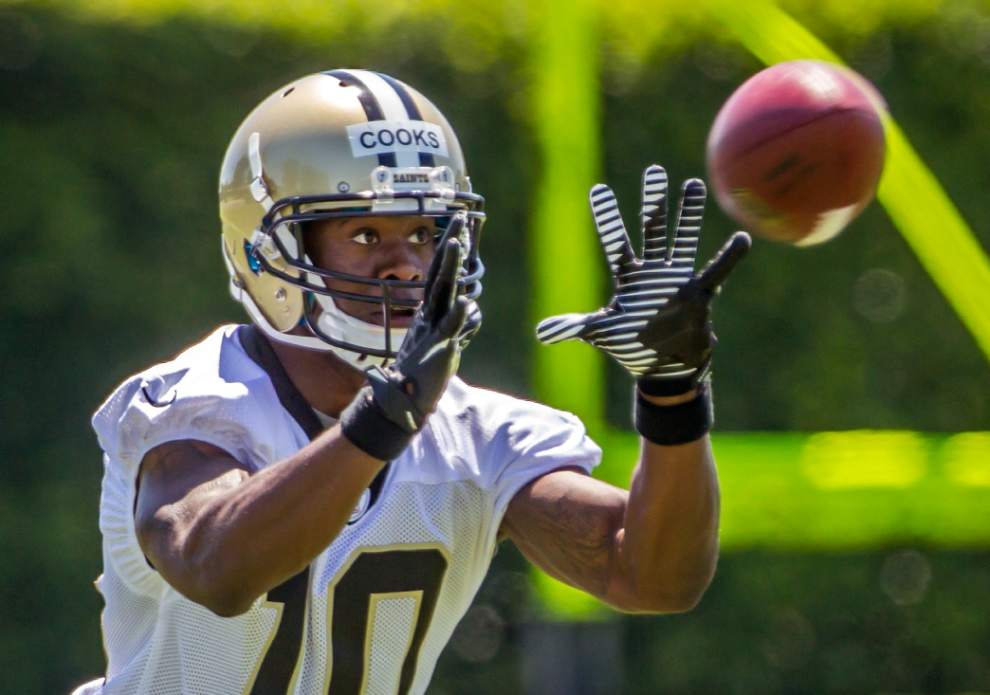 You can’t really put a label on a man until you know where he comes from or moreover what he has been through. Brandin Cooks grew up in northern California and is the youngest of four Brothers. His Father passed away of a heart attack when he was just six years old and the loss decimated his family for many years. With his childhood hero and older Brother Andre watching from prison, Brandin starred at football, basketball and track in high school before accepting a full scholarship to Oregon State.

While at Oregon, Cooks broke into the starting lineup as a true freshman in 2011. In 2012, he and Markus Wheaton formed one of the most lethal collegiate WR duo’s in modern history. Together Cooks and Wheaton racked up 158-2398 Yards and 16 TD’s in 2012 leading the Beavers to a 9-4 record and a birth in the Alamo Bowl.

The name of the game with Cooks is speed. While at Oregon State he also ran track setting several records including a 6.81 seconds in the 60 meters. Brandin Cooks won the Biletnikoff Award in his junior season after posting a ridiculous stat line of 128-1730-16. In just two years as a starter Cooks was one of the most prolific WR’s in college football history.

At the combine this year Cooks ran an amazing 4.31 in the 40-yard dash while also posting a 6.76 3-cone drill and 16 reps of 225 lbs on the bench press. He is a rare specimen in that he’s an exceptional athlete who is also a tireless worker. The adversity he has faced in his early years seems to drive him to get better and win at everything he attempts. Cooks is a great kid.

The limitations to his game are obviously in experience and stature. Cooks has only been a WR for four years at this point and thus is a fairly raw route runner. At 5’10” he isn’t going to win any jump balls or box out larger defensive backs. Cooks needs the ball in space to make the big plays that his speed begs for. To that end he has landed in one of if not the best place he could have here in New Orleans.

The Saints identified Cooks as a talent they needed early on in the draft process. Head coach Sean Payton has already installed some specific packages just for Cooks. The team was very careful to put too much on him at first but he has done nothing but impress with his work ethic and attention to detail.

Many speculate that the Saints will use Cooks in a similar way that they used Darren Sproles the past few years. While the numbers could be quite similar the plan will be much different for Cooks in the Saints offense. There will be plenty of slot and bubble screens but also quite a bit of quick slants and timing patterns to get the ball in Cooks hands in stride where he can do the most damage.

I don’t anticipate Cooks logging more than 80 receptions this year. I think that there are just too many variables against him logging that much volume in his first year. For the long term I am confident that Cooks is going to be a real strong fantasy performer in this Saints offense. But in 2014, we need to set reasonable expectations. If Drew Brees and company can get him the ball 60+ times there are going to be some real big plays at the Superdome this season.

If you want more in-depth knowledge on how to become a better fantasy football player, check out the 210 page Fantasy Football Draft Guide. We’ve got 550+ players ranked, 30 winning strategies from the best players in the world, every coaching system, offensive line and rookie broken down like you have never read before. Plus, you can get is ALL FOR FREE when you deposit into a NEW DraftKings account.